Lakers volleyball members eager to return for conference only play 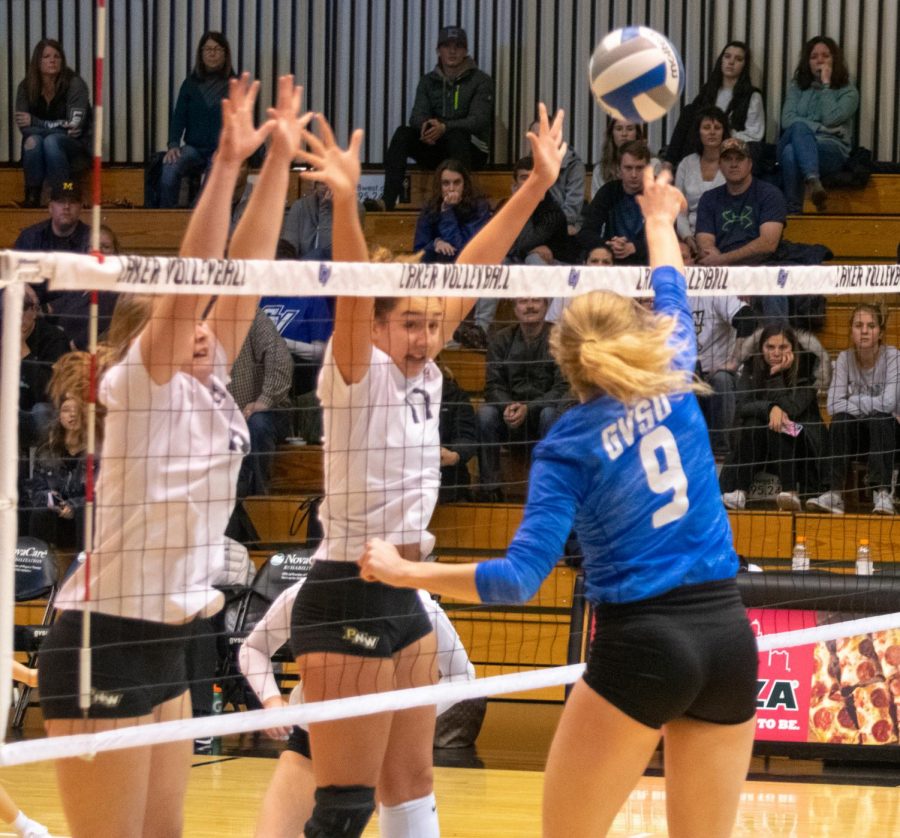 The Great Lakes Intercollegiate Athletic Conference (GLIAC) announced that fall sports are moving forward but with a twist: a conference-only schedule.

Grand Valley State University Women’s Volleyball team will hopefully be returning to campus for competition soon, and questions are still yet to be answered due to the looming concern of COVID-19.

Junior outside hitter Abby Graham knows that although the ability to play outside of the conference won’t be possible this season, the competition within the GLIAC will be at the same high-level it always is.

“Personally, I was originally disappointed to find out that we were only having a conference schedule this season,” Graham said “We had some fun pre-season tournaments scheduled, and the crossover in Indiana is always great competition. However, considering everything going on, I think it is the safest and best option. I totally understand why they don’t want teams traveling far. The circumstance has made me grateful that we have such great competition within the GLIAC.”

Junior Ali Thompson, a 2nd team All-GLIAC member and leader in kills for the Lakers in the 2019 season, is relieved that there is a chance at playing this season.

“I love that we are able to at least play our conference games this season, so I’m really hoping it continues as planned,” Thompson said. “It’s been a long time since we were all in the gym competing together, and I can’t imagine not being able to compete this fall. The message from the coaching staff has been, ‘be prepared.’ This is the motto that the army uses. They explained how we don’t know exactly when we are going to go into battle, so we need to be training hard to be prepared for whenever the time comes.”

The coaching staff for the volleyball team has expressed to all players to just be prepared. All players plan to train hard and be battle-ready for whenever competition returns. Even though preparation is on the forefront of the players mind, they still have concerns about the upcoming season.

“I have two main concerns going into the season,” Thompson said. “First, how is everyone going to be physically after so much time off? It’s been several months since we have all been together, so it’s hard to know if people really are in shape and strong. How are people doing with past injuries? How will people be able to perform skill-wise on the court?

“My second concern is if we will have games or not. If we do have games, what will happen when somebody on our team or the other team tests positive for COVID?”

Sophomore Alyssa Torres, a Western Michigan transfer and new middle blocker for the Lakers, echoed Thompson’s concerns for how the time off will affect their play this season.

“I am concerned not only for our team, but for our competition as well,” Torres said. “We won’t be nearly as well-rounded as we could be, had we had the adequate amount of time to be together in person as a team. We need time to strengthen our cohesiveness mentally and improve our physicality both individually and as a team on the court.”

Along with a conference-only schedule for athletes, there will be further unfamiliarity regarding education with the switch to hybrid and online-only classes for the fall semester. While not only adjusting to the new form of learning, they will also be handling the new normal as student athletes.

“It is going to be a lot of time management and holding myself accountable.” Thompson said. “I don’t know exactly what to expect yet since we haven’t started, but I’m sure it will take some time to adjust to. I’m excited that we will still have practices and games because those will help keep me on a regular day to day schedule. However, I will definitely need to hold myself accountable for my daily classes and work.”

As of now, the Lakers are set to hit the court Sept. 18 in Houghton, Michigan, facing off against the Huskies of Michigan Tech.