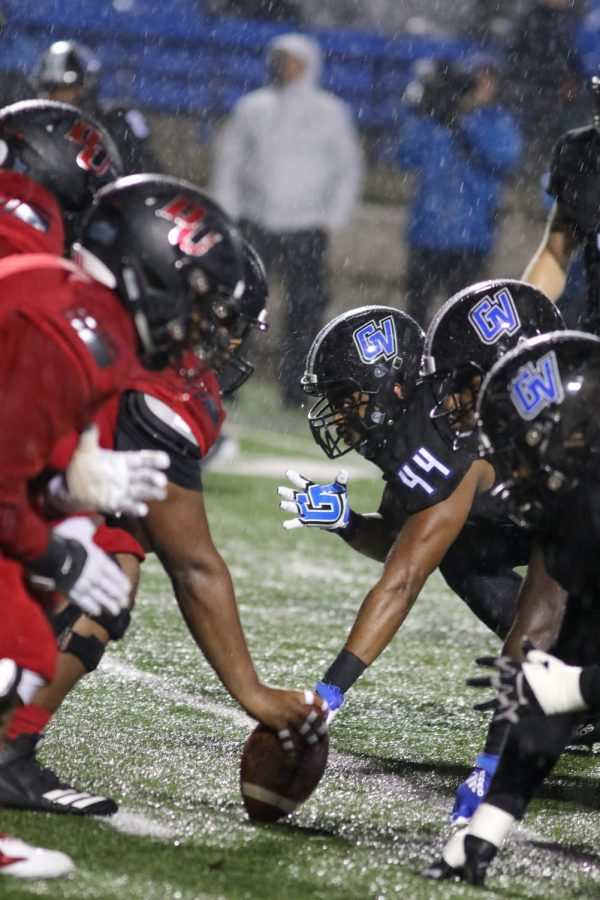 The fate of Grand Valley State University’s fall sports has been decided. An unanimous vote by the Great Lakes Intercollegiate Athletic Conference Council of Presidents and Chancellors has suspended all sports until Jan. 1, 2021.

Since spring sports were put on hiatus in March 2020, the GLIAC Council of Presidents and Chancellors have been focused on finding a logistical way to bring back competition during the fall. With fall sports now suspended, the council will shift focus on bringing them back during the spring.

The decision to suspend fall sports seemed likely after the Power Five Conferences and  the Mid-Atlantic Conference cancelled their football seasons. For players, coaches, and fans in the GLIAC conference, this decision is obviously disappointing. While not being able to compete is heartbreaking, this will give athletes and staff a better opportunity to stay safe during the COVID-19 pandemic. At the very least teams will still be able to practice and continue training, as long as GVSU complies with the NCAA and state guidelines for social distancing.

“The decision to suspend all sports competition this fall was extremely difficult,” GLIAC Commissioner Kris Dunbar said. “After thoroughly reviewing federal, state, and NCAA SSI (Sport Science Institute) and Board of Governor’s guidelines, it became apparent that conducting contests and championships this fall was insurmountable. My frustration and sadness for the coaches, student-athletes, families and fans is unmitigated. The league will continue to work on protocols for a safe return for our athletic programs, with the health and safety of our student-athletes and staff taking the highest priority.”

“I saw it coming,” Mitchell said. “Early in July, there were some recommendations from the NCAA regarding testing that I knew was going to make it very difficult for institutions that are our size and our level to pull off part of competition. Then last week when they took those recommendations to mandates and then also cancelled fall championships, I knew that the shoe was going to drop and that we would not be playing any competition.”

Mitchell noted that despite the high probability the season would be cancelled, he heard concerns from his players. For seniors, some were afraid their entire college career could be delayed. Others had fears over isolation and quarantine procedures. Many just wanted to play, but were unsure of how to play football during a pandemic.

“What was the season going to look like?” Mitchell said. “Was this going to be a fun season to play if you can only have ‘x’ number of kids in the locker room, no fans at games and things like that. I think more of their concerns were about what was their experience going to be like, not so much about the virus.”

Those complexities left Mitchell feeling conflicted for several weeks before the decision was made today. With the team priming up for even a chance to play in-conference prior to the call, the decision still hurt.

“I feel great about the changes we made within our offensive coaching staff, the student athletes we had coming back, and I badly wanted an opportunity to prepare and play a season,” Mitchell said. “At the same time, I was conflicted because I don’t know the long-term effects of the COVID-19 virus and what it will have on our student athletes. I was also worried too about if somehow through a team operation a student-athlete was to contract the virus and bring it home to a more at-risk population. I’d have a hard time dealing with that as a head football coach.”

With some Division I conferences still upholding semblances of seasons, Mitchell made it clear that the decision to pull the plug on the season would mean more care would have to be given to student-athletes, especially without constant contact and the reminder that illness could impact their chance to play. Taking the health of his athletes seriously, he said his eyes are on the next season, with strength and conditioning training on the horizon.

But without the rigor of a season, Mitchell said the glass is still half full, with the result being fuller relationships and support for the team.

“Without game planning, without the competitions on Saturdays, without all the things that are typical fall, we’re going to have an awesome opportunity to build deeper relationships with our student-athletes,” Mitchell said. “We’re going to have unbelievably opportunities to make sure we support them academically, because their time is not going to be as divided with other things. They should be better students, they should be better people, and we’re going to find other ways to enhance their lives. ”

The next conversation is on the future of a spring season, which could give cancelled sports a chance to play this academic year.

Mitchell said he had his doubts between national public health and the rigor of having to play shortly after in the fall. Specifically in DII and in the Great Lakes Intercollegiate Athletic Conference, there are concerns with use of eligibility without playing a championship, training during the early half of 2021 and a plethora of other aspects of over-ambitiously crafting a season. While Mitchell said he’s happy to work through ideas for a spring season, there’s a lot of work to do while also putting the health of his student-athletes at the forefront of discussion.

“I think that anybody that is talking about a spring season, I think they’re throwing that out there without doing a lot of thought on it,” Mitchell said. “I think it’s very problematic. I think a lot of work has to be done when leadership says we’re going to play in the spring without an action plan for it. I don’t know that that’s great. There’s a lot of things we’re going to have to discuss.”