Returning Lakers weigh in on changes in campus housing community 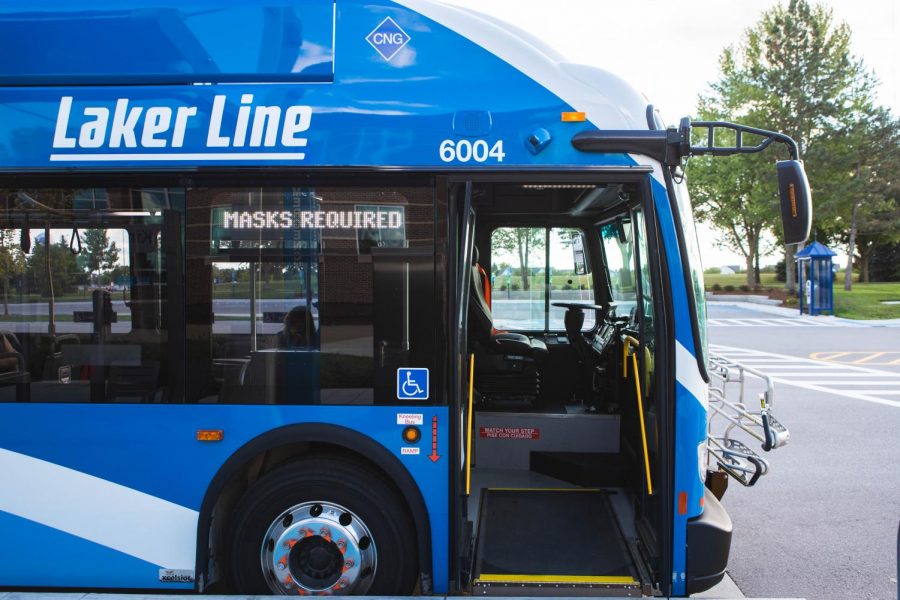 In the midst of a global pandemic, there are few things on campus that will remain “normal” as the fall 2020 semester begins. GVSU students returning to on-campus housing realized just how different life in residence halls will be during move-in week, which happened Aug. 23-27 this year.

Lindsey Schmidt moved into Niemeyer Living Center Aug. 23. Schmidt said that while she appreciates every effort to keep residents like her safe, her experience has been different from previous years in many ways.

“It’s weird to not be able to do any sort of in-person stuff like the floor meetings that we used to have in-person that we can’t have now,” Schmidt said. “It makes it seem a little bit more impersonal I guess. I don’t know the people on my floor this year like I did last year.”

Devin Walker is returning to campus for the second time as a resident assistant (RA) in Robinson living center. Walker said that although transitions, floor meetings and events will be different this year, his goals remain the same.

“A lot of what we do depends on interaction with our residents to build a community, and we just can’t do that like we used to,” Walker said. “Floor meetings and events are going online this year which is obviously going to impact us. With that being, said we’re still doing our best to build the community in our dorms.”

Walker said all students and their supporters were required to wear masks, maintain social distancing indoors, and complete a COVID-19 screening when they arrived on their scheduled move-in date and time.

“Move-in this year was pretty different than years past,” Walker said. “All the students and anyone helping them move in had to pass a self-assessment where you had to report any symptoms you’ve had in the past day or two. Once you showed you passed, you gave a staff member some form of ID and they gave you your room key in an envelope, along with some additional instructions. Then there wasn’t anyone helping to move in like usual, families had to take stuff up to their rooms themselves.”

Katie Petersen said that while moving into her North Campus apartment Aug. 26, the check-in process was efficient, but students and their supporters did become frustrated with their masks as the day went on.

“I moved in this past Wednesday at two and right off the bat it was really hot and really hard to work with masks,” Petersen said. “I noticed that a lot of people were getting kind of frustrated.”

Petersen said that she feels safe in her residence hall, and feels that following the university’s COVID-19 guidelines is an important way to keep the entire community safe.

“I know that I’m helping my neighbors because even though I don’t know them, someone can be immuno-compromised,” Petersen said. “I’ve seen cleaning happening like 24/7 out in the halls, and it just really puts a smile on my face because I know that I’m living in a safe environment and a safe community.”

Schmidt said that information regarding move-in dates and policies from the university was forthcoming leading up to and on her move-in date.

“The information I got basically told me how housing was going to work, how many visitors you can have, the visiting hours and stuff like that,” Schmidt said. “It’s been pretty accurate to my experience so far, I’d say they did a pretty good job of communicating.”

Walker said that despite the uncertainty that COVID-19 brings, he, his fellow RAs and his residents have felt listened to by their living center directors and housing staff.

“This is new for all of us, so nothing’s gonna be perfect right off the bat,” Walker said. “Especially with our training there were a lot of unknowns going into it and they did as much as they could to listen to us and fix the issues we had. In terms of like problems that we have now that training is done, they’re doing the same thing. They’re listening to us and taking what we say into account, and not only like from us (RAs) but from the residents too.”