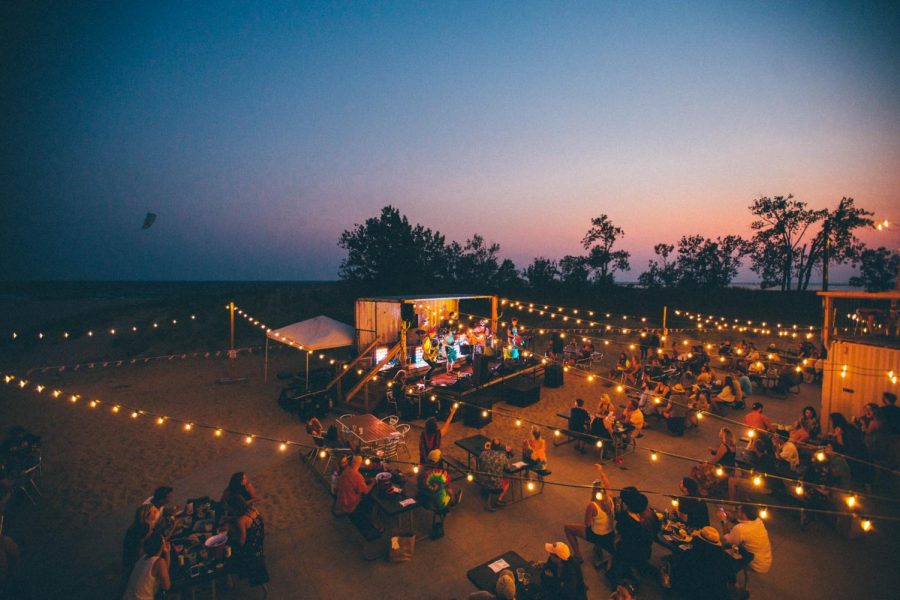 Glass exhibit extended at the GRAM

Following the reopening of the Grand Rapids Art Museum, the “A New State of Matter: Contemporary Glass” exhibit has been extended through Oct. 4. Prior to the museum’s temporary closure due to COVID-19, the exhibit was scheduled to close April 26.

The exhibit features glass in a variety of forms, including blowing, kiln-forming, casting and flame-working. The array of work comments on the flexibility of the medium which has been given the nickname “chameleon matter.” In addition to a range of artistic processes involved with the work, the art also connects to a variety of cultural, political and spiritual themes.

Nineteen artists are featured in “A New State of Matter: Contemporary Glass.” Included in this the exhibition is the work of local Grand Rapids artist Norwood Viviano. His work connects art with data, touching on the subjects of economics, social sciences and geography.

Murals auctioned off at downtown event

The city kicked off Bridge Grand Rapids with Open Windows, an event in Rosa Parks Circle which commemorated the murals painted to cover the shattered windows of businesses following the May 30 riot. WindowsGR is the initiative which started the creation of these murals. The plywood murals have been taken down and have been auctioned off throughout the week. Messages on the board spread awareness and activism for the Black Lives Matter movement.

In addition to the auction that happened throughout the week, Open Windows was a live art event. Seven artists were chosen to paint on glass services, each on behalf of a local cause which 7% of the auction proceeds were donated to.

The Pillowcase Project makes its debut

The pillowcases are intended to feature pictures and messages of hope for these women. Some of the new pillowcases were sent to the women in the Center to decorate. The piece will be featured in Ah-Nab-Awen Park in Grand Rapids from Sept. 10 to Oct. 1. Following the display of the pillowcases, they will be donated to the Center for the women to use.