Subject to Change adapts for the Fall 2020 season 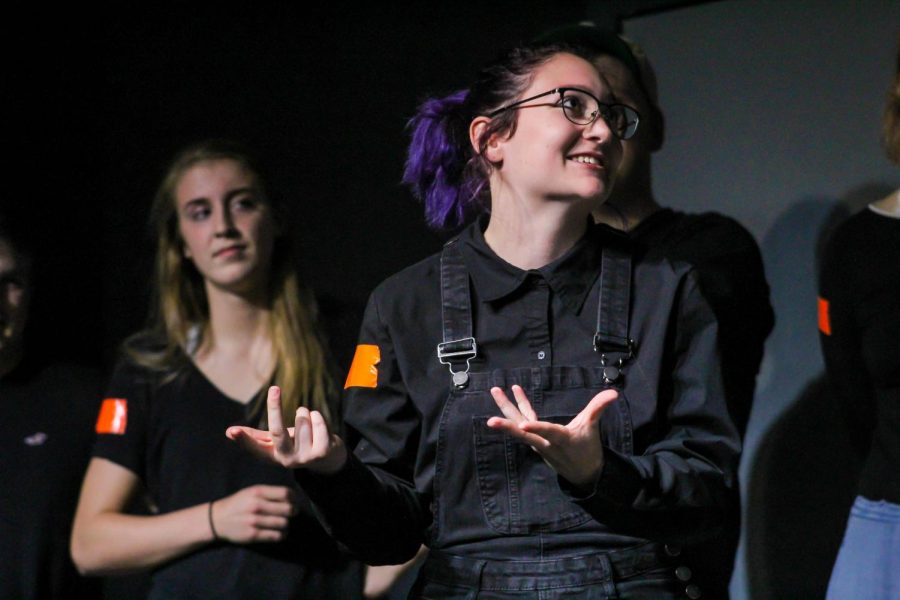 The COVID-19 pandemic has effected entertainers across the board, and student performers at Grand Valley State University are no exception. Without the possibility of a live audience, performance groups such as the university’s improv comedy team Subject to Change have no choice but to alter nearly every aspect of their club.

President of Subject to Change, Leah Erben, described the planning process for the club’s 2020 season as “immensely stressful.” Erben explained that she’s been quite worried about the safety of her teammates and audience members, but has been working very hard to continue the club despite how often rules and regulations are being changed.

“I feel that the plan we’ve come up with is the safest way to still keep improv in our lives. I do have to constantly be adaptable though, and I have spent more time working on the logistics and planning related to STC in the past two months than I ever have before,” Erben said.

Subject to Change will still be holding in-person auditions on Sunday, September 13. Auditions will be outdoors and those participating are required to wear masks and social distance. As of now, the team is still planning on safely meeting in-person to rehearse and strengthen our skills throughout the season.

The club will also be hosting a series of casual, live-streamed mini-shows on Sunday nights throughout the semester. Social distancing guidelines mean the group cannot perform in close contact like they are used to.

“We also will have to have masks on and social distance throughout our rehearsals and livestream shows, so we will have to adjust our scenes accordingly. We won’t be able to get too close or touch each other in scenes, but that’s something we can definitely be able to work around and it’ll push us to find the comedy in other ways,” said Erben.

Typically, Subject to Change performs in front of an audience of 60-100 people. Erben said that she does not expect to see as many people join in on the livestream shows, but that the team plans on focusing a lot more on social media to encourage people to come.

Subject to Change has had to cancel quite a few performances and trips that were planned for both the winter and fall 2020 seasons. This semester, all of their usual, in-person monthly shows on campus had to be canceled. The group also typically attends the Grand Rapids Improv Festival, Comedy for a Cause (a charity event through the GVSU Nurses’ Association), and The Comedy Project College Improv Tournament. All these events have been canceled or postponed indefinitely. The group’s annual Traverse City trip has also been canceled, with the hope of going in the spring semester of 2021.

Despite all of these disappointing cancellations, the team is still looking forward to performing again.

Erben is a senior at GVSU majoring in writing with a double minor in digital studies and advertising/public relations. Since joining the club four years ago, Erben said that Subject to Change has changed her life.

“I have developed life-long friendships with my teammates, and improv has made me a better listener, leader, communicator, and a more confident person,” she said.

Erben thinks it is important to continue to bring humor to people during these difficult times. “There’s a lot of bad news out there right now, and it seems like everyone is constantly on edge. Improv, watching it or performing it, is a major de-stressor. It’s important to keep up with our passions and do what we can to seek out the joy in life!”