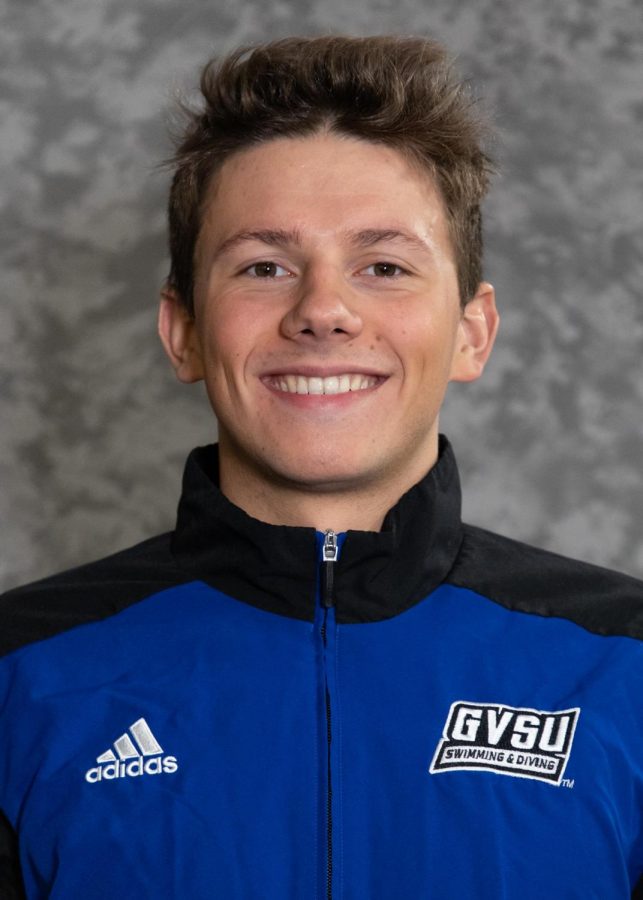 One of Grand Valley State University’s most prominent long-distance swimmers has made a huge decision regarding the 2020 fall semester. Senior Mortiz Bartels chose to stay in Germany this semester, with the COVID-19 pandemic still surging as colleges around the country reconvene.

“I decided to stay at home in Germany after the admission office at GVSU said that they will offer most of the classes online,” Bartels said. “There are two main reasons why I made this decision. Firstly, I told myself that if 20,000 students from around the world come together, the chances that people will get sick is very high and I didn’t want to be one of them. Secondly, I am able to practice under really good conditions at home with my club and I don’t know yet what practice at GV will look like.”

His choice of remaining to stay home and safe is a smart one based on statistics. Germany has been experiencing north of 1,000 cases a day, while the U.S. has had tens of thousands of new cases every day. Bartels has been back home in Germany since the middle of March this year and has enjoyed this time with his family. Being home is a bright spot in this pandemic for Bartels, but he has missed out on some great opportunities this summer as COVID-19 spreads.

“Originally, my coach Andy Boyce, my teammate Jesse Goodyear and I had planned to compete at the US Open Water Nationals in Fort Myers at the end of April,” Bartels said. “Afterwards, Jesse and I wanted to travel to Australia to practice and to race at the Australian Olympic Trials in June. Unfortunately, all of this got canceled.”

Bartels was undoubtedly disappointed with these missed opportunities, but he understands there are worse situations to be in. He’s been safe, healthy and grateful to practice in Germany once again. He and his club team have been working hard, but when he first returned home, he had to get creative with his training.

“For the first ten weeks back home, pretty much all pools were closed,” Bartels said. “I was able to swim a little bit in my neighbor’s small pool and I did a lot of dry land practices like running and lifting in my parent’s basement. Since the end of May, my club team is able to practice again and I am really happy about that. We have strict rules to make sure that everyone is safe and so far it worked out very well. Hopefully, we will have the same at GVSU soon.”

Soon, the GVSU pool will reopen for practice. Boyce and assistant coach Eric Murray have been working hard to create a safe environment for their swimmers to practice once again. In order to have fewer people in the pool at the same time, they will likely hold three separate sessions a day for swimmers. Boyce and Murray have also done their best to keep the team together with Zoom calls and relaying any new information to the team.

Bartels and the rest of the team know the risks posed by having a swimming and diving season this year. When it comes to fall sports being suspended, Bartels understands the reasoning for the season being in limbo but is still disappointing for him and the team potentially not having meets.

“For me, swimming at meets is a big part of sports,” Bartels said. “It not only keeps me motivated for regular training during the week, but it is also a reward for all the hard work. However, I believe that it is the right decision to postpone the meets because they could easily become a super-spreader event.”

For now, Bartels will remain at his home in Germany with his family and take his classes online. Time will tell what happens with the GVSU swimming and diving season and if Bartels returns to the United States. He prefers to be on campus, but under the circumstances, he’ll have to focus virtually on his classes and to remain in touch with his friends and teammates.

“Obviously, I would prefer to be at GVSU right now,” Bartels said. “I miss my friends, my teammates, and the U.S. in general. I actually like going to lectures and I know from the last winter semester that it won’t be easy to take a full course load remotely from a place that is thousands of miles away. I have to manage my time really well and can’t procrastinate on my assignment too much. Despite all of that, I am glad that I am able to take online classes and graduate on time.”