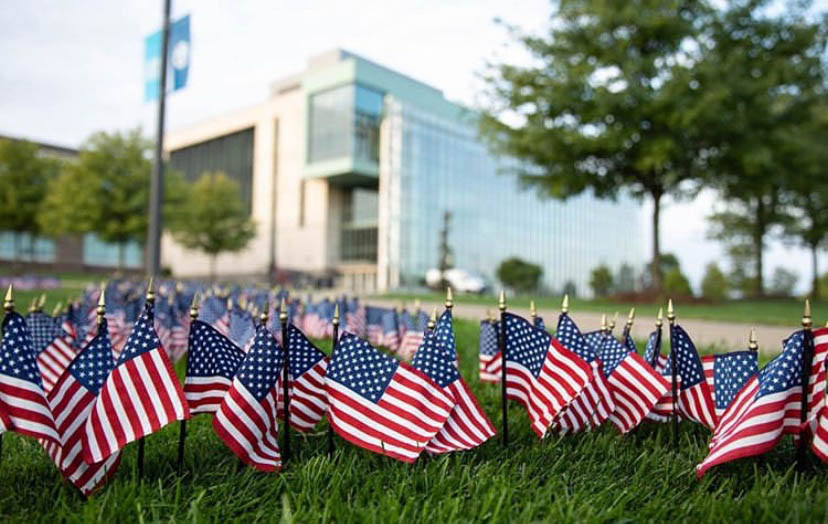 A few dozen Grand Valley students gathered at the amphitheater near the Mary Idema Pew Library on  Wednesday night to talk about what socialism means to them. Their goal was to figure out how they can help as college students.

Paul Villa, Vice President of GVSU’s chapter of Young Democratic Socialists of America (YDSA), was satisfied with the turnout and thrilled to see so many young students wanting to get involved in cultivating change.

“I thought we had a lot of excitement,” Villa said. “There were definitely a lot of new people and a lot of freshmen, so that was great to see a lot of people that want to get involved.”

Villa said that the student-run social activism club has set a path for this coming semester on what issues they wanted to tackle and what topics to cover and address.

The club’s first event will be partnering with the West Michigan Environmental Actions Council to advocate for the environment, but that is far from the only cause they plan on fighting for.

“For the semester, there is going to be a lot of racial equity and Black Lives Matter involvement to promote solidarity,” Villa said. “There’s a plethora of issues we’re interested in like defunding the police, abolition of prisons, prison reform, the Green New Deal, climate change, housing rights, union rights and Medicare for All.”

Villa and the club will attempt to join in solidarity with causes that fight for change in these areas, but will wait a few weeks to lock down their members and build camaraderie within the group before planning specific events for causes they’re passionate about.

The Green New Deal, free education, affordable housing and the abolition of poverty: these were just a few of the causes Villa was passionate about the club pursuing.

YDSA will try to fight for these causes as best they can throughout the semester, as they will especially be trying to spark change when November rolls around, Villa said.

“We’ll be paying attention to the local, state and national elections,” Villa said. “There’s a lot of us that are passionate about a lot of these issues, and I’m excited about the upcoming semester because of it.”