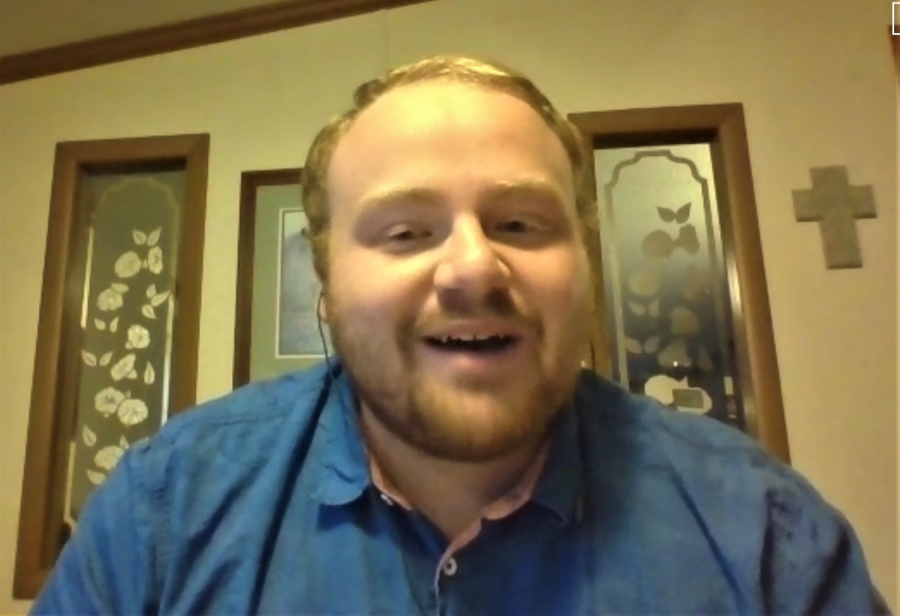 In the United States of the past few years, it has become a matter of increasingly frequent discussion that America’s political representation lacks influence and perspective from its youth. Every day, university students struggle between wanting their political voices heard and believing that they don’t have the power to change the system they live in. On the contrary, however; right now, especially as election season approaches is the perfect time for the younger generations to stand up and take part in the decisions of their communities, states, and nation.

That was the driving motivation behind the “Youth in Politics” event was hosted Wednesday, Sept. 9 by the Frederick Meijer Honors College. The discussion, intended as a call-to-action for the student community at Grand Valley State University, demonstrated how two GVSU students have decided to use their voices to bring about change and action. For both individuals, their decision to speak out has led them to actively run for public office this fall.

The students, Katherine Parker and Eric-John Szczepaniak, were led in conversation by Grands Rapids Mayor Rosalyn Bliss, who is also faculty at the Frederick Meijer Honors College.

“It’s always important to highlight the positive efforts and contributions of our students, both to celebrate those students and inspire others to do more,” said Honors College Director Roger Gilles.

Parker is a junior studying statistics and public & Nnonprofit administration, with a focus on using her knowledge about data analysis to guide her work in public policy. She will be running for Allendale Township Trustee.

Szczepaniak is a senior, studying history and public & nonprofit administration. He is also the Student Senate president at GVSU, and in 2016 was elected for a position on the Kenowa Hills school board. He will be running for Alpine Township Clerk.

For these two students, running as candidates for office is more than just showing that they know how to discuss and debate their opinions. It is about making a difference in their communities and working to directly influence and change the issues they believe in improving.

A strong focus on diversity and inclusion was heard from both candidates throughout the virtual meeting. No matter your age, income, gender, race, or sexuality, everyone can work to create better political diversity, one that the political climate can benefit from with access to voices from different walks of life. The more we diversify the political offices and positions, the more we will aid the voices of the marginalized in being heard.

To Gilles, what stood out the most was their passion, will and hope for change.

“What really came through was the importance of local, state, and national politics to young people,” Gilles said. “They’re the ones who will shape our future. And young people like Katherine and Eric-John are taking an active role in shaping that future.”

A strong theme within the discussion was that audience members heard clearly that despite the dizzying circumstances surrounding the pandemic, some things just can’t wait. In this way, Parker and Szczepaniak are setting an example for existing in the present, and doing what we can now to make the future a better one for everyone.

“We’re all very proud of these two students for their commitment to public service,” Gilles said. “Hearing them talk about their immediate and longer-term plans gives us great hope for the future.”