New Music Ensemble reflects on their time at home 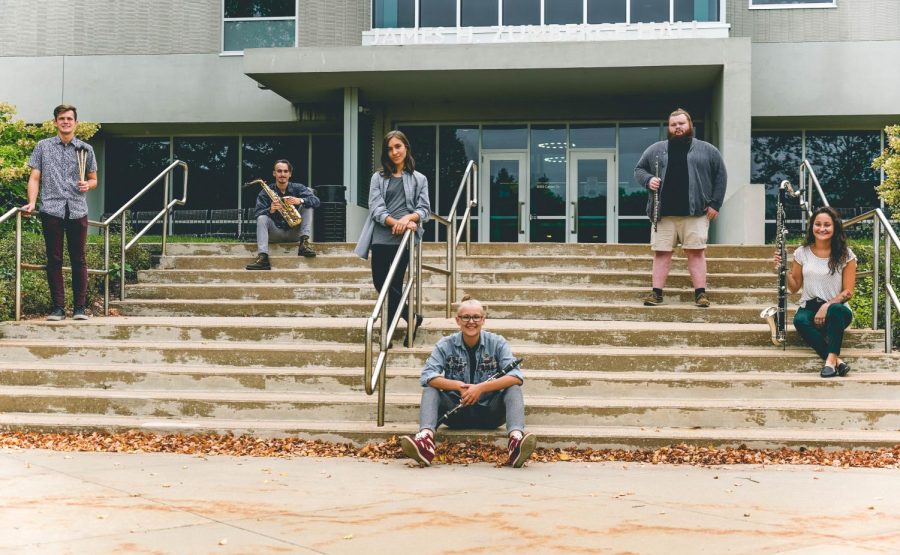 Founded in 2006 by director William Ryan, Grand Valley State University’s New Music Ensemble was crafted to prepare students for careers as advocates, educators and leaders in their field of music, as well as in contemporary music.

The ensemble promotes the music of the present day through videos, workshops, tours, educational events and recordings and has been featured in many publications including Newsweek and The New York Times. Their recordings have appeared in over 75 film festivals around the world and in film and television shows on Showtime and MTV.

As of now, the group has completed five tours and performed at major cities throughout the country such as New York, Chicago, Atlanta, Washington D.C. and Detroit.

Due to COVID-19, the group is currently not able to go on tours or hold live performances. However, they do not plan to let that stop them.

Throughout the first week of classes, the New Music Ensemble began rehearsing outdoors and will continue for the next few weeks, weather permitting.

“Our first rehearsal this semester was an emotional experience for us,” Ryan said. “Since March, for almost six months, there had been no music from this group. Only practicing by our members individually in their homes.”

The group meets on Mondays and Wednesdays from 6-7:50 p.m. While rehearsing, there is approximately 10 feet between each student and they relocate every 30 minutes to allow the air time to recirculate.

Ryan said when the group must move inside to rehearse, they will continue to maintain social distancing and use special fabric coverings for some of the instruments. They will then rehearse for 30 minutes and leave the room for 30 minutes while the new air filtration systems clean out the room.

Although the precautions being taken are to ensure the safety of all involved, the new setup does come with some challenges.

“The increased spacing between players is a big challenge,” Ryan said. “Musicians are continually responding and adjusting to things happening around them in a performance, so the added distance makes that a little more difficult.”

Despite still learning to adjust to their rehearsal set up, the group does not plan to take things easy. They will continue their performances virtually through live-streams as well as make more produced videos to share online throughout the semester.

“Nothing has changed in terms of what the group usually works on,” Ryan said. “It’s still all about learning the music and being able to effectively present it. In total, we have 11 new compositions written for us that we now have to learn, so there is plenty to do.”

Ryan said the group learned very much during their time off, and that their time together, although distanced, means very much to them.

“I think the time off has given the students a better appreciation for what they do as musicians,” Ryan said. “Being able to perform with other musicians and for enthusiastic audiences is a unique privilege. It is a beautiful payoff for spending countless hours alone in a practice room.

The New Music Ensemble hopes that things will have cleared up by next summer so that they can resume their National Parks tour that was postponed from summer 2020.