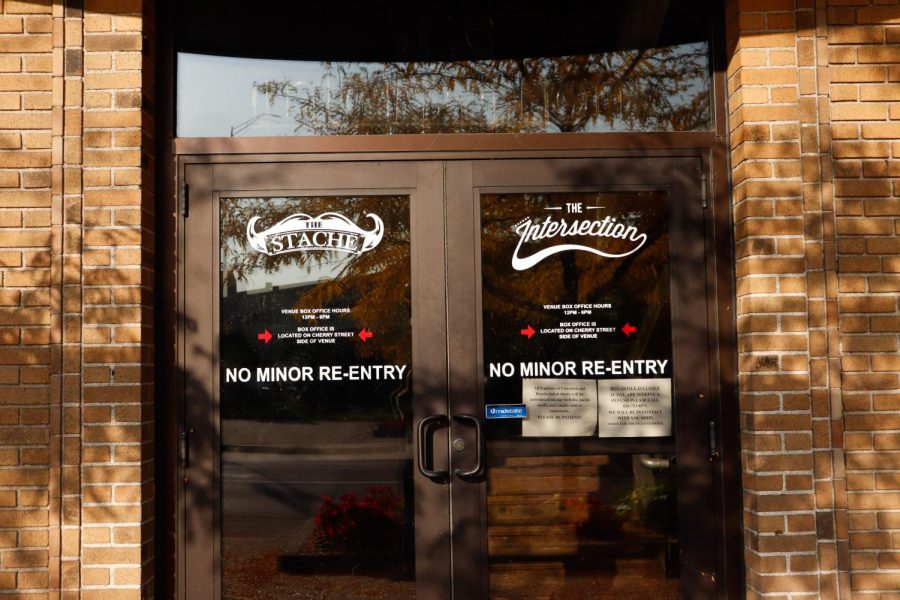 Since venues shut down in March, thousands of workers have been unemployed, artists have been stripped of vital parts of their career and music lovers have been deprived of the joys of live music. If government aid is not received soon, the stages may remain dark as many independent venues will have no choice but to permanently close.

The National Independent Venue Association (NIVA) formed when venues were forced to lock their doors in March, and since then, venues across the nation have joined NIVA as they collaborate to save the ecosystem of the independent entertainment scene.

Eleven of Grand Rapids’ music venues and promoters have joined NIVA, including The Intersection and The Pyramid Scheme. Owner of The Intersection Scott Hammontree is a Michigan State Captain for NIVA.

In a study conducted by NIVA, 90% of independent venues reported that they will never be able to open again if six months go by and they are still shut down and left without federal aid.

However, venues are not letting their industry suffer in the dark. On a Tuesday night at the beginning of September, independent venues across the country signaled red lights to call attention to the financial emergency many of them are facing. Multiple Grand Rapids venues participated in this “Red Alert Restart.”

NIVA’s main efforts to save endangered independent venues involve pushing Congress to pass legislation that will keep the industry alive. The Save Our Stages Act, introduced by Senators Amy Klobuchar and John Cornyn, and The Restart Act, introduced by Senators Todd Young and Michael Bennet, are both designed to offer aid to independent venues that the existing Paycheck Protection Program (PPP) is not able to provide. Hammontree said venues need more support than PPP because the program is not effective for businesses that do not have jobs to bring their employees back to.

“The Restart Act and the Save Our Stages act are both meaningful pieces of legislation that if they were enacted, would help us get to the other side of it where we can reopen,” Hammontree said. “It will keep a lot of venues alive because a lot of venues are not going to make it.”

While venues wait for Congress to pass legislation on the Save Our Stages Act, NIVA has launched the Emergency Relief Fund to bring aid to some of the nation’s most vulnerable independent music venues. Beginning Sept. 24, struggling venues can apply for aid from the Emergency Relief Fund, which will be administered through the non-profit, The Giving Back Fund. The fund’s goal is to keep independent music venues alive as time passes and they fall deeper into debt.

Venues’ main source of income has been eliminated since they have been unable to hold shows. In addition to this hiatus in revenue, they have had to refund ticket buyers for canceled shows. The Intersection had a quarter-million potential ticket refunds to give. Fortunately, many understanding ticket buyers decided to hold on to their tickets, which Hammontree said helped save the venue.

While the cancellation of live shows has been painful for the entertainment industry, independent venues are not the only businesses suffering. Whether it is dinner before the show, transportation to the concert or drinks after, ticket buyers often spend money at businesses throughout the city when they go out for a concert. A study by the Chicago Loop Alliance showed that for every dollar spent on a concert ticket, an additional $12 goes into the community through expenses spent at surrounding businesses.

Founders Brewing Co. is one of the downtown restaurants that consider themselves a “stop-in” location for people attending events. Founders sits less than a half-mile from venues like The Intersection.

“The pandemic itself and the safety protocols required to operate during the pandemic have definitely impacted our business volume,” said Chief Operating Officer Brad Stevenson. “The reduced capacity and change in how customers interact with us, combined with the elimination of all the entertainment events have dropped our customer volume significantly.”

Tami VandenBerg, co-owner of The Pyramid Scheme, said a venue itself is a testament to the culture of its home city. When a venue closes, the city loses a core piece of its history.

“I think people don’t understand how important and also unique venues are. When you think about different cities, each venue is so different. They bring so much culture to each area and each one is different and they help build the character of any given city,” VandenBerg said.

Maintaining a strong ecosystem of independent venues is at the forefront of NIVA’s motives as they seek government assistance.

As NIVA launched with nearly 2,000 charter members from all 50 states — 80 of them being from Michigan — one positive thing that has come out of this crisis is the solidarity throughout the entertainment industry.

“Another great thing is a lot of venues, you know, we compete against each other sometimes, but we’re all working together right now,” Hammontree said. “When we get out of this, I’m going to have a different attitude. I just want our musical ecosystem to be strong. If I don’t get a certain show, I’m okay with it. So let’s just get back to work.”

NIVA encourages people to share their voices with Congress through signing and addressing the letter provided on their website, www.nivassoc.org. NIVA is also accepting donations and selling merch to contribute to their general operating budget.

“This is a smaller segment of the economy but nonetheless an important one,” VandenBerg said. “We just need them to hear us and understand what this means to everyone. I understand we may not be the emergency that everyone is thinking about. Just don’t forget about us.”