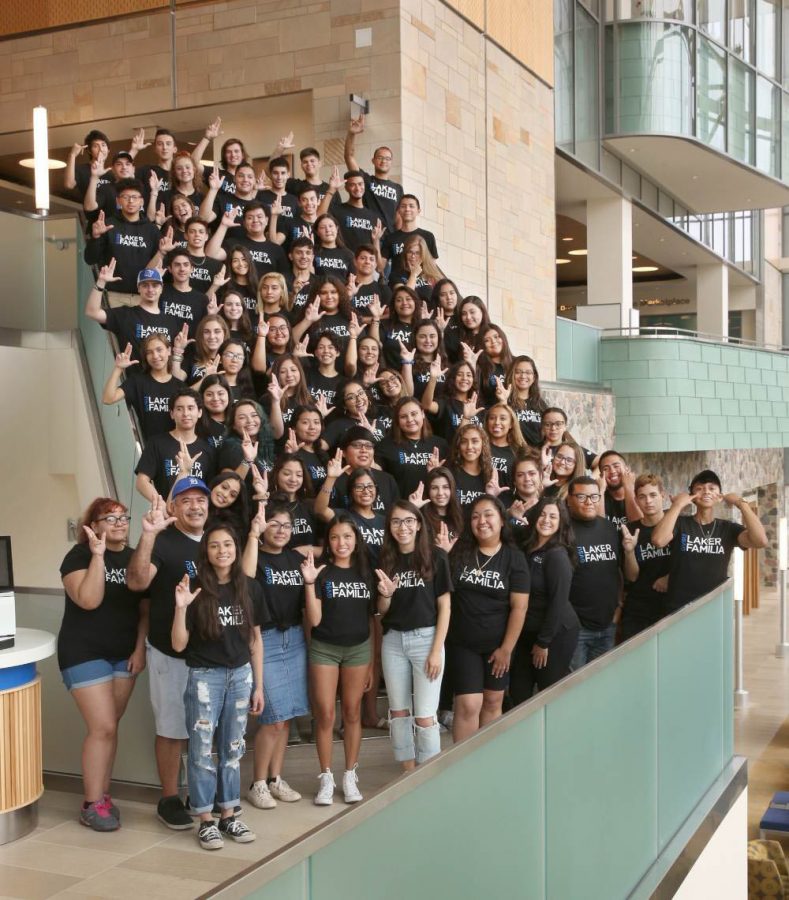 From Sept. 12 to Nov. 2, the GRPL will be celebrating Hispanic heritage and the Mexican holiday Día de Los Muertos (Day of the Dead). The GRPL has always celebrated Día de Los Muertos, but this year, they expanded their programming to celebrate the heritage of not only the Mexican populations but also Hispanic and Latinx communities. This expansion allowed the GRPL to include more local partners.

A group of Hispanic and Latinx GRPL staff helped local organizations like LINC UP and Grandville Avenue Arts and Humanities bring their ideas to life for Hispanic Heritage Month. Those two partners will be holding online bilingual storytimes throughout the time of celebration.

The library wanted to continue to support those restaurants, many of which are struggling in the current economy, so between Oct. 31 and Nov. 1, GRPL patrons will be able to show their library card at select restaurants and receive a free sample platter of food. This experience is key to understanding other cultures. And if you don’t have a library card, the GRPL is allowing you to create an e-card online.

Other Día de Los Muertos events include a screening and panel discussion of the classic film “Marcario” and an art & history lecture with local artist Rolando Mancera where he will discuss folk art and motifs connected to the holiday.

The GRPL wanted not only to showcase the customs of Hispanic and Latinx cultures, they wanted to provide a space for those communities to learn more about themselves. GRPL’s Youth Services Librarian Osvaldo Perez said that there has already been significant debate within the communities preceding an upcoming event called “Hispanic or Latino?” Even within the communities, there is a confusion of cultural identity.

Also joining the GRPL programming this year is a session focusing on breaking the stigma of mental health in Latinx communities led by a certified librarian from the community. Perez noted that this is the library’s first Hispanic and Latinx-only event.

The Grand Rapids Latin American Film Festival (GRLAFF) is another event in the community using their platform to celebrate Hispanic Heritage month for the first time. Originally planned for April, the organizers, including co-chair Mayra Fortes, had hoped to reschedule their 10th-anniversary GRLAFF for November. However, in June they realized that wouldn’t likely be feasible and made the rapid change to online.

As they looked for a new date, it made sense to line up their event with the national celebration of Hispanic heritage. While they would be unable to truly celebrate their 10th anniversary, it felt important to continue with the momentum they already had.

The online format has increased accessibility and visibility. Fortes shared that audiences “used to be just in West Michigan and Grand Rapids, but now anyone in the United States can participate.”

For Fortes, film presents a unique opportunity to experience another culture. She believes that film fosters an empathetic environment.

“You go into the world of other people through stories on the screen and realize their struggles, dreams, and ideas aren’t so different from ours,” said Fortes.

Fortes hopes watching the GRLAFF films create positive dialogue as people try to learn about and understand other cultures.

“I hope they enjoy the films and see how rich and diverse Latin American cultures are,” said Fortes.

The film selections include recordings in Portuguese and indigenous languages, showcasing the linguistic diversity.

“The goal is to show what the Hispanic community is like and what they bring to Grand Rapids,” Perez said. “Not everyone who speaks Spanish is Mexican.”