GVPD continues to educate students during Staying in Place order 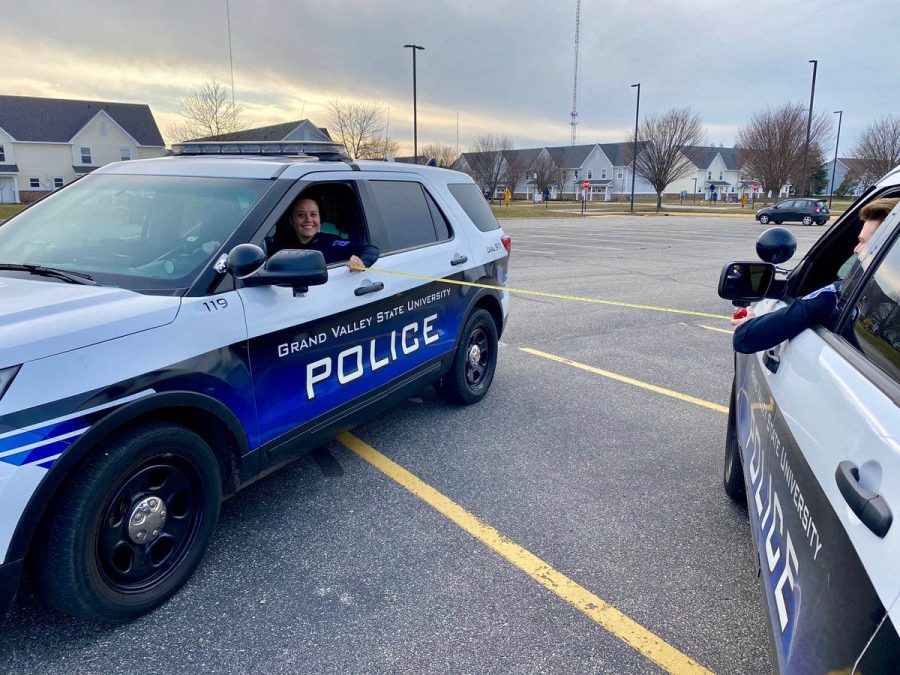 As Grand Valley State University and Ottawa County combat the rising numbers of COVID-19 cases, they have established a “staying in place” order for all students in Allendale in order to slow the spread of the virus. The order, which began on Sept. 17, is being enforced by the University, and while the circumstances change for students, they also change for the people trying to enforce the rules while keeping students safe.

GVPD has been at the forefront of keeping students and staff safe from normal incidents that can occur, as well as those that occur in relation to the pandemic. Their goal is to inform and educate students on the rules and guidelines rather than be combative with them.

“It’s a different case from where we’ve had people who tested positive, are supposed to be in isolations and then continue while they’re infected – to go out and interact with people and go to parties or host a party – that’s on the different level on the spectrum,” Stoll said. “I think we’re looking at the severity of the action result in a more severe type of punishment”

The order set forth by GVSU and the county states that students who do not adhere to these guidelines can lead to them getting misdemeanor charges, fines or judicial follow-up with GVSU administration and student sanctions including the possibility of expulsion.

Students are able to leave their residence for certain things including work, classes, picking up food and other essential items, and physical activity as long as the group is less than two people together. Masks must be worn both inside of buildings, but they now must be worn outside as well.

Stoll said that he believes this stay in place order was created to eliminate both small and large groups from gathering and that the changes he and the department are seeing are marginal, but he believes they are primarily for the good.

“Like anywhere, there’s probably people and students who were dismissive of the guidelines coming into school. I think that’s the minority,” Stoll said. “I think the active majority is trying to do what’s right and follow the rules as much as possible. If we have this for two weeks, does that mean we should see less cases in two weeks? Probably.”

As of right now, the Staying in Place order for GVSU is scheduled to be lifted on Oct.1, but things can be scheduled to change depending on the increase or decrease in the number of cases in the area. No matter what happens, GVPD is ready to help students and staff stay safe and healthy while the battle COVID-19 together.