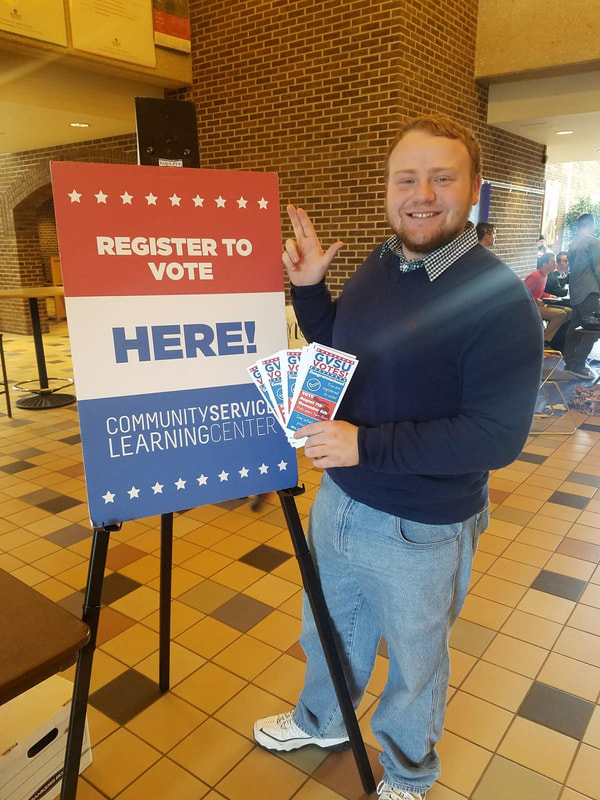 With the election of Kelly Dowker to Student Senate presidency, the book is pretty much closed for outgoing President Eric-John Szczepaniak. The past few weeks, his role has shifted from leading Student Senate’s momentum to supporting a transition of power amid a strange year.

As elections closed last Thursday, Sept. 24 and new leadership was locked in, Szczepaniak was focused on enabling a new cabinet to be ready to carry on the torch and do their jobs effectively.

“All of us outgoing cabinet members have tried to really queue up the next group for success,” Szczepaniak said. “So we have processes where we all write transition reports, and then work with that person for a short time to kind of orient them to the job and talk about expectations we might have for them, and then really encourage the next group to set expectations amongst each other.”

Looking back on the body’s actions under his leadership, Szczepaniak said that despite the tumultuous year, there are several actions that he’s proud of his team for initiating. Through promotion of open access resources for classes, Student Senate saved the body nearly $1 million in textbook costs. While pushes from Senate to eliminate class attendance requirements this year and other fall preparation are tangible, Szczepaniak said the biggest impacts are the ones that aren’t discussed.

“I think I’m most proud of – which is not something that is widely publicized, it’s not a big glory, front page type of thing – (creating) the mission and the vision (statements) for Student Senate,” Szczepaniak said. “We ended up building a mission and a vision statement that really helps charter our work and our path forward… I think I’m going to remember that for a long time because it’s something that I’m really proud of.”

The highs were only met by the lows, and often times Szczepaniak had to push through having difficult dialogue within Student Senate and with the bodies they work with. Being able to get uncomfortable to address issues head-on was a point of growth for him.

“We’re all learning, we’re lifetime learners, and it’s okay, that some things we didn’t get 100% right,” Szczepaniak. “But what I have walked away with is great practice in having tough, proactive conversations about issues that are important to our community before they become something unmanageable, or before all of vitriol.”

But when the going got tough, it was reassuring to Szczepaniak that he could rely on a cast of supporters. Advisers Loren Rullman, Bob Stoll and Melissa Baker-Boosamra (who is taking over for Stoll’s part of the advisory) all have collaborated to provide mentorship for the Senate body, and Szczepaniak said that they each played a different role in helping him through a unique year.

“They all have a different leadership style, and different approaches to to sharing their advice and expertise,” Szczepaniak said. “I really value all three of them… Sometimes we’d have to disagree with them about particular issues that Senate wanted to push. But I think all three of them were really helpful – and not just for me, but for many of the leaders in our organization.”

Now stepping outside the ring of politics at GVSU, Szczepaniak is looking outside the University, but now with one less thing on his plate. The feeling of not having to lead Student Senate was a weird one to come to terms with, he said.

“It’s definitely a little surreal to let it all go,” Szczepaniak said. “But I’m super excited to see what President Dowker accomplishes in her time, and what all the senators this year are able to get through individually.”

In passing the torch to a fresh Student Senate body, Szczepaniak had one word in mind: grace.

“One thing that I’ve learned in my entire time at Grand Valley, and most keenly through Student Senate, but also through some of the other things I’ve been involved in, is that you have to offer yourself grace,” Szczepaniak said. “The first line of my recommendations in my report summary is to offer yourself grace. This is designed to be a learning year, so more than anything, I hope that President Dowker and all the folks on Senate will recognize that sometimes they’re gonna mess up – and that’s okay… As long as they are reflecting on what they could do better for next time and taking something away from mistakes or hard decisions or troubling times, then I think that it’s all really worth it.”