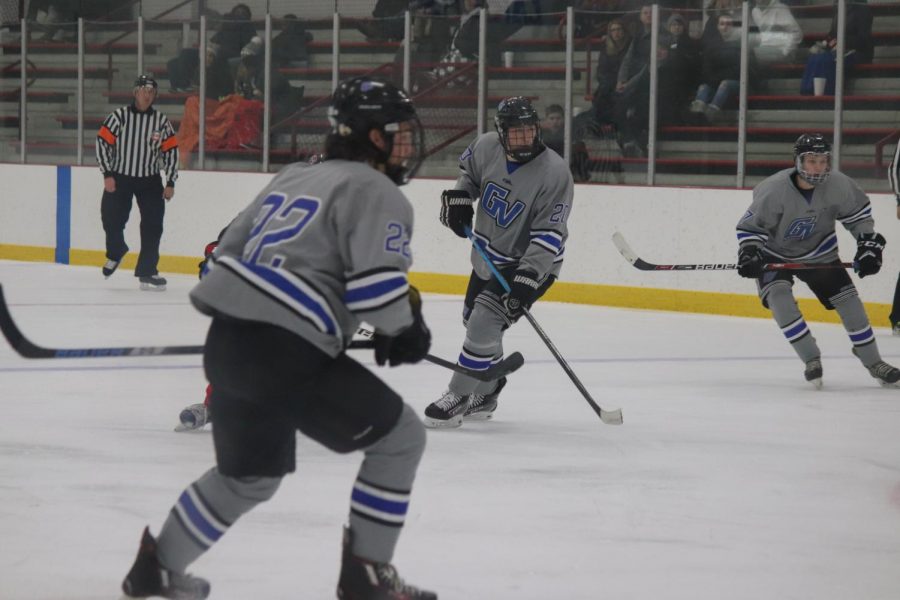 The novel COVID-19 pandemic has affected all sports at Grand Valley State University. Three weeks ago, the Ottawa County Department of Public Health issued an order that mandated GVSU students stay at home unless attending class, exercising or getting food. In response to this new order, the GVSU athletics department made it mandatory that a licensed physician attend any training sessions for teams.

While GVSU teams have had to adapt to these orders to keep practicing, it did not extend to club sports, as many of them were forced to shut down. Clubs like the D3 men’s hockey team had to put practice on hiatus.

“We haven’t been able to hit the ice at all for the past couple of weeks,” president of the hockey club Brandon Ramboer said. “You know with everything that’s been going on we just shut down immediately.”

Ramboer and the rest of his team have had to deal with holding meetings virtually for the past several weeks. After finishing last season on a high note with a 27-8 record, the team was ready to improve and get back onto the ice. That may no longer be the case, as club sports are not permitted to host games or travel to other schools.  As the president of the club, Ramboer and his coaches have had to adjust to all of these new obstacles in order to keep the team intact.

“Right now my main responsibilities are making sure that the hockey team is in accordance with the COVID guidelines that the school has put in place,” Ramboer said. “I also make sure that incoming freshmen find out about the club so we can continue to grow.”

While the pandemic might have hindered the teams ability to practice for the past several weeks, the Ottawa County order has now been lifted, and the team can return to practicing two times a week.

“We can only practice twice a week,” Ramboer said. “We haven’t decided if we want to practice both days on the ice or stagger them off and on. It will be an adjustment.”

Being able to only practice biweekly is a big deal for a club like the D3 men’s hockey team. The team plays in highly competitive games and has players who are devoted to their club. Without being able to hold a full practice schedule, the team won’t be as conditioned or as talented on the ice together. It’s also a big blow to the players, who haven’t been able to participate fully in their sport.

“You know it sucks because everyone wants to get out there and go on the ice,” Ramboer said. “But we all do understand the situation that we’re in. Guys have just had to workout on their own.”

For now at least, the D3 hockey team will get back to practicing whether it be on the ice or on dryland. The team will have to wait until Jan. 1, 2021, for the Recreation and Wellness department to reassess the COVID-19 landscape at GVSU and to see if playing club sport games is feasible.

The hockey team will also be holding tryouts for the next few weeks. They expect about 100 new recruits to come and compete for a spot on the team. Tryouts will look different this year, with all players and staff wearing masks and staying ten feet apart from each other. Hopefully for the sake of fans, players, and the coaches, games for club sports will return in 2021 so the D3 hockey club can play once again.