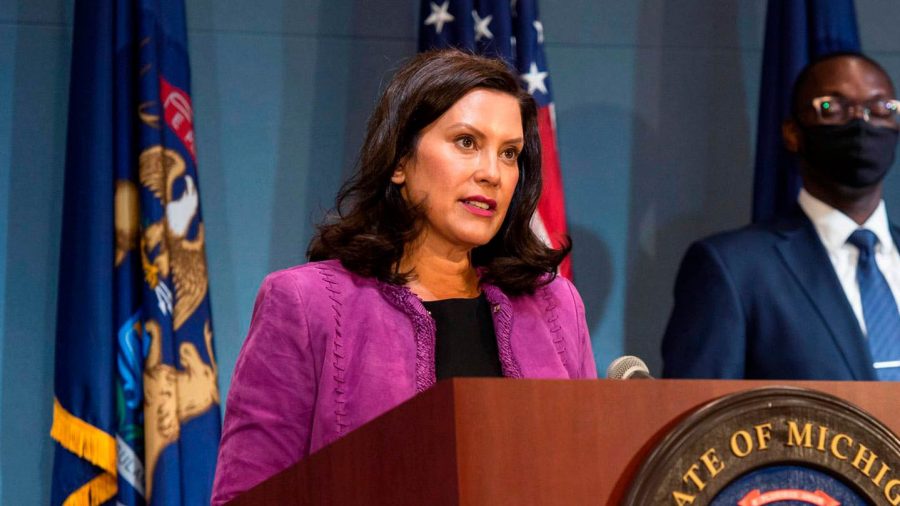 Following the fallout surrounding a foiled plot to kidnap Michigan governor Gretchen Whitmer, 13 people have been charged with a range of offenses related to the coup attempt. One of the charged, William Null, has local ties both through his attendance at a counter-protest against the removal of Allendale’s Confederate statue and his alleged association with Allendale Township Planning Commission member Ryan Kelley.

After Null’s arrest, pictures resurfaced online of him and Kelley at the statue protest, along with screenshots of text messages between Kelley and Allendale Township Supervisor Adam Elenbaas that indicated he would be in attendance with militia members. These messages were sent to the Lanthorn after being obtained by a Freedom of Information Act request.

Kelley was also seen with Null during another rally in Grand Rapids, which is also where Barry County sheriff Dar Leaf came under fire after he shared a stage with the militia member.

A screencapped Facebook comment also surfaced in which Kelley equated the Black Lives Matter movement to the Ku Klux Klan.

“BLM is a hate group that should be classified as a terrorist organization,” Kelley wrote in the comment to a post that had called him racist. “To your first statement, obviously you are misinformed.”

Kelley was an organizer of the American Patriot rally in Lansing in June, which had a goal of uniting as a militia, he said in an interview with WWMT. Screenshots of Facebook posts featured Elenbaas showing his support for Kelley and the protests.

Elenbaas said that he does not have any information indicating anyone from Allendale knew of the plot to kidnap the governor, nor has he been contacted by law enforcement regarding Allendale’s association with the plot. Elenbaas is aware of the photos of Kelley but has not been able to draw a direct association between the two.

“There were hundreds of people in attendance and I don’t know if William Null was there in response to the public events posted on Facebook or if he was invited by someone specific,” said Elenbaas.

Elenbaas did not comment on if there is further internal investigation into the matter.