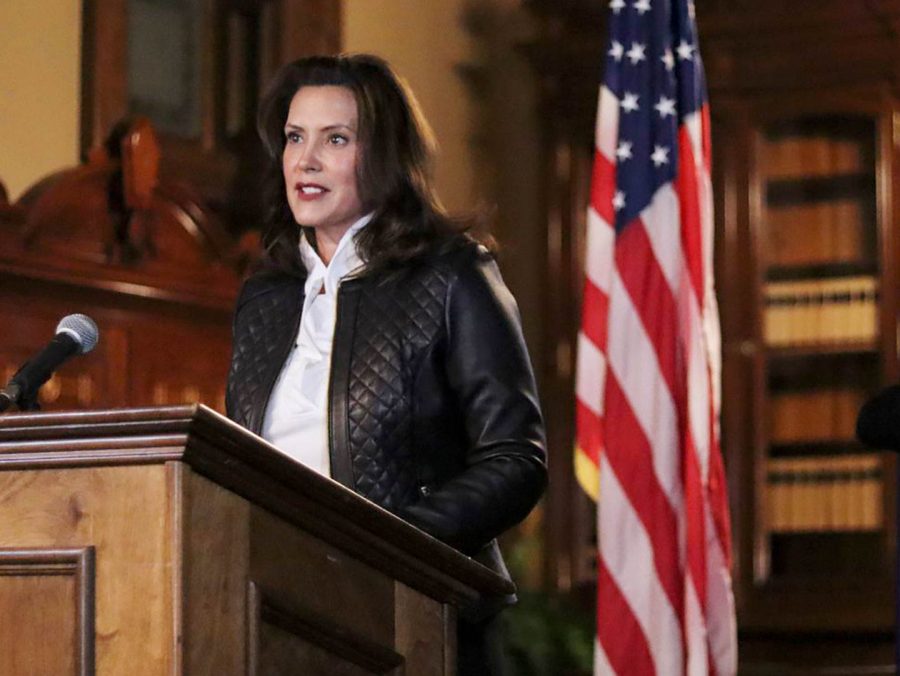 Courtesy to The Boston Globe

Last week, 13 men were charged for allegedly trying to kidnap Governor Gretchen Whitmer. Investigators gathered strong evidence; the men repeatedly spied on Whitmer’s vacation home, planned to detonate explosives on a bridge and at the State Capitol, and discussed executing her. So, while they haven’t been tried yet, the question we’re asking ourselves isn’t if these men planned to kidnap and murder Whitmer, it’s whether their plan could tell us about our community at Grand Valley State University.

The 13 men came up with this scheme because they felt like Whitmer’s efforts to minimize the spread of COVID-19 – a disease that has killed over 214,000 Americans and 7,221 Michiganders and may have left millions with lasting damage to their heart and lungs – were unjustified and tyrannical. This group believes that Whitmer deserves to die, that she is a tyrant, for instituting strict policies that undoubtedly saved lives.

These men, who probably pride themselves on their bravery and masculinity, were reduced to angry, violent children when they were told they couldn’t dine inside of a restaurant and to wear a mask; and it almost got people hurt. It’s frightening to think that anyone would believe this, but it’s even worse to know that these ideas live close to home.

Of the 13, only one man was from out of state. And of the 12 men from Michigan, at least some of them are from Grand Rapids. The group also schemed in the basement of a Grand Rapids business. Chances are, some of us at GVSU have met these men, including when they were in Allendale protesting the Confederate statue removal. But it’s much more likely that some of us at GVSU might agree with them.

GVSU is, above all else, a place of learning. We come here – or remotely participate this year – to grow as academics, workers and people. Every day, we’re encouraged to apply empathy to our studies and consider what our passions mean for the people around us.

But other parts of the world – households, towns, corners of the internet – seem like they were designed to do the opposite. To pull us into the mud, to drag us into selfishness and ignorance. If GVSU wants to stay compassionate and open-minded, it takes active resistance from all of us against the forces that might radicalize us towards hate and narcissism.

Those forces include, but are not limited to, the President of the United States. On April 17, the President tweeted “LIBERATE MICHIGAN!” He was referring, of course, to Whitmer’s emergency orders. The President downplayed the pandemic, ignored the science, and encouraged violent outbursts from conservative militias. His response to the news of the kidnapping plot was to further condemn our governor, as he not-so-subtly appeared to be on the side of those who also want to see Michigan “liberated”.

The fight against selfishness and ignorance doesn’t end when we leave GVSU; but here, we have the resources that we need to become lifelong learners. Keep your mind open, and take advantage of the tools at your disposal to keep everyone safer.