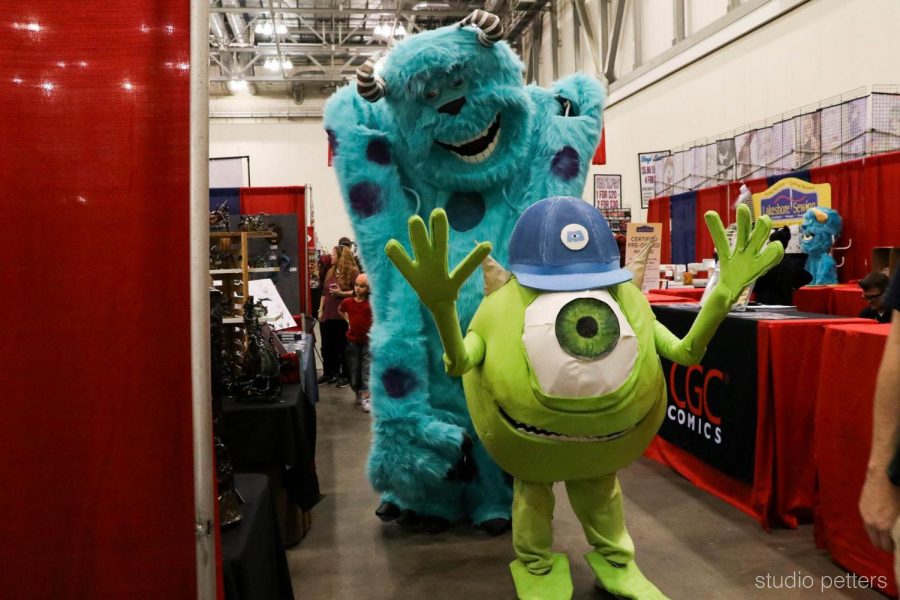 Much like many other large events and festivals in 2020, the organizers at Grand Rapids Comic-Con were holding out hope that there would be some sort of vaccine for COVID-19 by the time their convention started in mid-November.

Unfortunately for comic book and movie fans all across West Michigan, Grand Rapids Comic-Con announced this week that they have canceled their 2020 event, originally scheduled to be at the DeVos Place from Nov. 13-15.

“The first I thought this might get the plug pulled on it was Labor Day,” said GR Comic Con co-owner and event director Mark Hodges. “We were holding out hope with all the vaccine studies going around, but we got the notice from the city (of Grand Rapids) that the event would have to be canceled.”

Hodges cited the Force Majeure clause as to why their event was canceled by the city of Grand Rapids.

Previously called the “Act of God” clause, this common clause in event contracts essentially frees both parties from liability or obligation when an extraordinary event happens that beyond the control of both parties. Wars, large natural disasters caused by weather, and pandemics fall under this category.

Despite the sad news of this year’s Comic-Con being canceled, in an effort to make up for that loss of revenue and provide comic book fans with the entertainment they’ve been craving, Grand Rapids Comic-Con announced this week that would hold a “Spring Fling” event, an addition to next year’s traditional Comic-Con set for November 2o21.

The Spring Fling event is tentatively planned to be held at the DeltaPlex Arena from April 13-15, and will feature most of the same celebrities, comic book artists, authors and YouTubers that were set to attend this year’s canceled event.

Hodges said that the aim of the new Comic-Con event will be to appeal to families, who will get special discounts that will be announced on GR Comic-Con’s website in the coming months.

“We’ve been discussing doing another show for years,” Hodges said of the additional April event. “The fall show downtown has become a major event, and as a result of that, it’s become expensive. It’s gotten to the point where the average family can’t afford it. We want to do a Sunday special (discounted ticket package) for them. It’s going to be scaled back appropriately, just a smaller version of what we do downtown.”

In terms of booking the guests that were set to come to the November event, Hodges said that that process has been more difficult than ever thanks to COVID-19.

“We’ll see who we can get, but you just don’t know who you’re going to get right now,” Hodges said. “You’ve got some guests who won’t touch the show right now with a 100-foot pole because of COVID-19, then you get other guests who have no fear of this stuff who are ready to go to events today. That’s just the sort of way it is right now.”

Hodges also wanted to emphasize that he and his team are working as hard as they can to put some sort of event in place soon, not only for sake of attendees but also because of the strains the pandemic has put on the entertainment industry,

“One area that COVID-19 has hit really, really, really hard in terms of economics is entertainment,” Hodges said. “You haven’t been able to go to a movie theater in six months. Hollywood production has literally stopped. Name me a rock band that’s touring. With all the guys behind the scenes working in production and in the unions, none of them have worked in months. I know a lot of people who are financially hurting, which is part of the reason we hung on to the last minute until ending the November show to at least make them some Christmas money.”

For groups of students who plan on attending Comic-Con in 2021, Hodges recommends going in on group packages to save money and enjoy the experience with your friends.

“We know we’re going to be doing a slightly discounted group rate on Fridays,” Hodges said. “That would be groups of 5-10+ getting in for a little cheaper. Getting five buddies together would be cheaper if one person buys tickets at a group rate.”

To see the new line-up of guests and purchase tickets for the 2021 events, visit Grand Rapids Comic-Con’s website.