‘Coming Out Day’ is every day, not just once a year 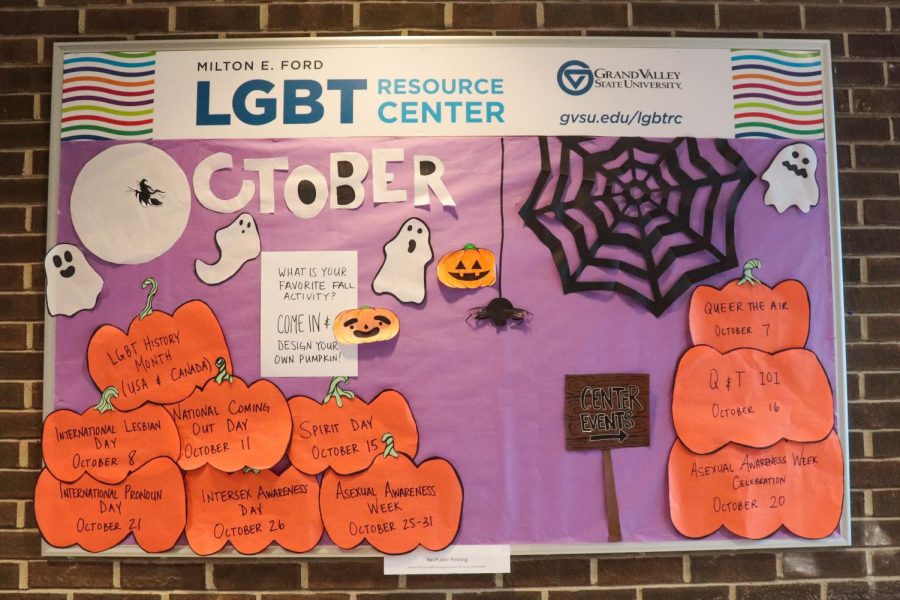 This past Sunday, Oct. 11, the world celebrated National Coming Out Day (NCOD), a day that celebrates the ‘coming out’ of a member of the LGBTQ+ community, which usually entails telling one’s close friends or family your sexual orientation, although it can look very different for people depending on their situation.

Inaugurated in 1988 by Robert Eichberg and Jean O’Leary, NCOD Initially administered from the West Hollywood offices of the National Gay Rights Advocates, the first NCOD received participation from eighteen states, garnering national media coverage. Eichberg, who died in 1995 of complications from AIDS, was a psychologist from New Mexico and founder of the personal growth workshop, The Experience.O’Leary was an openly lesbian political leader and long-time activist from New York, and was at the time the head of the National Gay Rights Advocates in Los Angeles.

While it’s been celebrated in the United States by openly LGBTQ+ communities for a little over three decades, the struggle that that many groups face regarding rights still rages to this day. Just recently, in June 2020, the Supreme Court ruled that a landmark civil rights law protects gay and transgender workers from workplace discrimination in a decision that was both unprecedented and unexpected.

For many LGBTQ+ individuals, coming out can be one of the most profound life moments. Although it’s important to remember that for some, their coming out story may be a personal and painful one. It’s important to remember to respect a person’s wishes if they express that they don’t want to share it. LGBTQ+ rights activists fight for individuals who are still unsure, have come out and are scorned by family and friends, and those who haven’t come out to make change that helps them to feel supported by the wider community, each other, and the government. Equal rights and representation, and those fighting for them, are an incredibly important part of feeling safe enough to come out for many individuals, and many face violence and hate that forces them to keep their orientation hidden.

“Thirty-two years ago, on the anniversary of the National March on Washington for Lesbian and Gay Rights, we first observed today as a reminder that one of our most basic tools is the power of coming out,” said the Human Rights Campaign (HRC) in a statement on NCOD. “Coming out, whether it is as lesbian, gay, bisexual, transgender or queer, still matters. When people know someone who is LGBTQ, they are far more likely to support equality under the law. Beyond that, our stories can be powerful to each other.

In the U.S., the HRC sponsors NCOD events under the auspices of their National Coming Out Project, offering resources to LGBT individuals, couples, parents and children, as well as straight friends and relatives, to promote awareness of LGBT families living honest and open lives.

According to a 2019 Gallup poll, 4.5% of adult Americans identify as LGBT, with 5.1% of women identifying as LGBT, compared with 3.9% of men. A different survey in 2016, from the Williams Institute, estimated that 0.6% of U.S. adults identify as transgender. A large number of individuals that identify as LGBTQ+ are under the age of 29.

They are also six times more likely to experience symptoms of depression than their heterosexual counterparts, and are four times more likely to attempt suicide, have suicidal ideations or self-harm than straight youth. LGBTQ+ youth who come from highly rejecting families are over eight times as likely to have attempted suicide as LGBTQ+ peers who reported no or low levels of family rejection.

A GVSU sophomore, who has been kept anonymous so as not to be publicly outed, said that coming to college has helped them work towards being comfortable in their sexuality thanks to friends support.

“Coming to college has allowed me to literally choose my family, and although back home I don’t feel supported and am always walking on glass, here I can be myself and not be afraid of who I am,” they said. “GVSU has a really great campus that I’ve found friends and a home at, and it’s now honestly hard to go home during the holidays because that anxiety and fear comes back fast. But I always know I have friends here for me, and that community is am amazing support system. My advice would just be to be there for your LGBTQ+ friends and let them know you care, they appreciate hearing it more than you know and it can give them a lot of strength.”

What a lot of LGBTQ+ identifying people won’t tell you, though, is that coming out isn’t just a one-time thing in many instances. For a lot of people, coming out is a process and sometimes a daily task. Being mindful of the work and strain this can put on someone is a good thing to remember. Above all, approach with understanding and kindness, even when celebrating someone’s orientation affirmation.

This year Coming Out Day had its 31st anniversary. Young people who are LGBTQ who are “out” to their immediate families report feeling a sense of satisfaction over time than those who aren’t, but just it isn’t always that simple. For those who aren’t out yet, know that you are valuable, important, enough, and it’s okay if you aren’t ready quite yet.

Support is the number one thing that LGBTQ+ individuals appreciate when faced with a world that often misunderstands them, and having allies and friends is what helps many of us have the courage to be who we are freely. Celebrate each other every day, whether it’s your cisgender, lesbian, gay, bisexual, transgender or queer families or friends, everyone’s life and love is always worth it in the end.