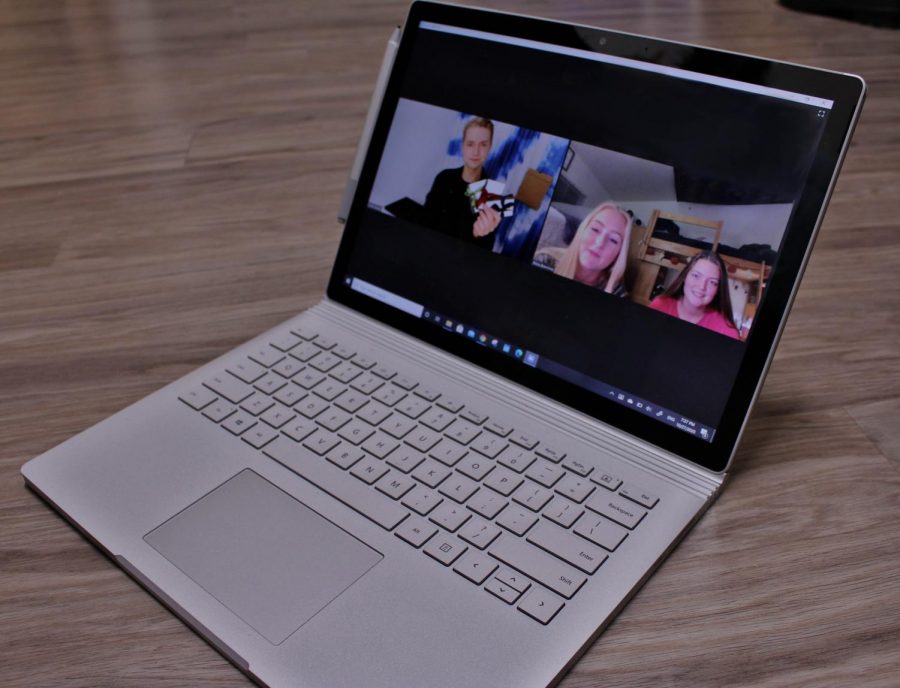 Haunted Week at Grand Valley State University caps off October and gets students in the mood for spooky season. The week-long celebration began Tuesday, Oct. 27 with magician and comedian Trent James performing an interactive magic show via Zoom.

GVSU students had the opportunity to sign up to attend the show online. From 7-8 p.m., those in attendance were entertained by a talented and well-known magician in the college market.

Over the course of the hour-long performance, James conducted sleight of hand magic tricks and illusions, and even taught attendees how to perform some simple magic tricks with items that could be found around their homes. James, who also performed at GVSU’s Sibs and Kids weekend last year, said that the magic tricks done in this show were some of his favorites to perform.

James said that his favorite part of any show comes from interacting with the attendees.

“Throughout the show we had some awesome students come on to try some mind-reading magic,” said James.

For those who enjoyed his show, they have James’ father to thank for starting it all. Every show, James kicks off his act with the very first trick his father taught him as a kid.

“My father was an amateur magician and he got me into magic when I was 5 years old,” said James.

So far this year, James has performed at over 60 college campuses. James said that as a 23-year-old, he can’t think of a better time in his life to show off his talent to college students at their universities.

“This is who the show is made for,” said James.

James said that those in attendance really enjoyed the last magic trick of the night. Moments like that always feed into spectators questioning what is real and what isn’t.

“The best reactions seem to come from the ending to show, where we make someone’s imagination into a reality,” said James.

Regarding the importance of his profession in the current state of the world, James said using entertainment like his as a way to escape has never been more important.

“I think entertainment is needed now more than ever,” James said. “It’s very important to be in touch with what’s happening in our world, but everyone needs some time away.”

In a time where everyone is feeling a little down, it’s important to keep spirits up, which is why James keeps performing.

“I hope my show can be a distraction of sorts,” James said. “I hope I bring people a bit of joy.”

The rest of Haunted Week at GVSU involved an Interactive Rocky Horror Picture Show Dance Party at Lubbers Stadium on Wednesday, pumpkin decorating on Thursday, and showing Hocus Pocus on the Field on Friday. The Halloween festivities put on by the university came to an end on Saturday, Oct. 31, with its Haunted Arboretum event.