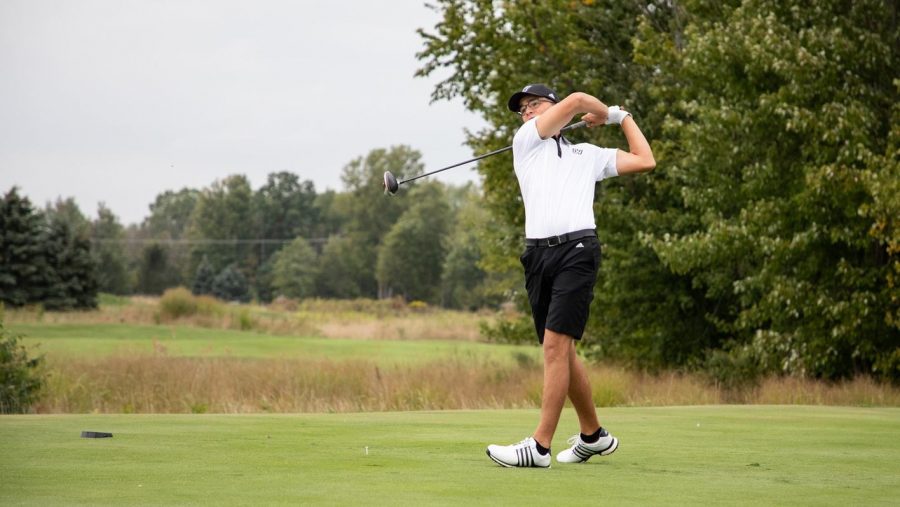 In early 2020, college athletes were informed that their spring seasons were cancelled due to the risk of contracting COVID-19. The pandemic has caused the NCAA to grant those athletes another year of eligibility. This means that all college athletes will be able to opt into playing an extra year of their sport.

Charlie DeLong, a member of the golf team at Grand Valley State University and the GLIAC Freshman of the Year recipient, will be one of those players benefiting from the ability to opt into another year of college play.

“All of us are almost looking at it like a blessing in disguise,” DeLong said. “We are a very young team, so it gave us sort of a warm-up season in the fall. This spring, we should have four freshmen in our starting lineup out of five, so it’s pretty cool we got a year to warm-up and get into college golf.”

The extra year that Delong will get for his eligibility is going to be a good time to put in work for what he hopes to succeed in for his future in golf as well.

“Coach always says practice as if you were at the next level,” DeLong said. “This will give us time to focus on getting as good as we can the next four years, and then hopefully pursue golf afterward.”

DeLong also said that because he has an extra year of competition ahead of him, he now has more flexibility in his schedule with academics. Although Delong won the Freshman GLIAC of the Year award last season as well, he will essentially be considered a freshman for this upcoming year, but he will not be eligible to win the award for a second time.

With this decision of granting an extra year of eligibility, although it can benefit current players on the rosters for spring sports, GVSU golf coach Gary Bissell points out some things that can hurt some incomers for the future.

“As great as it is, and I’m glad those guys got a year of eligibility back, we recruit two to three years in advance,” Bissell said. “So now, we have all these guys able to come back that we didn’t expect to be back, and it’s not like they gave us more scholarship money.”

Bissell also noted how tough it is right now to be a high school senior athlete wanting to compete at the next level due to more limited roster space on college athletic teams. College athletic teams will now have to deal with things such as budgets, equipment and scholarships going forward.

Another decision will have to be made for seniors on an athletic team. If they graduate, they will be able to take that extra year of play, but you also have to have a full course schedule, which means getting into graduate school or spending money on classes that they won’t be needing in the future. If they’re not on a full-ride scholarship, this will be money directly out of pocket.

This is the exact problem that Bissell and senior golfer Matt Orwig, who graduated in May, ran into.