Fans weigh in on barren fall sports season at GV 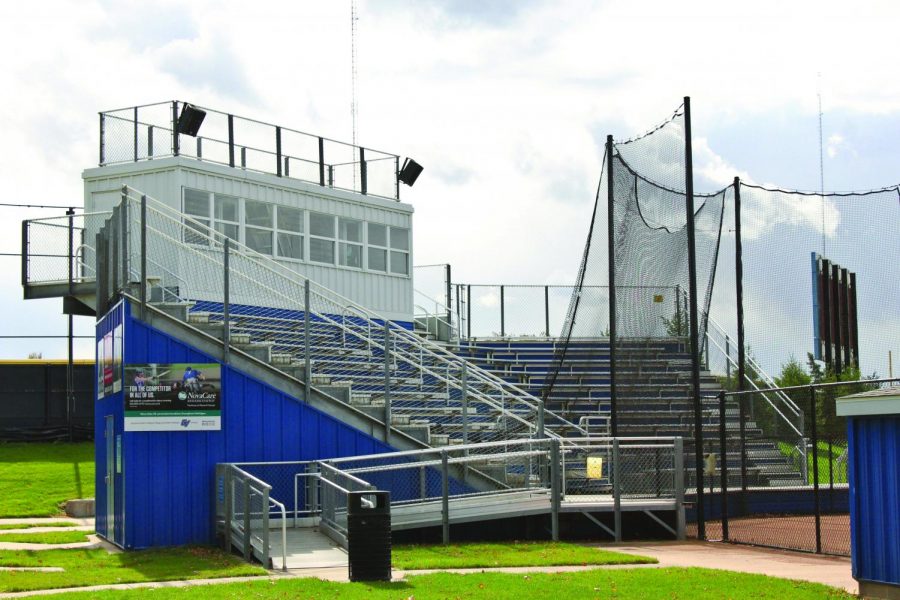 There is little doubt that the fall 2020 semester at Grand Valley State University has felt foreign to many students and teachers. With many classes online and social distancing limiting students’ ability to meet and converse, it doesn’t even feel like a normal semester at college.

This feeling of isolation and even despair hasn’t been spared on GVSU athletics. Perhaps the most consequential decision brought on by the COVID-19 pandemic was to cancel fall sports. Many articles have been written about student athletes adjusting to no longer having a season or how they practice in much different circumstances then they’re used to. While student athletes and coaches have been affected the most by a lack of sports, there’s still another question to be asked: What about the Laker fans and students who love GVSU athletics?

“It’s a lot quieter walking to class or to work,” said junior Caleb Biel. “I wouldn’t say depressing, but the overall atmosphere is just down. The pandemic has certainly impacted the school in a negative way.”

There’s little argument to be made about how walking around on campus is different now. It’s no longer lively. There’s no signs in the grass promoting a big basketball or football game. This semester, there are no games to go to and much fewer events to attend with fellow students.

Biel is like many other student fans at GVSU. He enjoyed going to football and basketball games. He enjoyed participating as a fan in the atmosphere of a game and being a part of something with his fellow GVSU students. That’s not an option this year.

“It just kind of stinks,” Biel said. “I love going to games and especially football games. It’s a fun weekend thing to do. In the sense of the guys and gals who came to GVSU to play sports, it’s their livelihood and you have to feel for them for not being able to play games.”

It’s not just student fans that miss sports. There are groups of parents who have their children go to GVSU and former alumni who still enjoy games. While the impact of a lifeless campus and tailgating won’t affect them as much, they still miss watching the Lakers play.

“I originally just started going to GVSU football games just to watch the marching band,” said Laker parent Thomas Worswick. “Once we started going, we had a spectacular time. It was such a great environment and we grew to love the team and the games.”

Worswick has been a Laker football fan since 2014. His daughter went to GVSU and was a member of the marching band. Worswick and his family may have started coming to games to support his daughter in band, but he continued to come and stay a fan for different reasons.

“For us spectators, it means a lot for us too,” Worswick said. “For my son and I, fall means football for us. I graduated from the University of Michigan and I used to go and watch games there. When I started going to games at GVSU, I had as much or even more fun watching the Lakers. Football is a big part of mine and my family’s life. Going without it this year is rough.”

When his daughter was still at GVSU, Worswick went to every home game and even went to several away games. Even after his daughter left, Worswick and his son still attend games. While it may be disappointing for Worswick and fellow fans to not be able to watch Laker sports, most understand why the decision was made by the Great Lakes Intercollegiate Athletic Conference (GLIAC) to cancel fall sports. They also feel bad for the student athletes who will not be able to compete.

“It’s obviously really disappointing,” Worswick said. “It’s really rough for the student athletes. For the seniors, not many of them have an opportunity to take an extra year of eligibility and come back to GVSU. Division two is a really nice balance between athletics and academics. I feel like in most cases that students will move on to careers and to start their lives. This season just feels like a missed opportunity for them.”

The decision to cancel fall sports was largely based on protecting players, coaches and spectators from the virus. Bigger division one universities are playing sports, but those opportunities are less pursued at DII schools, like GVSU, who have smaller budgets and fewer resources. The dissonance between these two routes had led to Laker fans thinking there still is a way to play sports this fall.

“I think there’s things to do to keep athletes and coaches safe,” Worswick said. “They could limit spectators to help stop the spread of COVID-19 at games. I think there was a path to play fall sports in a safe way to not put student athletes at risk. I do understand the difficulty of coming to that decision and I feel like all of us Laker fans get it. I would have liked to see a fall season happen but I understand the administration making the decision to cancel sports this fall.”

It’s disappointing not only to athletes that can’t compete, but also to those who love attending GVSU games. No matter the sport, GVSU teams will always have massive support from students and fans outside of the university. As the deadline to reassess the pandemic’s landscape at GVSU for winter sports looms, Laker fans will eagerly await and continue to hope that sports will commence once again.