Now is the time to start demanding more from your politicians 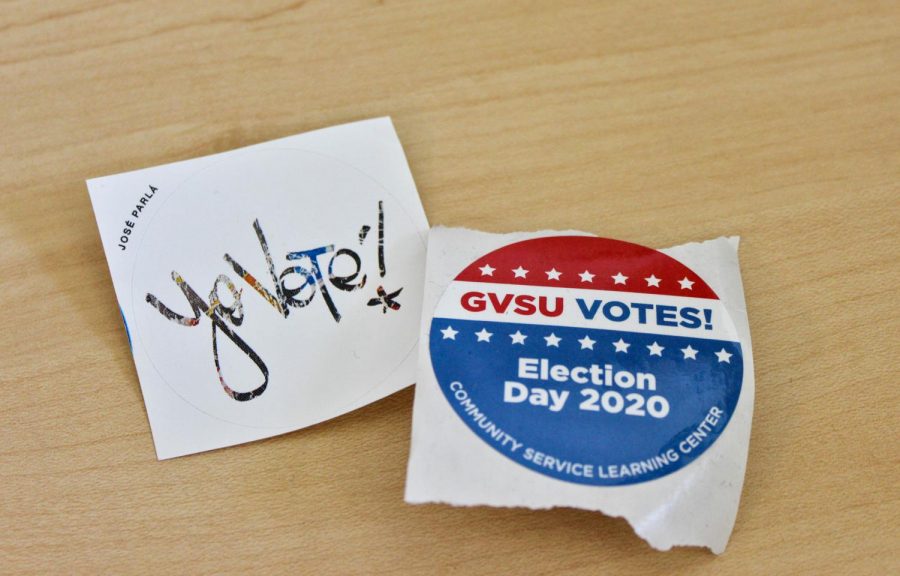 After spending seven and a half hours in the office with my fellow editors in the Lanthorn office on Grand Valley State University’s campus covering night one the 2020 election, I came home and ended the night as millions of Americans did before they finally gave in to exhaustion and turned off the election coverage — confused, tired and slightly panicking. I’ve spent the last week wondering how we got here and what this election will mean for the future.

As a journalist, the election is an endeavor in itself in terms of coverage and the amount of work you put in weeks in advance, on election night and in the days, weeks and months afterwards. As a human being, a woman and member of the LGBTQ+ community, I’ve been an emotional rollercoaster for some time, and the election didn’t help. Watching the coverage, I had so many emotions, but the main one was concern.

There was concern that we aren’t asking enough of ourselves, but even more so of our politicians. It feels as if we’ve watched democracy being mangled before our eyes, and minority lives being destroyed and upheaved by governmental decisions, anger and fear battling in the form of protests on our streets due to injustice unlike any other. The scariest thing is that these complex, dangerous and devastating issues won’t end when a new president is elected, and we’ll need to hold our elected officials accountable more than ever if we want to make desperately necessary change.

We’ll still have 50,000 migrants in detention centers with thousands of children separated from their parents, there will still be global and national protests against police brutality and violence, and there will still be discrimination on a daily basis on our streets and in the private and public lives of minority groups. Along with a myriad of other complex major concerns, the list seems almost endless.

Work to change these issues comes with the acceptance that we can’t continue to idolize our politicians for simply doing their jobs. We need to demand more because people’s lives depend on the work they do now. If we are to pay their salaries based on the work they do, we shouldn’t treat them as superheroes for doing what should be the norm. I’m always one to commend a job well done, but in politics, the good times can never last forever.

The 2020 election promises potential for a new era in politics, but cleaning up the mess will take time and bipartisanship that this country has never seen the likes of. We need young voices and strong values to lead us forward, and we’re starting to see it with every election, but we need to keep pushing. Viewing any human as any more than what they are — mortal and flawed — gives them inordinate power and far too much control.

Alexandra Ocasio Cortez is not some Hollywood hero — she’s a brilliant mind who’s doing the work that our failed politicians have needed to do for quite some time. She has set an example, and it’s time for we the people to ask those failed politicians to do more, and be better. It’s time for intentional politics, with people who value human rights and have plans that are for the people.

Joe Biden, nor Donald Trump is anyone’s savior, nor is any one politician really, but recognizing a step forward when you see one is a leap worth taking. Seeing and acknowledging the flaws that exist in every politician needs to be a priority. Hold all politicians accountable for what they do in the next four years and onward. If anything, the next president will need the American people’s ears and voices more than ever.

This year, every vote will matter because that guides how we see ourselves as a nation and our politicians. Let’s do this work, and feel what we need to after the decision comes, then get to doing the job. Fighting for the rights and lives of people is one of the most important jobs we have as free citizens, and we’ve decided to fight with one another. Let’s put the pitch forks down from each other’s throats and start blaming the people responsible for all of our misplaced confusion and anger. Start putting that energy into asking what our politicians can do for us.

We all have a choice now: to continue that hate in the wrong direction or to use that passion to make positive change and discussion. We used to be good at that, right? At least capable of it, I thought.

I want you to prove me wrong, America, because I think we all need a little faith in each other again. Prove that change can be made out of vile division, and that it begins with calling on our leaders and each other to make that possible. It begins in your township, your city, your state, your White House. Be the change you seek in the world, and know that your voice matters.

The next four years will define our lifetime just as the last four did, and I encourage every person that exists on this red, white and blue soil to raise theirs, and raise others’ in the process. Because every single voice deserves to be heard, and now is the perfect time to make yours known.