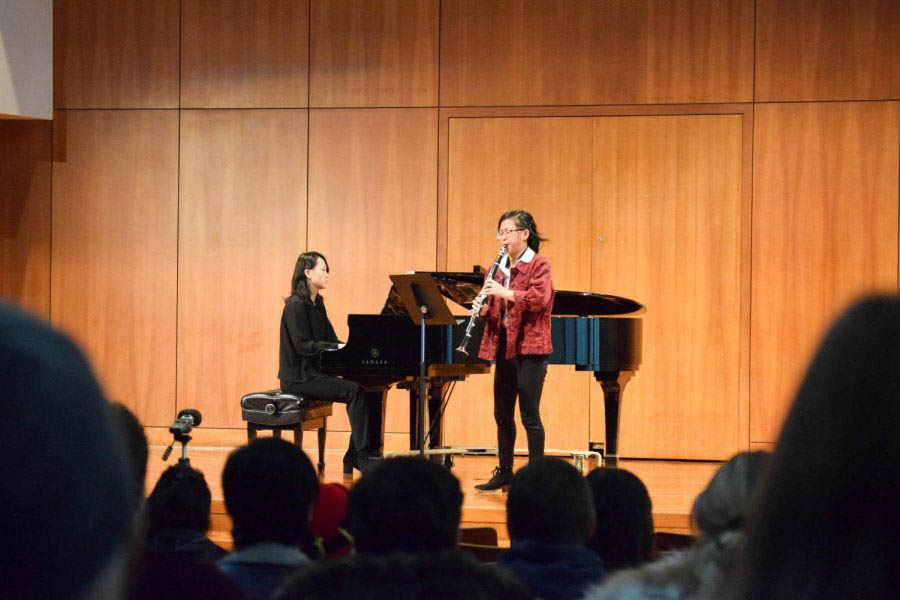 When we think of classical music, our first thoughts are of artists like Mozart or Beethoven. But classical music is more than a collection of composers who have long since passed, but it is a genre of music that is still being developed by contemporary composers. The Grand Valley State University Department of Music, Theater and Dance hopes to foster that realization through the 20th/21st-Century Piano Festival.

Held Saturday, Nov. 7, the festival is in its sixth year of being organized by professor Sookkyung Cho. The event focuses on providing a performance experience for about 70-80 K-12 students, or “pre-college” as the festival terms them. This year, the event is hosted on the GVSU Piano Facebook page where all videos will be streamed.

The festival is a unique offering in Michigan and very few similar festivals exist elsewhere in the world. In fact, a German college student reached out this year, and although college students are not typically highlighted, she will be sharing a performance piece.

Because the focus is on the past 120 years of classical music, the students get exposure to many forms of the genre.

“They actually get to work with original composers, not dead ones, and see music come alive from the written notes,” said Cho.

In the hopes of introducing the participants to new musical experiences, Cho selected a video of the New Music Ensemble, and a 19 piano arrangement of a Chopin waltz recorded during GVSU’s summer camp.

Another important element of the festival has been premiering new duets commissioned by various composers. While premiering a duet would be impossible this year, a senior music major, Rebekah Shomsky will be sharing the first movement of her original composition.

“I feel new to the world of compositing and to share something I’ve written, I’m surprised people actually like it,” said Shomsky.

Shomsky has been a part of the festival since her freshman year.

“I definitely wish I would have had something like this as a kid,” she said. Now, she gets to be the composer the students get to see perform.

The event is important to Shomsky because she hopes young people realize there is more to classical music.

“Classical music gets stuck because they’re (Mozart, Beethoven) great but it’s important to discover creative original composers with new ideas moving classical music,” she said. She didn’t even know many of the newer composers existed until she arrived at GVSU.

Cho hopes the festival provides both participants and audience, “exposure to a wide variety of music celebrating pieces written in recent decades not used to hearing.” Shomsky said she is excited about “sharing the joy of music. music is still an important part of all of our lives.”