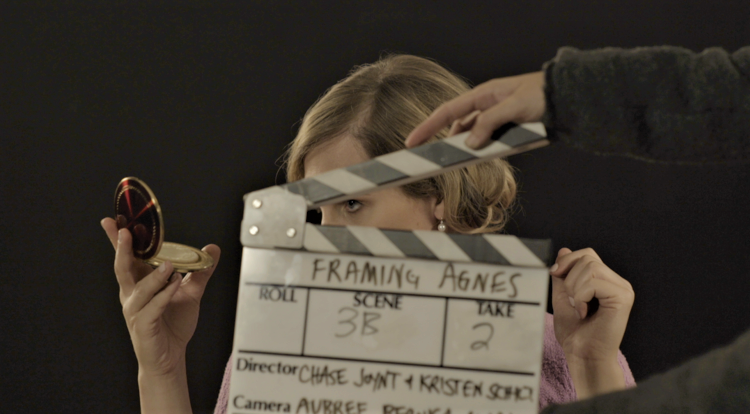 The virtual event will feature filmmakers Chase Joynt and Kristen Schilt, who are working on the experimental documentary Framing Agnes. (Courtesy/ Chase Joynt)

Over the last decade, more than one person per month has died due to transphobic hate or prejudice, regardless of any other factors in their lives. Tragically, many of these murders of transgender Americans remain unsolved today. The annual Transgender Day of Remembrance stresses the importance of not only remembering the lives of those that were lost to anti-transgender violence, but ending the continued deaths.

The event is held in November to honor Rita Hester, whose murder on Nov. 28, 1998, began the “Remembering Our Dead” web project and a San Francisco candlelight vigil in 1999. Rita Hester’s murder still hasn’t been solved. As they do every year, the Milton E. Ford LGBT Resource Center at Grand Valley State University will be joining in on the acknowledgment of this important day.

“The LGBT Resource Center is excited to announce our annual keynote in honor of Transgender Day of Remembrance,” said the center’s Associate Director Marla Wick. “This year’s program will be virtual, and the participants should register on our website to receive the Zoom link.”

The Transgender Day of Remembrance will be held from 5-6:30 p.m. on Tuesday, Nov. 10. Those interested in attending can RSVP by going to the LGBT Center’s website at www.gvsu.edu/lgbtc. Registration will close on Nov. 10 in order for The LGBTQ Center to be able to send out the Zoom link to participants. The event will feature a raffle that all attendees can enter and the winner will take home a lucky bonus prize, a progress flag and a pin.

“During our event this year, Chase Joynt and Kristen Schilt will discuss their collaboration on ‘Framing Agnes,'” said Wick.

“Framing Agnesis” is a short film that premiered at the 2019 Tribeca Film Festival and won the Audience Award at Outfest in Los Angeles. Its enthusiastic reception has led to the project beginning to be extended into a feature length film. Joynt and Schilt have been invited to present their work at Columbia University, the Radcliffe Institute at Harvard University and the Museum of Contemporary Art in Chicago.

The project is inspired by Harold Garfinkel’s 1967 case study of the titular “Agnes,” a transgender woman who has captured the imagination of social psychologists, feminist social scientists, queer theorists and transgender studies scholars alike. Drawing on newly-discovered archival materials, project collaborators Kristen Schilt and Chase Joynt bring Garfinkel’s interviews with Agnes and her contemporaries back into the historical context of the emerging disciplines of sex and gender in the late 1950s. Schilt and Joynt will present a piece of their in progress full-length documentary during the online event.

As always, the hopes of the Transgender Day of Remembrance is to stop the hatred and violence geared towards the transgender community. The LGBT Resource Center at GVSU strives to bring awareness to deaths that society cannot afford to disregard, but also shed a light on the lives of trans people like Agnes so that they won’t be forgotten. The LGBTQ community wants to bring people together, no matter their identities, to both mourn and honor those who’ve died.