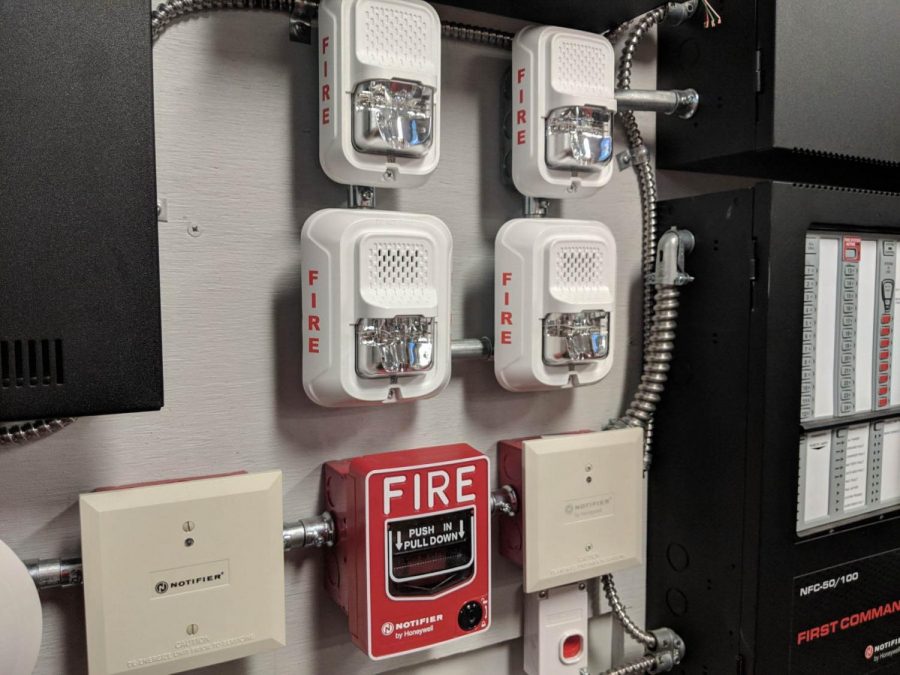 Throughout any given school year, the Grand Valley State University Police Department (GVPD) will see a wide variety of incidents reported around GVSU’s community. This year, however, it seems like there are more fire alarms going off than ever before.

While there is no indication as to why there are more fire alarms going off compared to usual, the belief is that a lot of them have to do with students cooking around campus in the living centers.

“It does appear that we are seeing a few more come in related to cooking, but I honestly couldn’t say if it is for sure more than what we have seen in the past,” said GVSU facilities manager Adam Tate. “Generally, most of those that come through it would be they left popcorn in too long or forget to put the water in the easy-mac and it creates just enough smoke to trigger the smoke detector in that particular room.”

As a facility manager, Tate acts as the liaison between the housing departments and Facility Services. He often monitors the alarms that come in and he looks to see if the alarms have happened in a room or building multiple times. Even though there are many alarms coming in this year, they are almost always no big fires that cause substantial damage.

“We’ve had a couple of fire events that have occurred where there have been thousands of dollars in damage but honestly, it’s overall been pretty minimal when you think of how many residents we have on campus,” said Tate.

The only fire reported on campus this year left more water damage than the fire did. When multiple alarms go off in rooms or in a common area in living centers, that is when the fire department is called. It is rare they have to do a lot when they get to campus, however.

GVPD Capt. Jeffrey Stoll said maybe that one in 10 times, the fire department would start coming to campus, and there is an even less chance that they have to actually do something when they arrive.

The GVPD’s community officers usually have two fire drills per year for campus residents and there is one health and safety check that occurs in dorm rooms each semester that is done by housing staff.

Tate credits the students for being safe, but also credits the system they have in place to catch alarms and respond to them if needed. He does, however, have some tips and ideas to help keep students safe and following the rules.

“Probably the most important things are making sure that you don’t walk away from cooking,” Tate said. “Even if you’re just putting popcorn in the microwave or something it is so important to continue to be there. Don’t think that you can walk away or go in the other room while the popcorn is cooking. Be there so you can catch if you start to see it start to burn and that kind of thing. A lot of that does occur if people aren’t paying attention or just walk away.”

Stoll says the goal of the GVPD when they respond to these alarms is to make sure that the alarm is clear and that there is no further danger present in the room or area.

While it does seem like there are more alarms coming in than usual, Tate and Stoll hope to keep spreading the word on prevention and safety.