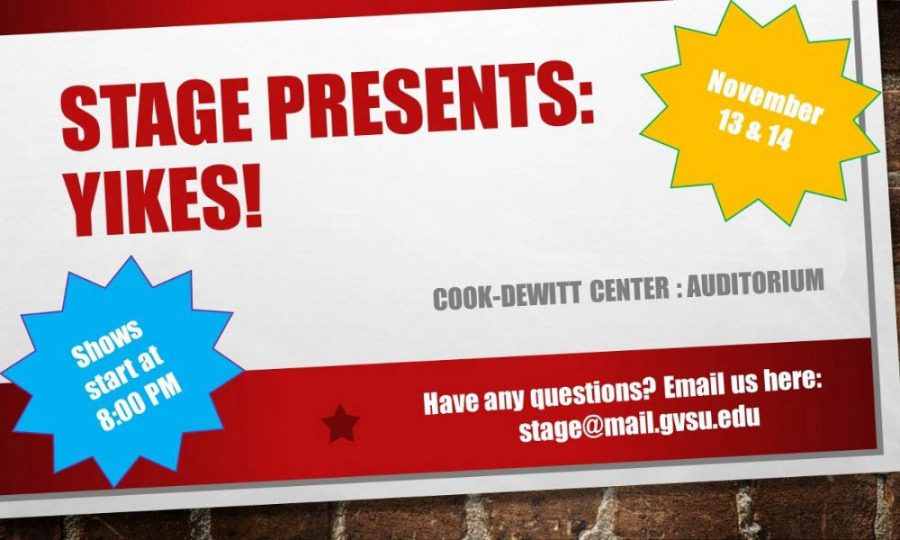 As a student-run theatre club, STAGE didn’t think they’d be able to host a show this semester. But when Student Life reached out a few weeks ago asking if they could put together an in-person show, they jumped at the opportunity.

“YIKES! 2020” was held last Friday and Saturday in the Cook-Dewitt Center. The show was also streamed through STAGE’s Twitch account. Each of the four comic skits were written by alumni or authors no longer a part of the club, but current students ran every other part of the show.

Typically, STAGE puts on three to four shows a year, one of which is a full-length one hour show. The first show of the year has always involved a version of YIKES. This production followed a skit model, which vice president Matthew Lombardi said allowed the preparation to go smoother.

“The Eboard picked scripts to be short and easier to memorize and put together in three and a half weeks,” said Lombardi.

In order to put together a good show in such a short time STAGE president, Kaitlynn Richardson said they selected scripts from past productions. These included a skit that didn’t get to be performed after the shutdown in March.

Lombardi, who directed a skit, said that the show felt like a fairly normal production.

“Not a lot has changed, other than making sure during blocking they stay 6 feet apart and following social distancing guidelines,” said Lombardi.

He noted that some roles had to be double cast because of the lack of actors auditioning. Richardson was a last-minute addition to the cast, having to learn her lines in a day.

Executive technician Nate Vedders looked forward to putting on a show in the Cook-Dewitt Center for the first time. Normally, the club uses Area 51 in the Kirkhof Center but needed a larger space in order to follow social distancing guidelines.

When not putting on production last minute, the club has been spending time with different forms of storytelling, like creating Dungeons and Dragons campaigns.

“Our unofficial slogan this year has been ‘STAGE: we have fun here,’” said Richardson. “This year is hard for a lot of reasons, and I’m glad we can keep something at least at a minimum of normal.”

In the end, the club wants to share the laughter they get from being together.

“We want to do what we do best, bring smiles and capitalize on stupid humor,” said Richardson.