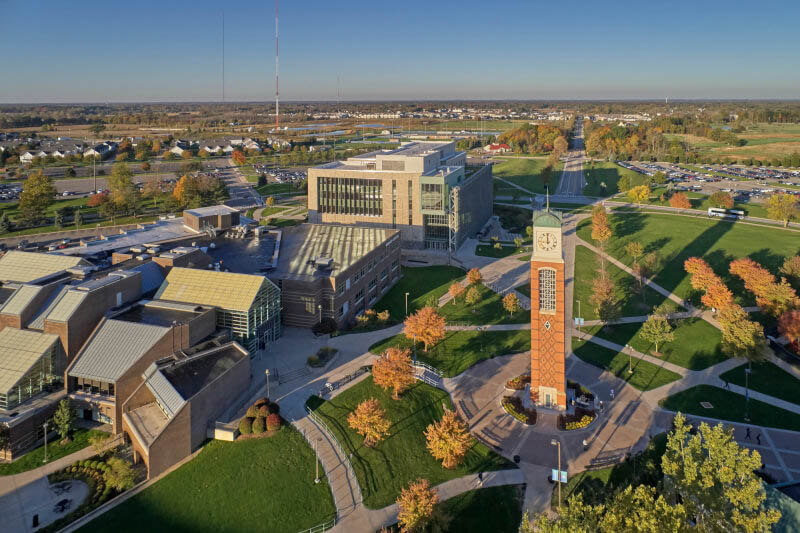 As a tumultuous 2020 school year continues to throw new challenges and students and universities across the country, Grand Valley State University has answered the question that every school has had to ask themselves this year: how do we balance a multi-million dollar budget, especially amid the pandemic?

The Board of Trustees approved the proposed 2020-21 budget Nov. 6, and it did not come without a fair share of changes compared to years prior. A decrease in enrollment, the pandemic and uncertainty around funding from the state of Michigan has led the university to make cuts in various departments, while other areas have gotten funding increases.

Although some of the cuts look like the results of major losses by the university on the surface, Greg Sanial, GVSU’s Vice President for Finance and Administration, said that the decisions go much deeper. The situation is not as dire as it would seem at first glance for some departments, who had say in how their specific budgets would shift, he said.

“We looked across all the divisions as a senior leadership team to identify kind of a strategic approach, and then within each division, individually, like Academic and Student Affairs, finance and administration, places like that,” Sanial said. “They then have their own internal processes. So within Academic and Student Affairs, they identified through their internal processes with their deans how they would identify opportunities through consolidation, streamlining processes and things like that to identify areas where they can identify savings”.

Looking at each educational department at GVSU, the budget shows cuts of $6 million (6.7% decrease) and $2 million (17.4% decrease) for the College of Liberal Arts and Sciences and the College of Education, respectively. Even during the pandemic, GVSU seems to be doubling down on their commitment to growing their presence in downtown Grand Rapids, as the health and business colleges saw only minimal decreases to their budgets, as well as a nearly $1 million increase in the budget for the Padnos College of Engineering and Computing.

Sanial also noted that there are many factors that play into budgeting GVSU’s different colleges. For example, current college enrollment and trends determine a fair portion of funding.

One of the major financial changes has come from the distribution of the school’s contingency fund, which serves as a flexible account for GVSU that serves as a countermeasure for unpredictable changes in structured budgets. The flexibility of the fund allows the university to set aside money for unforeseen circumstances, adjusting for unpredictable losses.

With such turbulence this year and financial circumstances that force smarter budgeting, the unallocated portion of the fund has shrunk to $1.8 million from last year’s $5.4 million. The total fund, which includes contingencies for state appropriations ($7.4 million) and COVID-19 disruptions ($5.7 million) adds up to $15 million in flexible spending.

The state has since held the line in appropriations so far, but Sanial noted that with changing circumstances, that money is never guaranteed. He also went on to note that the CARES Act funding that GVSU received from the state only serves as a temporary safeguard, and that the school will need to be diligent in balancing the budget for the next two to five years based on what kind of state funding is provided to them.

The Information Technology department also got a budget boost, but Sanial said that the raise is part of a long-term plan and not a part of combatting the challenges of virtual learning.

“This investment is part of a much longer-term strategy to enhance Grand Valley’s overall IT posture,” Sanial said. “We have a new vice president for information technology. He’s world-class, bringing in a new look, a new direction. When you think about the president and her initiatives to her adult and continuing education, the IT is such a big part of delivering that, and we really need as a university to mature our IT systems and our overall IT plan”.

Other areas that saw cuts were Development and Alumni Relations, the Inclusion and Equity Division and the University Relations Division, with WGVU taking the brunt of the blow with a $300,000 budget cut.

Looking towards the future, Vice President Sanial believes that the university will be in good shape for the near future, even with all of the challenges that the school has faced in the last year.

The current 2020-21 budget is scheduled to move forward as planned, but mid-year changes are always possible, especially depending on factors such as enrollment or new developments in GVSU’s COVID-19 plan. Sanial mentioned that a major goal for winter and fall 2021 is to get professors back to their normal schedules, as GVSU has had to bring in more adjunct faculty and have professors teach more classes to compensate for smaller class sizes.

“I think the budget that we developed was a good blend of both structural changes to reflect the changing demographic in the state of Michigan, and some temporary reductions to reflect the significant disruption to COVID-19,” Sanial said. “I think we’re well-positioned as a university financially to weather the COVID storm for the next one to two years. I think we’re in a good spot. I think some of the president’s new initiatives like for new learners, like Leeds are really starting to bear fruit. We’ve got an aggressive Vice President Truss, a strategic enrollment management plan. I’m very optimistic about those areas. And I think that the budget that we have this year is a good balance.”