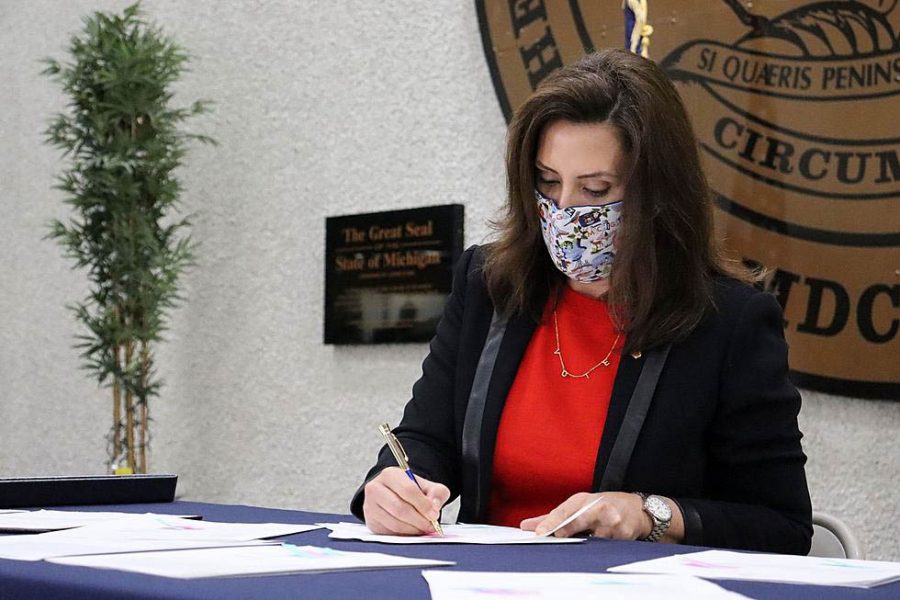 Michigan Gov. Gretchen Whitmer is facing more pressure than usual, as she faces calls for impeachment following support for new regulations to be put in place across Michigan in an effort to mitigate the COVID-19 pandemic that has now killed over 8,500 Michiganders.

The Campaign to Impeach Gretchen Whitmer is one group whose efforts have spurred political action against the democratic representative. Brandon Hall, Chairman of the Campaign said in a press release statement from the group that the progress that has been made against Whitmer is historic.

“The news that State Rep. Matt Maddock will introduce an impeachment resolution to address Gretchen Whitmer’s crimes and corruption is tremendously encouraging for families throughout Michigan, especially as another draconian lockdown looms,” Hall said in an email, “Despite social media censorship and paid attacks against me by Gretchen Whitmer, despite the Lansing swamp fighting us at every turn and despite repeated excuses from Republican legislators, impeachment is now moving forward with unprecedented momentum.”

According to Michigan political analyst Bill Ballenger, this is the first time in history a Michigan governor faces an impeachment vote.

Gov. Whitmer and her administration have defended their decisions to put additional restrictions in place during the pandemic and said that she is choosing to focus on the safety of every person in the state rather than partisan politics and the efforts of groups working against her.

“We really all need to be focused on the public health crisis that is ravaging our country and that poses a very real threat to every one of us,” Whitmer told CNN. “We know the White House likes to single us out here in Michigan, me in particular, and I’m not going to be bullied into not following reputable scientists and medical professionals.”

The impeachment efforts come amidst the Trump administration inviting Michigan Senate Majority Leader Mike Shirkey and House Speaker Lee Chatfield to the White House for a discussion regarding the 2020 election results in Michigan. Trump and his legal team have already lost three lawsuit challenges against ballot certification of Wayne County ballots.

Trump reportedly lost Michigan to president-elect Joe Biden by around 160,000 votes. In 2016, Trump won Michigan by a margin of 0.2 points, adding 16 electoral college votes to his total. In the 2020 election, Biden won the state with a total of 50.6% of the total state votes.

Twenty recall efforts against Whitmer have been launched in 2020. Nine efforts have been approved for circulation by the Michigan Board of State Canvassers, 10 efforts have been rejected by the board, and one effort has been withdrawn. Whitmer was elected as Michigan’s governor in 2018 with 53.3% of the vote, and isn’t up for re-election until 2022.

Tiffany Brown, press secretary for Governor Whitmer, shared in a statement that the Governor is focusing on speaking with people who are taking the pandemic crisis seriously and making it top priority. The administration is confident that the impeachment challenges will end up unsuccessful.

“Gov. Whitmer doesn’t have any time for partisan politics or people who don’t wear masks, don’t believe in science and don’t have a plan to fight this virus,” Brown wrote. “Right now, she is focused on saving lives. The governor will continue to work hard for all 10 million Michiganders. This is about Michigan versus COVID-19. Gov. Whitmer doesn’t care if you’re a Trump Republican or a Biden Democrat. We are all in this together.”