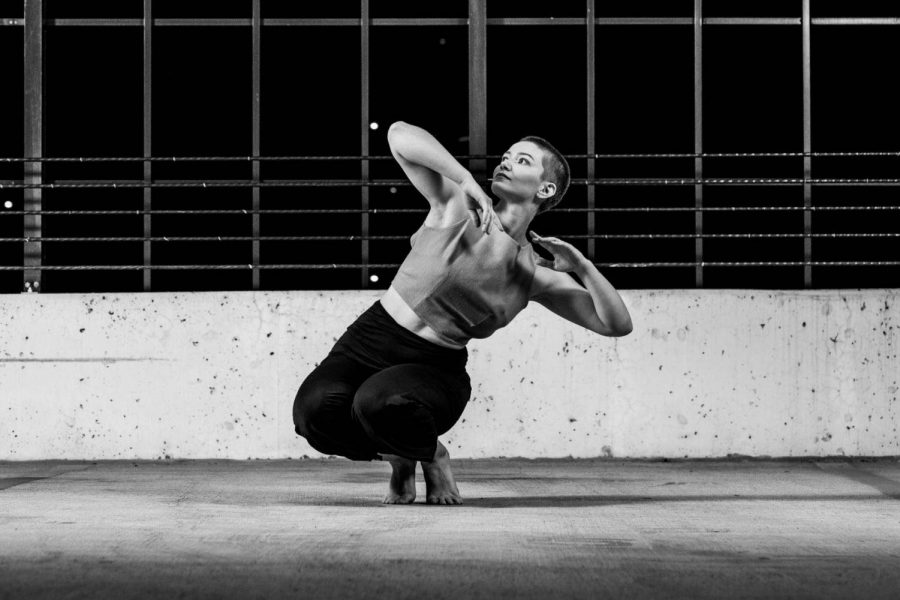 In a world where most things are now virtual, actors, dancers and artists across the board are struggling to find new ways to perform.

Typically the show would be choreographed by a guest artist. But, this year, the students were broken into groups of eight to nine dancers (the number safely allowed to practice in the studio together) and it was they who collaborated on creating a piece together. Some students also had the chance to choreograph solos for the Freshman Dance Company.

But, the students did not go through this choreography process entirely alone.

To set things into motion, the students and faculty decided on an overall theme for their performance. The phrases chosen were “cause and effect” and “breath,” both inspired by the challenges of the pandemic.

These prompts were then sent to six choreographers across the country who then submitted a dance movement for the students to build upon in their choreography.

Junior Megan Wolter said it was a unique experience for the company, as the students have never created an entire company show on their own before. However, this is not all that was different from their past performances.

During the performance, each dancer was confined to a 10′ box on the dance floor. Even though the dancers were apart, each piece performed seemed to emphasize the concept of connection through separation.

Senior Madeline Godwin’s group created a piece entitled “Tree of Life” where she had each dancer create an eight-count phrase and then find ways to transition and flow between them.

“We wanted to show the difference between sporadic, uncontrolled breathing and breathing as a unit and organism together,” said Godwin.

Senior Rya Greene created something a bit different, her performance called “Growth Within Boundaries.” Broken up into duets, trios and quartets, the entire group begins the piece by tracing the inside of the boxes they must dance within. She said this piece is about growing within a limited space.

Greene said the group’s goal with this piece was to, “stay intertwined even if they’re not dancing together.” She said that although she struggled to appreciate the new class format in the beginning, it grew on her.

“I was honestly surprised by how well it turned out, and we loved the piece,” Greene said.

Wolter created a piece called “Nexus” that was focused on the connection between people. She felt this was important especially in times when dancers are being cut off from the community aspect of dance itself.

Each dancer created ideas on their own, but then the group found ways to mimic and keep the entire dance intertwined. “Nexus” was filmed outside in GVSU’s Arboretum and Wolters edited the video herself.

With only three in-person rehearsals allowed for each group, students either practiced alone or dealt with Zoom lag and mirroring difficulties. Students said they valued the way the concert has encouraged collaboration, but it has been a challenging process.

“It was an entirely different way of working than Grand Valley prepared me for,” Godwin said. “You have to use your dance vocabulary a lot more.”

This is why, in Greene’s case, the group decided to use breath cues rather than dealing with actual music.

Carrie Brueck Morris, one of the professors who worked with the students to create the concert, was excited to see the type of student choreography that isn’t typically in a mainstage concert.

“Art teaches versatility and adaptation. Even if it looks different, you can’t just lie down,” said Brueck Morris.

During the stream, Brueck Morris also presented a piece called “Contaminated” that she choreographed in 2006 to challenge the overuse of antibacterial products.

The dancers said they hoped viewers were able to enjoy a reprieve from the stress of the world and find some hope in their dances. They were both excited and nervous to show that dance can, in fact, exist off of the proscenium stage.