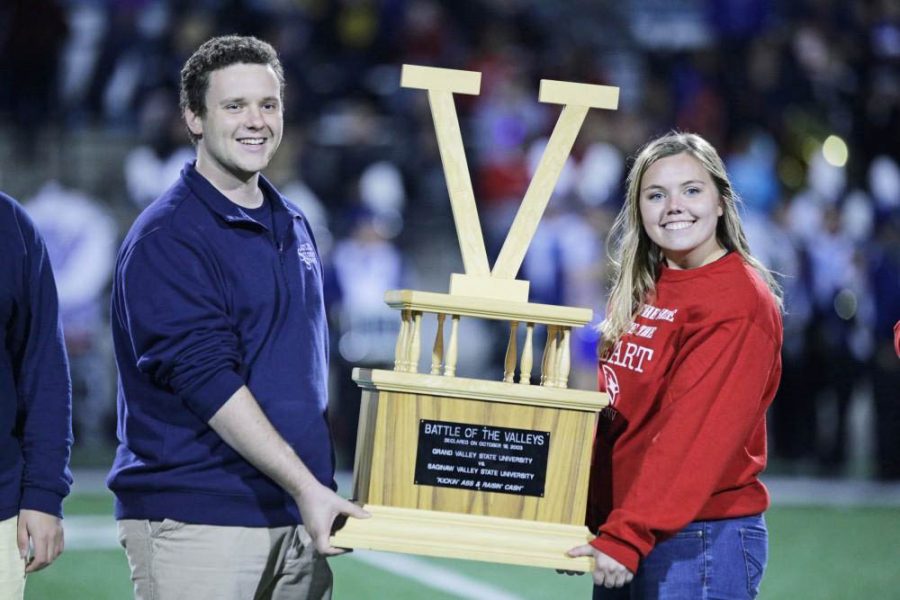 Battle of the Valleys is a fundraising competition against SVSU that raises money for a different cause each year. Past competitions have raised a cumulative $690,000 for area non-profit organizations.

While the fundraiser was always successful in bringing Lakers together for a good cause, the previous structure proved to have an almost crippling effect on the Student Senate members in charge of planning. Student Senate Vice President for External Affairs Joel Pagel said miscommunication and organization were the main issues as the bulk of the work ended up falling on one person.

After considering the concerns from previous years, Pagel and his committee are actively coming up with ways to strengthen the structure for Fall 2021.

Pagel has also been meeting with representatives from SVSU to cohesively organize the competition.

“We added a lot of structure to it and we really addressed the grievances and the problems of the past and we also just made it more productive,” Pagel said. “I think a lot of it fell to miscommunication. It fell to one school kind of doing one thing and the other school doing another. This really binds the two together and gives it a fresh start. I think it really has the opportunity to bloom.”

Planning for the reinstatement initially began in February 2020 before the COVID-19 Pandemic hit. Pagel and his committee picked up where they left off in October and first presented it to the cabinet for review at the end of November.

While the COVID-19 restrictions have been an impediment to the Senate’s planning, Pagel said it has also helped them connect and meet in ways that they had not done before.

Since the fundraiser stopped after Fall 2018, the last two classes of incoming freshmen and new students have not experienced a Battle of the Valleys at GVSU. Pagel said one of the main things they can look forward to is school spirit.

“I really think this is something for us to rally together and have a good event that everyone can come together and get behind,” said Pagel.

That school spirit and sense of community leaves positive ripples in both communities, too.

“We love healthy competition and the competition with SVSU makes it fun because you want to win, but really everyone wins in this situation because no matter what money is going towards a really great cause,” said Student Senate Vice President of Public Relations Lauren Moine. “In the end, it’s not about being GVSU students or SVSU students, it’s about being young adults that are really passionate about the area that we go to school in.”

Moine encourages anyone interested in the most up to date information about Battle of the Valley’s to follow Student Senate’s social media.