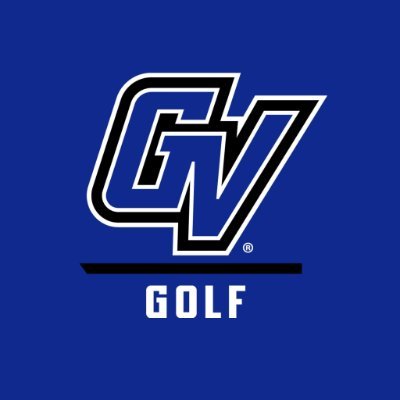 Beginning next fall, both Grand Valley State University golf teams will be hoping to competing again with three exciting new recruits. On the women’s team, Olivia Stoll, daughter of Michigan State University’s head coach for the women’s golf team, will be joining GVSU in 2021. As for the men’s team, Braden Falk and Ryan Chafty, childhood best friends, will be taking their competitive nature to the college level at GVSU next fall as well. Coaches Rebecca Mailloux and Gary Bissell have much to look forward to with their new golfers.

Both teams are expecting next season’s roster to be particularly young. They’re both planning on using this to their advantage. Mailloux of the women’s team first saw Stoll play at the Meadows golf course at GVSU, though she’d had her eye on her ever since Stoll picked up the sport roughly two years ago.

“I think at the time that I first watched her, she’d only been playing the game competitively, just under two years, which in our sport is pretty rare,” Mailloux said.

Stoll originally played volleyball, but after watching her mother coach MSU’s golf team, she had a great advantage picking up the sport much later compared to her competitors and teammates.

“I was just super impressed with the quality of her swing when I first saw her play, and more importantly, the thing I think I was most impressed with was her composure on the course,” Mailloux said. “She picked up on those things basically through osmosis and that was one of the biggest things that was evident.”

Composure and a good swing are two of the most important things a competitive golfer needs to be successful, but Mailloux typically tries to recruit athletes that have played a team sport before golfing at the college level. Since golf is an individual sport, the team atmosphere still applies at GVSU and help create a cohesive team of skilled athletes in any sport.

In terms of roster size, Mailloux usually has a roster influx of one to three golfers each year, but because COVID allowed an extra year of eligibility for the seniors, this year’s graduating class is going to be even bigger. There will be lots of underclassmen playing next year and luckily, they’ve had a lot of time to gain experience and guidance from some of those older players on the team.

Another wrench thrown into the works by COVID actually prevented Bissell, coach of the men’s team, to go and see potential recruits play in person. That’s why Falk and Chafty are such big scores for the men’s team, otherwise they might’ve been missed and overlooked under the virus’ complications.

“We weren’t able to actually watch recruits which made it really difficult because we’re going off of stats, scores and videos that were sent,” Bissell said. “I wasn’t actually allowed to see Falk in person until September.”

Chafty had the same recruitment story as his friend Falk. Usually Bissell would be scouting recruits since June after their sophomore year. This year however, he had to wait until September 2020 to be able to see them play in person. The one thing that caught Bissell’s attention was his favorite attribute to see in student athletes, and it just so happened they both had it.

“You’re looking at factors beyond just scores a lot of the times,” Bissell said. “The thing I loved about both of them was that they’re both hypercompetitive. I’ve always had a saying, I like guys that hate losing more than they like winning.”

The competitive nature in individual sports like golf is so important because there is not as much team responsibility, so the athletes have to have that drive to leave it all out on the course.

“That’s a huge plus for our program because we run a really competitive style program,” Bissell said.  “Our guys are always competing internally because we want our hardest competition to be here at home so that everything else seems easier.”

As for Chafty and Falk, they’ve got this down already, so their main focus for next year is going to be soaking up all of the information and skills that they can from the upperclassmen on the team. Unlike Mailloux’s team, the men’s team doesn’t have as much of the upperclassmen leadership right now, so their team may be even younger than the women’s next fall.

“Were pretty loaded I would say right now, we got a lot of young talent,” Bissell said.  “Charlie Delong is a freshman for us and he’s debatably the best college player in the state already. So I think Chafty and Falk’s main job is to come in and learn, and to try and compete with these guys.”

COVID-19 has had effects on both this season and next season, but regardless the men’s and women’s golf team have collected some special recruits, giving them something even more to look forward to. Stoll, Chafty, and Falk are sure to have a warm welcome once they arrive at GVSU next year with their unique backgrounds in the sport and the competitive nature needed for another successful season.