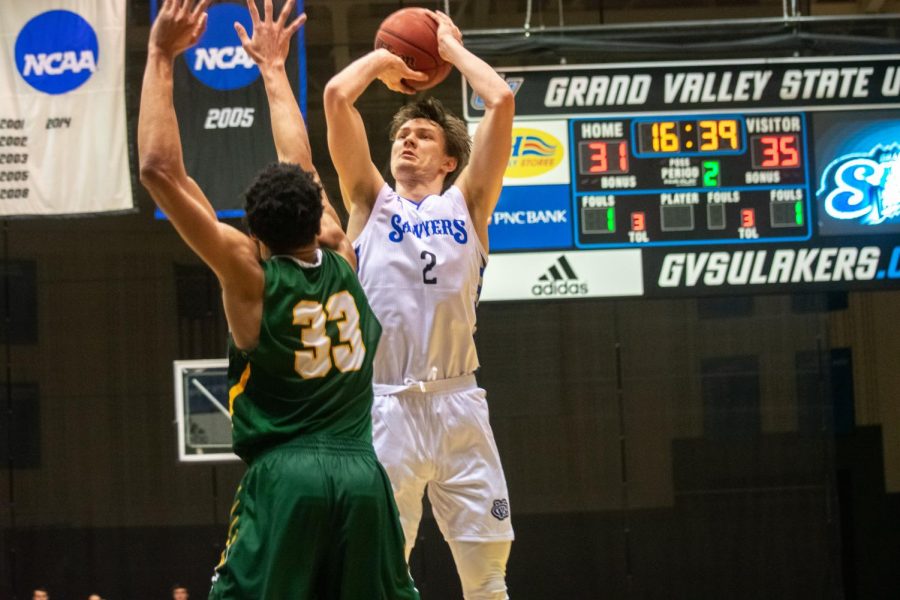 The Grand Valley State University men’s basketball team is slated to return to the court on Jan. 9, 2021 against Saginaw Valley State. Under head coach Ric Wesley, the Lakers have been dominant in the GLIAC over the past several seasons. While the team has yet to face competition on the court this year, they have already been honored in the GLIAC coaches preseason poll.

“We have a lot of pieces back from last year’s team that played so well, but we’re certainly going to miss our graduated senior class that included our entire starting backcourt,” Wesley said. “We’re excited that the league thinks highly of us, and we think highly of ourselves, but now we have to focus on our execution and lean on our veteran leadership to prove ourselves each and every game.”

Speaking of veteran leadership, senior forward Jake Van Tubbergen was also voted as the preseason Player of the Year in the poll. Tubbergen has been a focal point on this Lakers team after his breakout season on the court last year. Tubbergen averaged a career high in points per game (18.4), assists per game (2.4), steals (44), rebounds per game (10.0) and minutes per game (31.1). Tubbergen will look to improve on those statistics as his and his team attempt to win the South Division again this year.

“We knew Jake could be special when we brought him here out of West Ottawa High School, but he deserves a ton of credit for the work that he’s put in,” Wesley said. “Be it on the floor, in the weight room or watching film, he is relentless in his effort to get better and he’s deserving of the conference, regional and national recognition that has come his way. I’m really excited to see what he does to raise his game to an even higher level this season.”

The GLIAC basketball schedule was released in late Nov. 2020. The schedule is conference only and the Lakers will play the opponent on back to back nights. The women’s and men’s basketball teams will also be staggered, meaning one will be away while the other is home in Allendale.

Fans will not be permitted to watch games in person. However, spectators interested in watching the Lakers compete can sign up on www.watchgvsn.com and the WatchGVSN app. All home games will be streamed live on the site and on ESPN 96.1 FM in West Michigan and worldwide on the iHeart app.