A song a day keeps the worries away for Grand Rapids rapper, producer 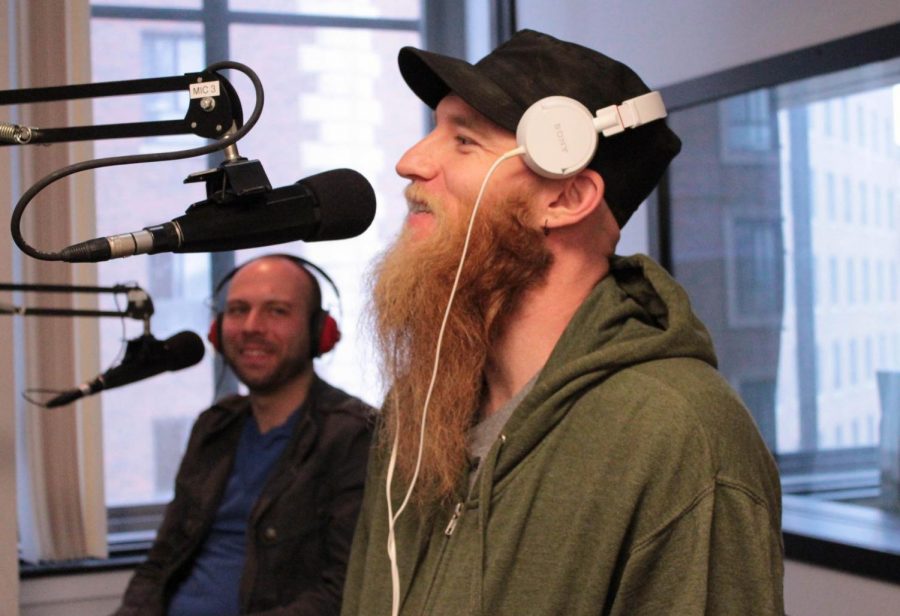 One artist, one producer, 387 songs and 365 days. In 2018, Rick Chyme, a Grand Rapids rapper, teacher and radio programmer, set out to create one song a day in a project that he would eventually call, “Daily Pieces 365.”

Chyme said his original inspiration for this project came from a video posted by Gary Vaynerchuk (also known as Gary Vee), a serial entrepreneur and motivational figure whom he had spoken with before. The video featured the now-deceased rapper, Nipsey Hussle, and in it, Vaynerchuk mentioned the spark that would ignite Chyme’s flame.

“Gary Vee said somebody is going to do something someday called something 365 and they’re going to release a song a day and it’s going to do something for them,” Chyme said. “I had already done 50 songs on my own, so I thought about it for a day, and then called my producer, Yelnam Evad. He was the only one I knew would be wild enough to consider something like that.”

Chyme had known Evad for about a decade before the project began. But, they had only made a few songs together before deciding to collaborate and create every single day in 2018.

“He had blind belief in me,” Chyme said. “At that moment, he was saying, ‘I will give you thousands of my hours making beats and mixing records.’ He is ridiculous to say yes to that. I was so thankful to have a collaborator to plant these seeds with me and believe that there’s going to be a harvest.”

The process officially began in December of 2017 when Evad began to produce music for Chyme, so that when January came, he would have a surplus of music to choose from to fit his song for the day.

“Imagine having a really demanding pet you had to feed,” Evad said. “I wasn’t just creating soundscapes for him — I was also an engineer and had to match and edit the songs he sent me back. I was the cart and he was the horse.”

Throughout the year, Chyme would send Evad one song (or more) a day to edit. Although the two only saw each other four times in person for the entirety of the year and partially worked across the country from each other, Chyme said they found ways to make it work.

“I would wake up at four or five in the morning and begin the song right when I woke up. I was the freshest and everyone else was asleep so it wasn’t a burden for anyone else in my life,” Chyme said. “I created space to make the recordings and soon it became more of a fluid process. I found that I can’t overthink it because then I’m in trouble. It was based on instinct and instrumentation.”

Although some of Chyme’s rap is politically charged, when it came to Daily Pieces 365, his music began to become more about daily life and simple events.

“365 songs about social issues would be burnt out and unoriginal,” Chyme said. “The songs are about everything. ‘Porch Coffee’ is a song about me being on a second floor porch, just in an observation of that moment. In order for it not to get stale, the songs became about seriously anything. I could not second guess it.”

Now, with 387 songs covering just about everything, Chyme and Evad are working to release them in the form of albums.

Their first album released, “Stones,” contains 14 of these songs. Chyme said while they may not include every song from the year, it is likely the number of albums released will climb into the double digits.

“We’re going to put the songs together sonically and to form a story on a larger note,” Evad said. “We’re taking all of the pieces and making a really interesting puzzle no matter how we put it together. Whatever organization of the songs enhances the record is more important than any personal opinion.”

Although many musical artists have taken a hit from COVID-19, Chyme said it has actually helped them by giving them the time to work on creating the albums.

“I call the pandemic an opportunity,” Chyme said. “When the pandemic happened, I had already made the shift from performing to studio work, and before that I wasn’t uncomfortable spending time by myself. Once I was stuck in the house and looking at the computer and knowing there were hundreds of songs in there, I couldn’t ignore them anymore.”

As the albums are released, Chyme and Evad both said they hope Daily Pieces 365 can be a source of inspiration for any who comes across it.

“I hope they realize there’s beauty in the human spirit, and that you can do more than what you think you can,” Evad said. “I’m not a lot of things, but I am a, ‘Give what you can give and hope that it inspires other people to get better at their craft’ type of person.”