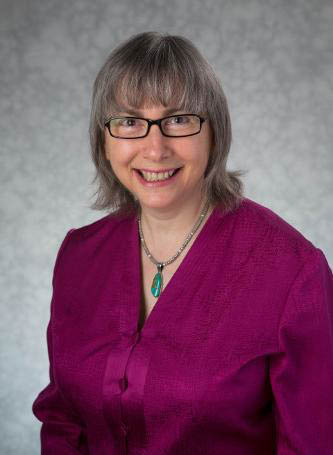 Similar to the rest of the world, Grand Valley State University Professor of Classics, Diane Rayor, had quite the 2020 — albeit for slightly different reasons.

Her translation was first published by Cambridge University Press in 2013. Yet, it began gaining significant traction in terms of production this past fall, despite the challenge of not being able to perform the play in person.

“In three days, there were three different productions of my translation, all over Zoom,” said Rayor.

The translation of “Medea” has now been performed all over the world, joining her earlier translated play, “Sophocles’ Antigone: A New Translation” as an international hit.

Rayor’s translations have become such phenomena due to the methods she uses to create them. This includes things such as adding performance notes so that the plays are stage-ready, which she says makes it a lot easier for performers to catch on to.

She first started her journey into the world of classical literature in college when Rayor found herself in a Greek history and philosophy class.

Although she didn’t know what she was doing in terms of her future career or aspirations at the time, Rayor said this class led her directly to them. It was in this course that Rayor learned Greek so that she could read the class materials as they were originally written. From then on, she was hooked.

Rayor’s introduction to translating ancient Greek plays came her junior year when one of her professors approached her about translating a poem by Sappho, the earliest Greek woman poet.

During graduate school, Rayor worked as a teacher’s assistant, which then exposed her to her love of teaching and her future career as a professor.

When Rayor was first hired by GVSU in 1991, it was as an English professor. But, she also had the role of developing the classical literature offerings of the university.

Within nine years of being at GVSU, Rayor teamed up with fellow classics professors Barbara Flaschenriem and William Levitan, and together they founded GVSU’s Department of Classics.

From the moment the three began to the department’s 20-year anniversary in 2020, they had a very specific goal in mind for the kind of student-centered community they wanted to create within the department — one Rayor hopes continues for years to come.

“I don’t think the faculty could have gotten (the department) going if there wasn’t such a strong student drive for it,” said Rayor.

Rayor said one of the founding ideas of the department was the ability to build a community amongst peers and professors alike that would replicate the community she experienced in college. Part of that includes having faculty who are constantly working with the material, like Rayor.

“We give our students the experience and some of the close attention that some of us had gotten where we went to college,” Rayor said. “We want it to be a place where students really feel like they have a home.”

As the classics department celebrated its 20th anniversary, Rayor was also celebrating for a second reason: after 29 years at GVSU, Rayor retired in December 2020.

However, she said she is far from done working.

Rayor currently has two more translations completed, and is awaiting performance notes so that they can be published. She said she is excited that retirement will give her the extra time she needs to finish even more in the future.