Padnos College of Engineering and Computing gets budget boost 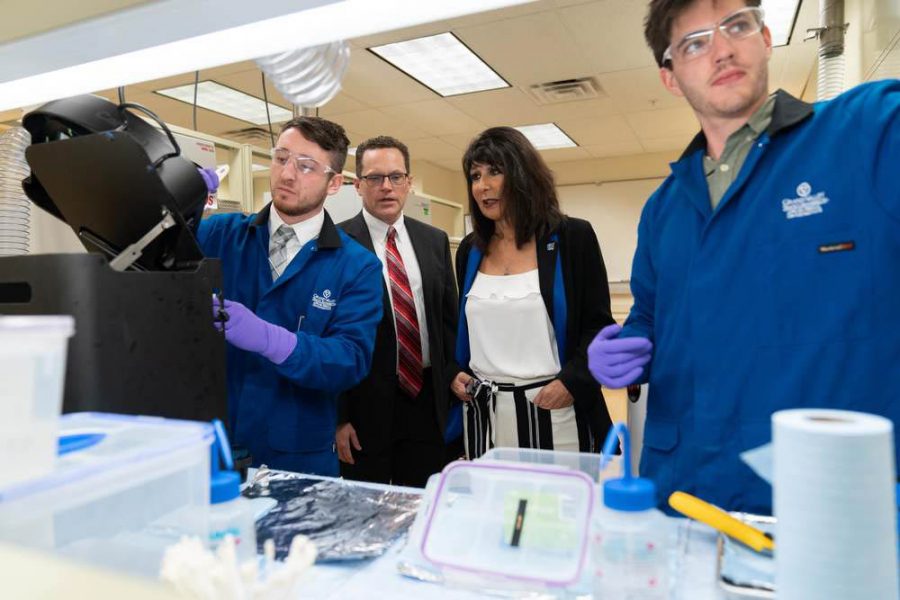 As Grand Valley State University moves forward into the second half of the school year, many of the same challenges the university faced from 2020 will still need to be addressed in 2021. One of those major challenges was balancing the university budget, which saw a decrease for the first time in several years.

The college has been on a steady rise in recent years, with its budget increasing by over $3.6 million just since 2016, including an increase just shy of one million in the last year, making it the third most expensive academic department at the university at just under $16.8 million.

According to the dean of the college, Paul Plotkowski, there are multiple factors that have contributed to the long term and short term increases to the budget.

Even with enrollment being down for the university as a whole, Plotkowski said that the college still saw an uptick in enrollment during the fall semester.

Besides being one of the fastest-growing colleges at GVSU, the pandemic has accelerated the need to get the college more funding.

“We did some major hiring, which was a godsend when COVID-19 hit”, he said. “Within the university, I think we are running the highest in-person (class) percentage. I used to run a laboratory with maybe twenty students, just as an easy number, you get social distancing and you’re lucky if you get ten, so suddenly I need twice as much of everything”.

Despite the pandemic and overall uncertainty of the future for the university budget as a whole, Plotkowski believes that the College of Engineering and Computing is set up for short-term and long-term success.

“We have been very fortunate in that while some places at the university have some very finite constraints on their growth because of outside factors, we don’t,” Plotkowski said. “Because of the demand in engineering and computing and the associated fields, I always have more demand for students and graduates than I can produce.”

A combination of factors makes the Padnos College of Engineering and Computing one of the most well-funded and fastest growing departments at GVSU. No matter how the rest of the university budget will trend in the coming years, the growth and demand in the industry should leave the college healthy for years to come.