Former Detroit police chief shares his story for MLK week: “Policing from the Inside” 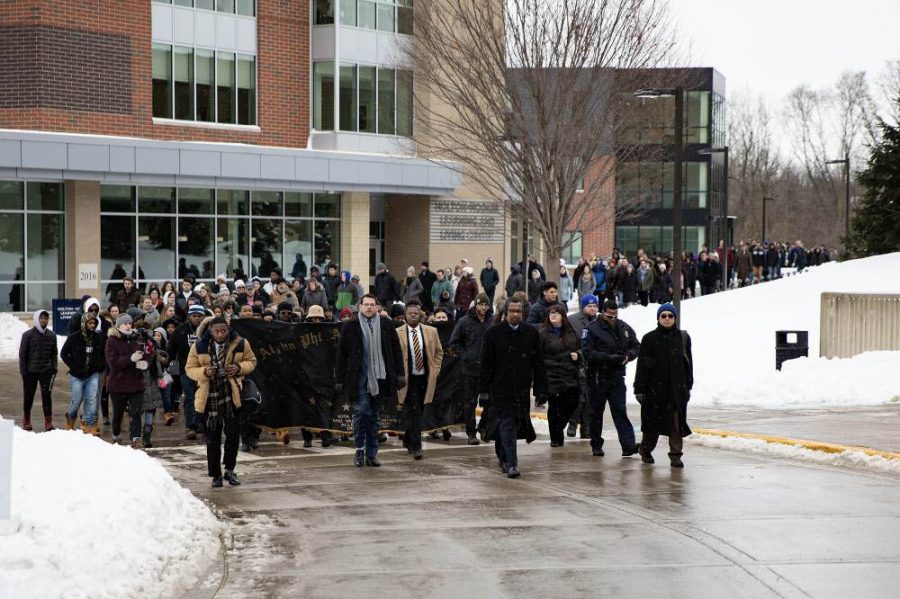 The week of Jan.18, Grand Valley State University celebrates Martin Luther King Jr. and his legacy. Students and faculty throughout campus come together to commemorate the achievements of one of the most influential American civil rights leaders by attending events and presentations where influential speakers share their stories.

Former Detroit police chief Isaiah McKinnon will be leading his event “Policing from the Inside”, virtually, on Thursday, Jan.21, at 7 p.m. He will be sharing his experiences of racism firsthand when he was a young police officer and how he dedicated his life to creating change. As former chief of police and deputy mayor of Detroit, he rose to positions of power and through his voice has implemented change.

Jakob Bigard, program manager of the Hauenstein Center’s Common Ground Initiative, is one of the organizers of McKinnon’s event. Bigard said he wanted to create an opportunity for people to learn and engage with one another, and McKinnon’s story “exemplifies how to take something bad and turn it into good.”

After experiencing brutality firsthand, McKinnon made it his mission to ensure that others would never have to go through what he did. With his abundance of knowledge about the fraught relationship between the black community and law enforcement, he’s the exemplar of community-focused policing, Bigard said.

“Chief McKinnon’s story represents the change you want to see in the world,” Bigard said. “He had experienced racism and oppression as a young man and made a decision that he was going to be that change.”

In 1957 when Chief McKinnon was a fourteen-year-old boy, he was severally beaten without reason by two Detroit police officers. Ten years later as a young police officer, McKinnon suffered brutality, bigotry, and was even shot at by his fellow police officers.

“The same things that I went through 50 years ago, are still occurring today,” said McKinnon.

In light of 2020 and the death of George Floyd, people around the world are demanding change. Protesters are demanding that conversation about the role of police and the context of how we came to be where we are today be had. McKinnon explains how questioning law enforcement is important for establishing trust and accountability in our communities.

“It’s the community that has the final say-so of what law enforcement does,” said McKinnon.

There are certain jobs where mistakes have lasting implications. McKinnon said the powerful position of an officer impacts people give them an immense amount of responsibility.

“Law enforcement officers have the responsibility of potentially changing someone’s life forever; whether they take their life or lock them up for life, they have to be sure,” said McKinnon.

McKinnon shares his story because he said it’s a constructive experience. He said he hopes that educating others on his experience will empower people with the ability to demand change while still seeing the good in people.

“Going through the experiences I did, I was able to maintain some composure and dignity without having the anger and hatred that many go through,” McKinnon said. “Whether it’s racism or sexism, I judged everyone individually and I now want whomever I speak with to understand that not everyone is a certain way and it’s important to look for the good people and to let them guide you.”