Letter to the Editor: GV needs to end its contract with Aramark 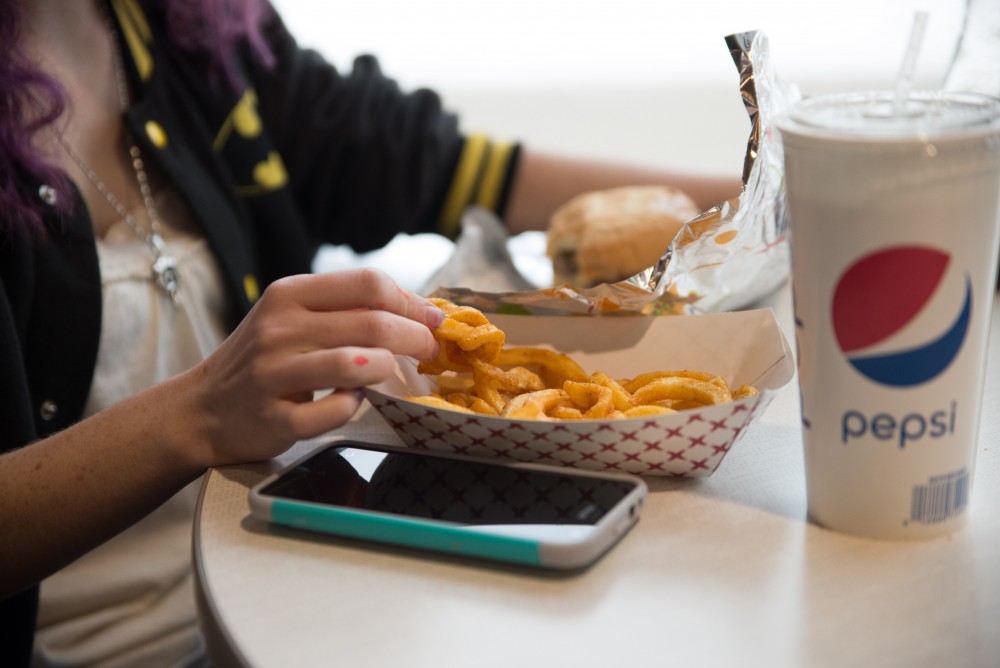 Grand Valley State University is defined by seven values: Excellence, Integrity, Inquiry, Inclusiveness, Community, Sustainability, and Innovation. GVSU claims that all decisions they make are carefully crafted with each of these values in mind; that these values are “reflected in the policies, practices, and assessments (Grand Valley) implement(s) every day.” However, this is not true. Grand Valley is not exercising these values in many of their practices; one of which being their contract with corporate food giant, Aramark.

As stated on their website, Aramark provides “food service, facilities and uniform services to hospitals, universities, school districts, stadiums and other businesses around the world.” Since beginning their food service contract with GVSU in 2001, Aramark has been implicated in incidents involving racism, sexual assault, health code violations, and more, spanning the past two decades.

In 2014, the Michigan State Dept. of Corrections fined Aramark $24,000 for violation of their food service contract and $12,000 for fraternization between employees and inmates, which included the sexual assault and harassment of inmates. There were also over 3,000 pages of state records obtained by the Detroit Free Press detailing employees coming to work drunk, bringing marijuana to work, failing drug tests, threatening to assault inmates, and more. Additionally, there are records of Aramark’s food being contaminated with maggots and food being fed to inmates that had been previously in the garbage.

The next year, former Governor Rick Snyder chose to end Michigan’s 3 year contract with Aramark 18 months early. However, after all of this, Grand Valley State University still believes that Aramark is good enough for its students, even if it isn’t good enough for the state of Michigan.

Aramark’s worrisome history does not stop with the prison system; it extends to universities as well. Aramark fired a food hall manager at NYU in 2017 over poor inspection results, which included evidence of mice, mismanagement of hot food, and more. In 2018, Aramark served two infamous Black History Month meals at Loyola and NYU. Both of these meals were extremely racist, including Kool-aid, watermelon-flavored water, and fried chicken. These events led to NYU ending their contract with Aramark in 2019 as a result of student protest.

The time for Grand Valley to do the same has passed. GVSU renewed their contract with Aramark in February 2019, fully understanding the atrocities that this company has committed in recent years. Additionally, no students were included in this decision, despite it impacting their finances and health.

Aramark is subpar at best in terms of food quality, and often fails to provide options of sustenance for our gluten-free, vegan, and vegetarian Lakers. We deserve better than second-grade vegetables, overly-processed foods, and reheated meals. All Lakers deserve access to fresh, nutritious food, particularly when these meal plans have a price tag of over a thousand dollars attached to them.

We, the students of GVSU, must demand that Aramark’s contract with our University be cancelled. Students for Food Sovereignty (SFS) has recently formed a chapter on our campus and is looking to build a coalition of Lakers to urge GVSU to end their contract with Aramark.

As students, you can join the core team or become a general member to help advocate for food justice on our campus. SFS @ GVSU will be hosting two info sessions on Wednesday, January 20th from 8 to 9 pm and Wednesday, February 3rd from 1pm to 2pm. More information can be found on our Instagram (@sfs.gvsu), Twitter (@sfs_gvsu), and Facebook (SFS at GVSU). Additionally, students and alumni alike are welcome to submit testimonials regarding Aramark to linktr.ee/sfs.gvsu.

Staff and faculty, you are also a vital part of this movement. We need your support. If you are interested in assisting us in our movement, whether it be as a research partner, someone with organizational experience, or simply as a supporter, please email us at [email protected] If you are interested in sharing an email or Blackboard post with your class or having us present on our organization, please email us as well.

For more information on how to get involved or to answer any questions, please email [email protected]