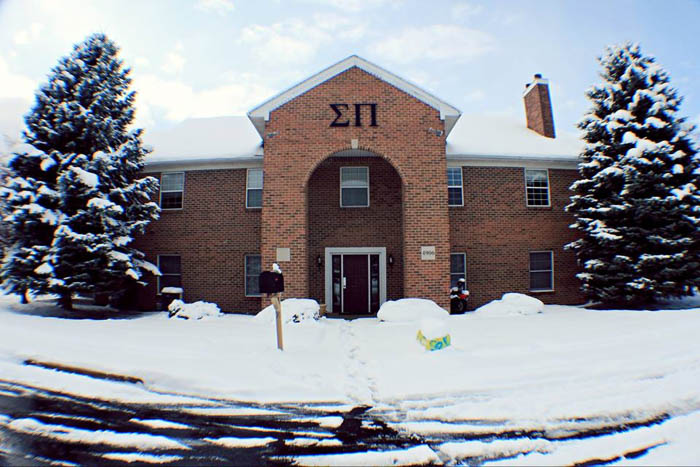 This past year GVSUs chapter of Sigma Pi won the Grand Council Award for their extensive involvement and efforts within their campus community. Each and every member of Sigma Pi have had many memorable events, experiences and life-long friendships that were made over the past two years, including through many charity events, food drives, time spent with their brothers and even moving into their new house last year.

Every two years, Sigma Pi Fraternity presents the Grand Council Award to the top twelve chapters within Sigma Pi. This award is won by the chapters that maintain a superior level of operations and involvement on their university campus throughout each biennium. Each chapter that wins this award will also be put in the running and considered for the Grand Sage’s Award. The chapters that show the most effort, involvement, and leadership will earn this award.

“My most memorable experience in Sigma Pi was this previous year’s charity golf outing,” Sigma Pi President at GVSU Jake McDonald said. “This is an annual golf outing our chapter hosts at Meadows Golf Course where we raise money for the Hero Foundation, a local non-profit that supports families in West Michigan who are struggling with cancer. This is my favorite event every year, but it was particularly special this previous year. With the pandemic, many families have been struggling, and those who are suffering from cancer are struggling even more. We were able to raise $7,000 for the Hero Foundation, which was then able to provide assistance to 10 families with children throughout the holiday season.”

GVSUs chapter has been awarded the Grand Council Award three times since 2005. Winning this award shows the campus community that Sigma Pi makes it a priority to be involved within the community by participating in charity events, outings and more.

“This award is a cherry on top of 3.5 incredible years spent with this Chapter,” said Dominic Cassisi, former President of Sigma Pi at GVSU. “I graduated from a small high school that only sent 3 seniors to GV my senior year. I’d be lying if I said I wasn’t anxious about where I’d fit in. Luckily, I found my home in this chapter. Every opportunity this chapter presented me, I seized. I hope that winning the Grand Council Award will remind our members of the great things our chapter has accomplished. And as I graduate, leaving my active days as a Sigma Pi behind, I hope this award can inspire younger members to take full advantage of the opportunities we’ve provided ourselves, just as I did.”

Winning this award will continuously remind all of the brothers of all the effort and dedication that they have into their chapter of Sigma Pi. The award makes it known that their efforts and involvement within the community is noticed and commended by Sigma Pi and many others. If any current GVSU students are interested in more information regarding Sigma Pi, they can reach out to them on Facebook, Twitter, or Instagram at @sigmapigvsu.