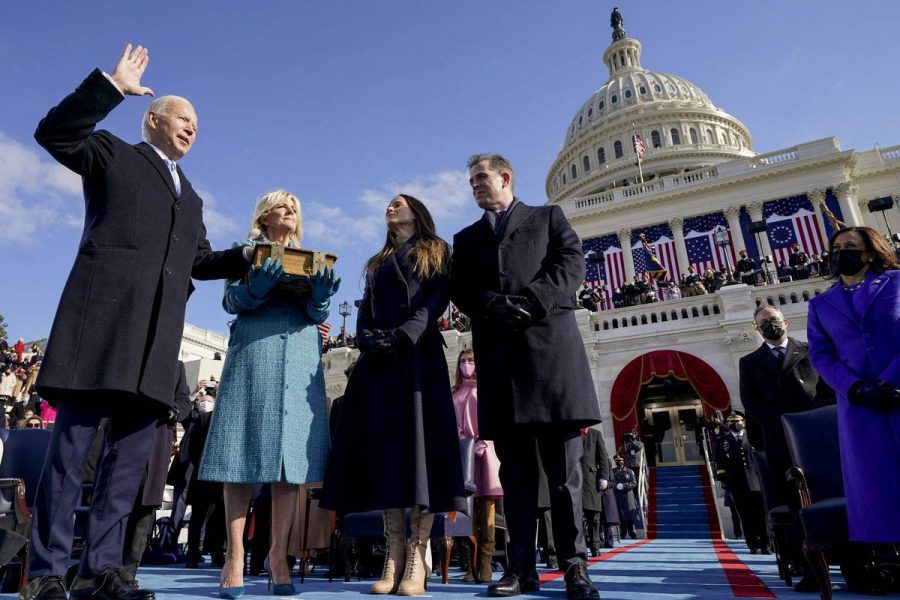 On Wednesday, Nov. 9, 2016 — the day after Election Day — I walked through my high school between classes, a significant portion of my classmates wearing Trump campaign merchandise and celebrating, now emboldened to publicly express their support. My sister decided to stay home that day, sleeping in after staying up late to watch the race come to a close and mourn the results. Sitting in the library during lunch, feeling like I was alone in my anxieties surrounding the election, it was clear that my sister had the right idea.

So, on Jan. 20, 2017 — the day of Trump’s inauguration — I decided to play hooky. I watched Trump get sworn in and I listened to his horrifying speech. Back in November ‘16, my family feared that Trump’s presidency was going to cause a lot of harm for a lot of people, and in Trump’s first moments in office, our concern was validated; his inauguration speech echoed the voice of the genocidal Andrew Jackson, he tried to reverse the Affordable Care Act and ramped up border security, which directly led to the inhumane mass detainment of undocumented citizens.

The past four years have yielded a seemingly endless number of tragedies; a terribly mishandled pandemic, the unchecked growth of white nationalist groups, reckless foreign policy decisions, irreparable harm to the environment, and the list goes on and on. Now that his term is finally over, I think it’s fair to say that Trump’s presidency went poorly. Even his most faithful supporters are turning on him, although not for very noble reasons.

I’m not one of those people who are excited for politics to get “boring” again, but on Jan. 20, 2021, I wasn’t glued to the TV. My family had Joe Biden’s inauguration on in the background all day, and we all sat down to watch some of the highlights — like poet laureate Amanda Gorman’s amazing inaugural poem — but we weren’t captivated by an intense sense of dread. We felt hopeful that at the very least somebody had put the brakes on our country’s race towards oblivion. And in President Biden’s first week, our hopes have been amplified.

In just a few days, Biden has restored the collective bargaining power of federal workers, accelerated vaccine production and delivery, increased COVID-19 testing capacity, started the process of rejoining the Paris climate accord, reversed Trump’s 1776 Commission, taken actions to prevent discrimination on the basis of sexual orientation or gender identity and halted the development of the Keystone XL pipeline. And those are only some of the 30 executive orders he’s signed so far.

I wasn’t directly harmed by Trump’s presidency. I’m a cisgendered, middle-class white man, so I wasn’t targeted by any of his administration’s discrimination, bigotry or economic collapse. The closest I’ve come to being endangered has been during this pandemic — my asthma makes me particularly susceptible to the coronavirus — but I’ve been fortunate enough to be able to isolate myself at my family’s home for the past 10 months. However, there have been millions of people who were harmed by the actions of the Trump administration and the GOP over the past four years — people who have been traumatized, injured and killed.

The fact that this terrible period of American history is coming to a close is cause for celebration, but now is also the time to mourn the people we lost to Trump, hold responsible the people in power who supported him and attempt to deprogram his cult of followers. Some of us survived the last four years, but a lot of us didn’t.