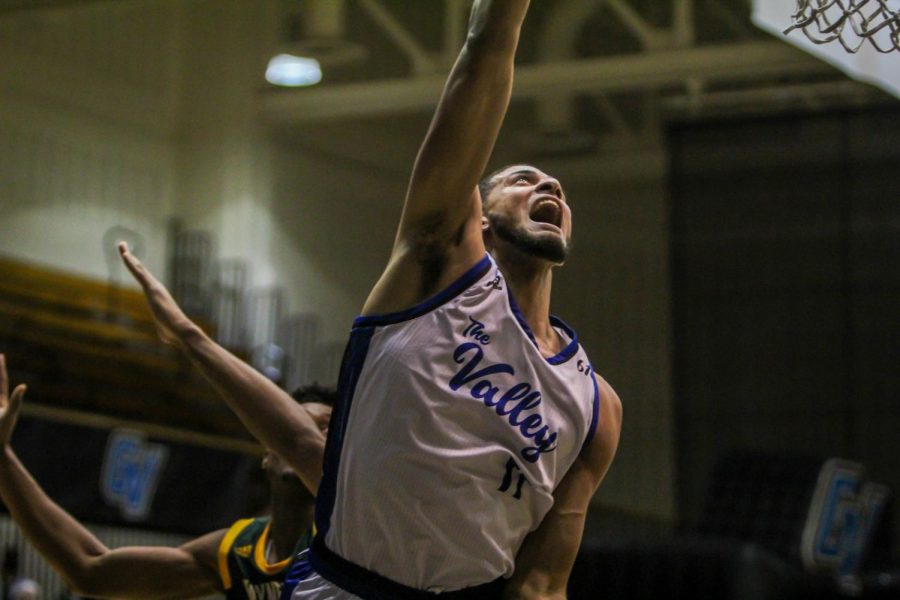 On Jan. 20, 2021, the United States swore in its newest President. Joe Biden and Kamala Harris bring in a new administration to the White House after four years of division, deception and partisanship. While a new man and woman leading this country may bring people hope, there are still several issues that dominate this country and its citizens. COVID-19, unemployment, climate change and systemic racism are just a few of the issues the new administration is forced to handle. Christian Negron, a senior basketball player at Grand Valley State University, is just one of these people who has optimism that the country may begin to finally change.

“It was a good feeling on Inauguration Day,” Negron said. “It was definitely time for change. I think a lot of people just didn’t feel protected under Trump during his presidency. A lot of people I’m close with, and obviously a lot of people around the country, are very happy that he’s finally out of office.”

While Negron isn’t necessarily dialed in on every political debate and Senate hearing, he is an activist for social justice. He’s participated in numerous protests in his home state of Illinois and even here at GVSU. He has led conversations with teammates about the deaths of innocent black men and women over the summer.

Under Trump’s presidency, these social issues were politicized and weren’t seen as an injustice to some. Instead, these integral issues in the country were divided between race and party. That’s what troubles Negron the most.

“I’m not the most political person, but when it comes to social justice, human rights and civil rights, I tend to get involved,” Negron said. “The crazy thing is that I don’t think that these things should be politicized. However, they have been for the past four years. A lot of us Black people feel like these things didn’t matter to (former) President Trump.”

While capitol rioter Jake Angeli is given organic food in jail after making a case that as a shaman, he has strict dietary restrictions, innocent Black men and women around the country are murdered by police in the streets and even in their homes. Negron wants to see legislation put into action to change this white privilege around the country and to protect the lives of black people. He and the rest of his teammates knew that one way to see this legislation happen as citizens was to vote.

“In November and the weeks leading up to the election, Coach Wesley was very adamant about us players being registered and having a plan to go out and vote,” Negron said. “I sent in my absentee ballot and checked online to make sure that my vote counted. Wesley really wanted to make sure that we all went out to vote.”

Voting isn’t the only means to seeing change in the country. An individual can use their voice on social media, with friends and family, and in rallies and protests marches. Negron encourages anyone who cares deeply about the BLM movement to continue to speak up.

In 2018, FOX News anchor, Laura Ingraham, made headlines by saying athletes like LeBron James and Kevin Durant should, “keep political commentary to themselves and just shut up and dribble.” Athletes speaking out and protesting has been a popular topic in the country over the past several years. Negron thinks it’s ridiculous to tell anyone to not use their voice. No one is paid to protest or to be a social advocate. It’s the right of every American citizen, whether they’re an MVP NBA player, a nurse or a cashier, to use their voice.

“These issues affect our community, us Black athletes,” Negron said. “The NBA and NFL is made up of predominantly Black athletes. It’s just absurd to me that anyone would say they shouldn’t use their voice and speak up about something that personally affects them. I don’t understand it at all. People make the argument that sports are supposed to be a distraction from these issues. I couldn’t disagree more because enough is enough and it’s time to speak.”

Another racial issue sweeping the sports landscape is the lack of Black coaches and general managers in leagues. In the NBA, the newly signed Detroit Pistons forward, Jerami Grant, revealed he not only signed in Detroit because of a big role on the team, but because he wanted to play for a team with a Black head coach, Black general manager, and in a city filled with a strong Black population. While the NBA may be better with having Black people in management positions, the NFL is another story.

The Rooney Rule has been a controversy in the NFL for years. The Rooney Rule ensures that NFL teams in search of a head coach or general manager must interview at least one minority candidate for the position. In 2020, the NFL passed a new rule stating that teams would be compensated with draft picks if they hired a minority. While the new rules show the NFL is trying to do something about this matter, it hasn’t exactly worked out. Kansas City Chiefs offensive coordinator Eric Bieniemy has led the league’s best offense for the past three seasons, but Bieniemy has seen less qualified white coaches get jobs instead of him. The Black coach has yet to get a head coaching job even after winning the Super Bowl last year.

“It’s a glaring issue across all sports,” Negron said. “It’s coaching positions, management positions, and executive positions. With Bieniemy, I don’t think there’s a more glaring issue of someone being qualified and not even getting calls, interviews, or being given a chance. There’s still no action being done.”

It’s also obvious that COVID-19 is a major issue in this country today. On his first day in office, President Biden made an executive order making masks mandatory in federal buildings and on planes, trains and buses. In professional and collegiate sports, coaches and athletes are supposed to wear masks on the bench. The main purpose of wearing masks on the bench is to protect each other in case someone has been exposed to COVID-19. Sports analysts around the country and league commissioners also hope that wearing masks may set an example for others.

“With the platform we have we know that people are watching,” Negron said. “They hold us to high standards and they want us to be model citizens since we’re in that spotlight. We could do better though with wearing masks. The administration has had to talk to us about being better with masks. Either some of the guys just forget or it isn’t their first priority to be wearing them. Even NFL coaches have been fined. I think it’s important to have that image and we need to be doing better.”

After seeing Kansas City Chiefs head coach Andy Reid’s almost famous shield mask at this point on television, Negron gave it a try. He used it in outside practices at the beginning of the semester in the fall, but he didn’t think that type of mask was effective for him. Even if it didn’t work for Negron, it goes to show that seeing athletes and coaches wearing masks can have an effect on the people in this country.

Biden’s administration and the NBA have been working together in developing a program to get NBA players COVID-19 vaccines. The hope with this initiative is that people who don’t want to take the vaccine may see NBA stars getting them and then think it’s safe. There’s other thought is that this is just another example of millionaires and prominent figures getting a vaccine before everyone else.

“I don’t feel like an athlete’s life is any more important as someone who has a nine-to-five job,” Negron said. “Everybody sort of has the same kind of risk with this virus. As biased as I am towards athletics and the benefit they have in the country right now, I don’t think we should be able to skip ahead in line. Our lives are just as important as everyone else’s in the country.”

This past week, Governor Gretchen Whitmer has released a plan to slowly reopen the state and to distribute vaccines. There is a sign of hope that sometime soon, everything will go back to normal. Normal, however, isn’t as perfect as it seems to be. There are still several issues that affect this country and the rights of its citizens. Whatever happens in the coming months and in the next four years, it is certain that Negron will be using his voice to advocate for much-needed change.