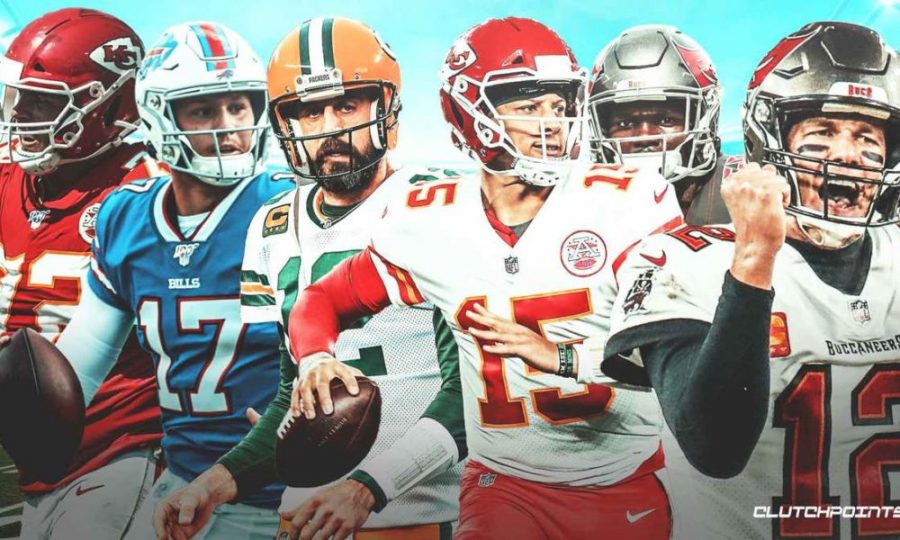 Well, let the “Tom Brady is the greatest of all time” conversations continue. The 43 year old quarterback is on his way to his tenth Super Bowl  appearance. This is double the next highest appearances by a quarterback with John Elway at five. In his first year with the Buccaneers, Brady has already won as many NFC Championships as Aaron Rodgers and Drew Brees. This will also be Brady’s third Super Bowl appearance in his forties. On top of all of this, Tampa Bay will be the first team ever to host the Super Bowl in their own stadium. Just add all those statistics onto Brady’s already impressive resume.

This was a fantastic game from start to finish. For the Buccaneers, every part of their team played great. Coach Bruce Arians was also severely more aggressive than Green Bay Packers coach Matt LeFleur. This paid dividends for Tampa Bay. The Brady touchdown pass to WR Scotty Miller to end the second half was a turning point in this game. Speaking of Brady, he wasn’t perfect, but he did complete some big passes when it mattered most. While some of his deep passes were great and extremely accurate, his three interceptions were pretty bad. It doesn’t look like Brady has lost much arm power, but some of his throws were forced and didn’t reach their mark downfield. Luckily for Brady, he’s surrounded by an excellent receiving core that was headlined by Chris Godwin. Godwin was instrumental in Tampa Bay’s victory, catching five passes for 110 yards and sealed their victory with a six yard rush.

The Buccaneer’s offense was great, but their defense may have been even more impressive. Cornerback Sean Murphy-Bunting had a great interception. The defensive line was brutal all game long. Linebacker Shaquil Barrett had three sacks and defensive end Jason Pierre-Paul had two. If this defense can play this aggressive again in two weeks, they may have a chance at slowing down Kansas City Chiefs QB Patrick Mahomes.

This was a hard loss to swallow for the Green Bay Packers. LeFleur was way too passive near the end of the game, opting to kick a field goal before the final two minutes of regulation instead of trying to tie the game up in the red zone. Giving the ball back to Brady is never a good idea. Defensive coordinator Mike Pettie has also been under fire this past week as his defense was torched by the Buccaneers. They gave up 351 yards and had a terrible play call on the Buccaneers touchdown to end the first half. This was a very winnable game for the Packers, but their passiveness cost them and some big plays finished them. RB Aaron Jones fumble to start the second half was a killer for them.

The Packers missed tackle David Bakhtiari as Rodgers was pressured all night. Even without a complete offensive line, Rodgers had a good game. He threw for 346 yards and three touchdowns with only one interception. With a first round quarterback shadowing Rodgers in the locker room, nobody knows how much longer his future in Green Bay is. If the Packers want to get back to the Super Bowl with Rodgers playing like an MVP player, they will need to make some changes this offseason.

In case it wasn’t already evident, Mahomes is the most talented quarterback in the NFL right now. Mahomes finished this game throwing for 325 yards and three touchdowns in route two his second Super Bowl in as many years. Mahomes was consistently making accurate and flashy throws all game. It wasn’t just him however, the Chiefs receiving core was fantastic and made Mahome’s job easy. The Chiefs receivers were consistently torching Buffalos secondary and were wide open on several plays. WR Tyreke Hill and Mecole Hardman are probably the fastest players in the league. Hill was especially dominant, finishing the game with 172 yards. The best receiving tight end in the league, Travis Kelce, also made his presence felt by catching two touchdowns on 13 catches for 118 yards.

The Chiefs defense also played extremely well, as they were continuously pressuring Bills QB Josh Allen. They racked up four sacks and were led by defensive end Frank Clark who contributed two of them. Their secondary also played well and aggressive.

It was a rough loss for the Buffalo Bills. There isn’t one thing to point at that signals why they lost this game. They were just a young team in their first AFC Championship game. Going against the defending champion Kansas City Chiefs was always going to be a tough task.

Allen had a great game in this loss. While it may not show up in the box score, Allen was constantly under pressure and had to escape sacks, scramble to keep plays alive, and think quickly on his feet. He did have a costly interception that went right out of the hands of his receiver on a slant route and into Chiefs cornerback Rashad Fenton’s arms. Allen was great running the ball, finishing with the most rushing yards on the team with 88. Passing wise, Allen finished the game with 287 yards and two touchdowns.

The Bills defense had an extremely difficult time slowing down Mahomes and covering the Chiefs receivers. Coach Sean McDermott was also out coached by Chiefs coach Andy Reid. McDermott opted to take several field goals over going for it on fourth down. When playing the Chiefs, it’s never a good idea to give the ball back to Mahomes. The Bills are a great young team who finished their season on a bad note. If they continue to work and play like they have this season, there’s little doubt that they will be back to the AFC Championship game once again.