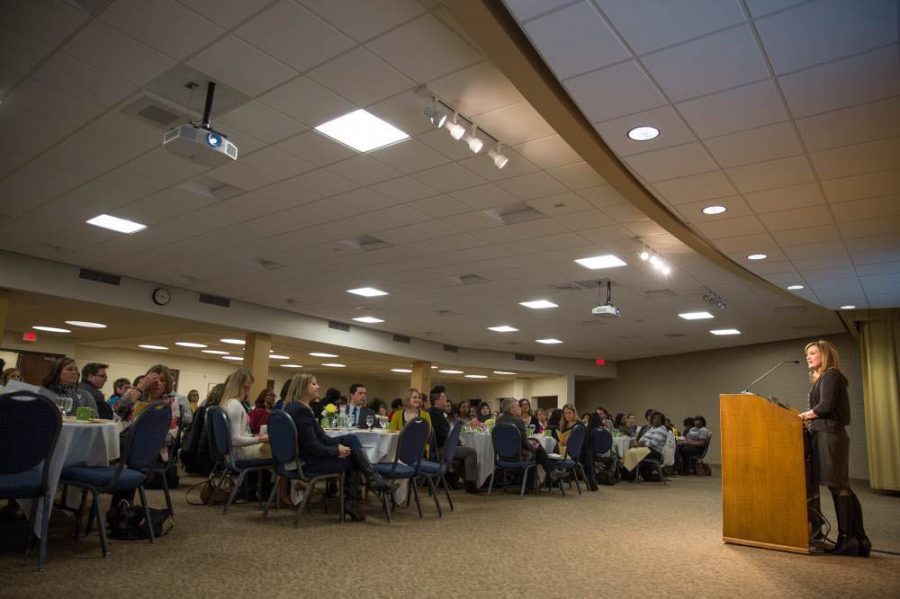 Attendees of the Unboxing Masculinity Conference will have the chance to participate in a multitude of workshops all aimed at exploring gender expression and breaking down gender misconceptions, including “Beyond the Gender Binary,” “So you wanna help?: Considerations for men engaging in long-term allyship” and “The Impact of Culture on Gender-Based Violence: An African Perspective.”

“The pressures our society puts on us to abide by a specific gender is harmful to everyone, and hinders everyone’s ability to express themselves,” said Leah Short, violence prevention and education coordinator at the Center for Women and Gender Equity. “The overall goal of the conference is to expand participants’ understanding of gender, gender norms and gender roles.”

The Center for Women and Gender Equity started this conference a few years ago as a way for the GVSU community to imagine a world without toxic masculinity and harmful gender misconceptions. During the conference, participants will be encouraged to ask and explore the question of what it would mean to create a community and culture that affirms everyone’s gender identity and expression. The event also hopes to create a space for its participants to reflect on their own experiences with gender in a world that continues to perpetuate strict gender norms.

“Attending a conference like this might be the first time someone has been given a chance to reflect on their gender expression,” Short said. “It may also be the first time men hear that they too can be a victim/survivor, that they can express themselves emotionally, and that they are not alone in their experiences. We are doing a disservice to not offer space for these discussions early on in K-12, so making space now is taking a step in the right direction.”

While different forms of gender expression have been more widely accepted in recent years by some communities, society as a whole still runs into the issue of relying on ingrained gender norms to categorize “correct” and “acceptable” means of gender identity. Most recently, men who choose to wear skirts and dresses on social media have started a debate within certain circles about how the way a man chooses to dress either is or isn’t tied to their masculinity, depending on what side of the argument they fall into.

“Oppression and gender roles are harmful and restrictive to all of us, and that includes men,” Short said. “All of us are capable of toxic behaviors that we are socialized to believe are the ‘right’ way of existing, and we have a choice we can make to change that narrative.”

Through the Unboxing Masculinity Conference, the organizers hope that participants take away the idea that gender exists as a continuum rather than a binary, meaning that there is no set way of expressing gender and that the continuation of toxic masculinity only works to hurt everyone within the community.

As the conference continues to expand in the upcoming years, the Center of Women and Gender Equity hope to increase its planning committee to include students from every community on campus to continue these conversations about gender expression around campus. By keeping this important conversation alive, GVSU can start building a community of students who feel comfortable freely expressing themselves and exploring their identity.

To register for the Unboxing Masculinity Conference, visit bit.ly/3nzCKJ.