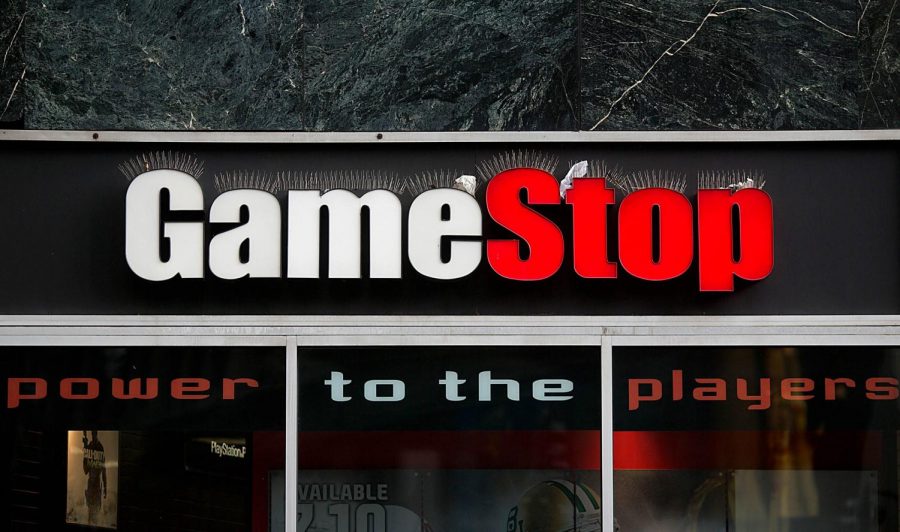 In the last two weeks, Redditors have teamed up to take the stock market on a wild ride, sending stock prices for struggling companies such as AMC, Nokia and most notably GameStop “to the moon.” While stock prices for these companies have come crashing down in recent days, retail traders managed to inflate the price of GameStop from around $20 per share to nearly $500 per share at its peak.

The idea began circulating on a subreddit called WallStreetBets, which is an online forum within Reddit where users discuss which stocks they are buying and selling. They made GameStop the primary target because it was discovered that hedge funds were short selling the stock, as GVSU economics professor Dan Giedeman explains.

“What short selling is is this: I borrow the stock from somebody,” Giedeman said. “So let’s suppose we’ve got a stock right now that is worth ten dollars, but I think it is really only worth five dollars, so I can borrow the stock from somebody. I kind of have to rent it. You have to pay them interest. They’re not going to let you borrow it for free, but I borrow it from them and sell it for ten dollars on the open market. And then I wait until the stock price falls and I buy it back for six dollars. I hand it back to the person I borrowed it from and I get to pocket the four dollars in profit, so that is how you can make money by shorting a stock”.

The strategy for the retail traders who were inflating the GameStop price was to force the hedge funds who were shorting the stock to lose money by having to pay the difference in the inflated stock price instead. The inflation became so out of control that day trading apps like Robinhood had to cut off sales of these stocks within their platform, causing outrage toward the company online.

He also warned against getting into the stock market without being properly educated first.

As for the overall impact on the market, Giedeman does not believe that the GameStop situation will radically change how things work.

“I think it’s a thing that introduces another level of risk that just makes another layer in markets that are already risky enough,” Giedeman said. “It will be a footnote and a case study that finance professors can use in a decade or so.”

Students who are interested in learning more about the stock market and the recent news can attend the Economics Club virtual talk “GameStop and the Reddit Rebellion” hosted by Giedeman on Wednesday, Feb. 10 at 6 p.m.