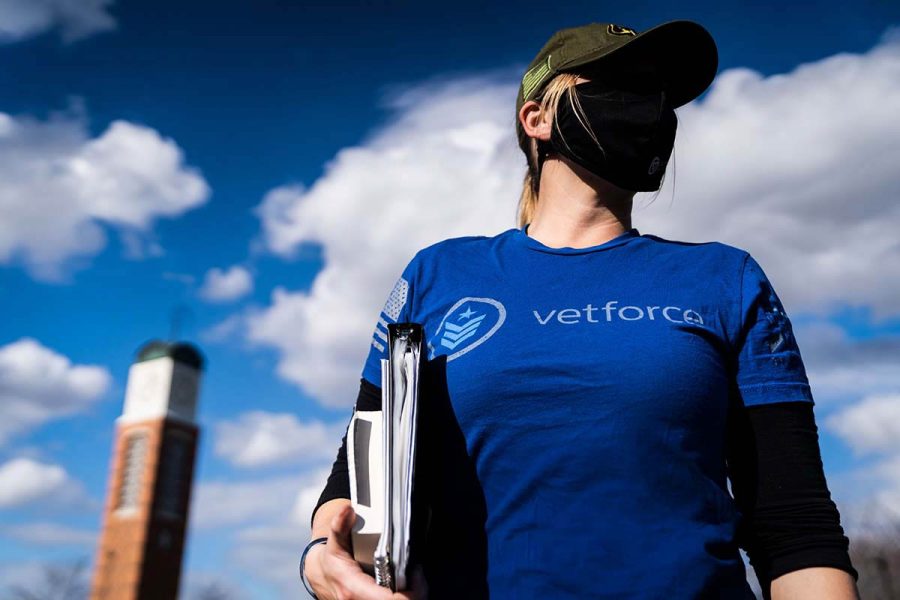 In the wake of the October death of philanthropist Peter F. Secchia, his family has given a significant gift to the Grand Valley State University community. This generous donation goes directly to the Peter F. Secchia Military and Veterans Program, which recently announced the GVSU Veterans Promise. The GVSU Veteran Promise guarantees that all 2021 Michigan high school graduates — public or private — who have signed enlistment papers to serve in the U.S. military for at least two years are reserved a spot at GVSU upon exit of their service.

Secchia, who was a service member himself, became a well-known philanthropist and entrepreneur in the Grand Rapids area in his later years. His support of GVSU will increase initiatives and offer support to not only service members but their families as well.

“Dad would have been pleased that our family can support these men and women who have given so much for all of us,” said Charlie Secchia, Peter’s son. “We are excited about Grand Valley’s plans for the future and excited to be a part of it.”

The new program was announced in November and automatically grants admission to high school graduates of 2021 who enlist for and complete at least two years of military service. Both officers and enlisted members are eligible for this program.

Eligibility extends to members of the Army, Navy, Air Force, Marine Corps or Coast Guard Reserves, Army National Guard, or Air National Guard granted that they meet a few requirements. Included in those are having either a six-year service obligation in the Selected Service or are an officer in the Selected Reserve who agreed to serve six years in addition to their initial service obligation.

GVSU is the first university not only in Michigan, but perhaps the entire nation to offer such a program aimed at service members.

“As a university, we are committed to removing barriers to enrollment for a wide variety of populations and our veterans are no different,” said President Philomena V. Mantella in a release.

This program grants additional support and resources to both active-duty service members and veterans. It will provide career support, assistance in the transition from military to civilian careers and support the development of multifunctional spaces.

The program is not a financial aid program — it is simply a guarantee that Michigan’s 2021 high school graduates who serve in the military will be guaranteed admission to the university, once they’re ready to apply. However, the GVSU Financial Aid Office is more than willing to help participants make the best of the other military benefits.

More information about GVSU’s Veteran Promise can be found on GVSU’s website at www.gvsu.edu/vetpromise.