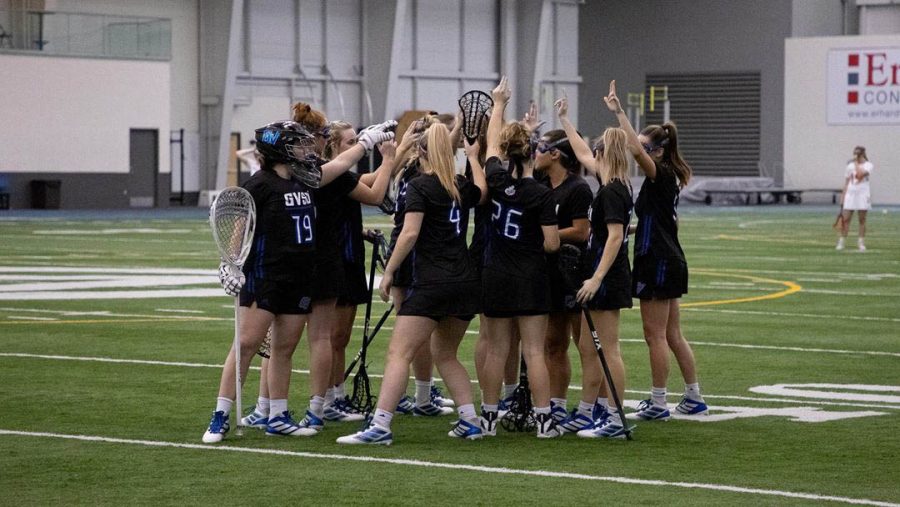 The Grand Valley State University women’s lacrosse team was one of many sports teams who had their season cut short in 2020. Though players were given an extra year of eligibility to make up for lost time, they are confident that after last hot start will continue.

The team plays the first of their 13-game season on Feb. 26 against Findlay, entering the pre-season with a solid No. 11 national ranking and a chip on their shoulders. The Lakers have had all new coaches and players since 2018, continuing a streak of great performances that have kept GVSU in the mouths of teams for years.

Though the team has added nine players to their roster over since November, coach Mackenzie Lawler was quick to praise Esposito as a player who she has watched develop over their three years together.

“She is one of the most humble players I’ve coached,” Lawler said. “Her speed and ability to help on the draw has been nice, and she is an offensive threat with or without the ball.”

Esposito is a quiet but calm presence on the team. She was one of five players named captain for the 2021 team, and has shown steady improvement over her years at GVSU with 12 goals as a freshman, 27 as a sophomore and 11 in only four games during last season’s short season.

Esposito has shined bright during her time with Lawler, and has fit into her role as team captain by being an exemplary midfielder on both sides of the ball.

“I think I lead more by example than I do vocally, but I think that with my experience now being here all three years I can fill the role of captain,” said Esposito.

The last time this team saw a tournament game, they lost a close contest to the University of Indianapolis team in overtime back in May 2019. They were once in the GLIAC division and were often the biggest threat on the Lakers’ schedule, something that both coaches and players still hold to this day.

“We have another ranked team when we play Indy of course, and we want to work our way up the rankings so it starts with them,” Esposito said. “I think we will work our way up hopefully to a NCAA tournament, but there is definitely rivalry there. They beat us in a very close game and we still hold onto that pain today.”

The Lakers face off against the Greyhounds on Mar. 20 in Allendale, a game with high stakes for both teams that will impact their national rankings in a big way. For those who were there in March of last year’s game against Lindenwood, this team is as ready as they ever will be. They beat the team currently ranked No. 2 in the country during a dominant game in which Lindenwood never took the lead.

Considering that game was the last time this team saw the field outside of practice, it was a sign of what would have been a promising season if it weren’t cut short.

“It was tough since we just beat Lindenwood and we were off to a hot start, but we’re excited for this season,” Lawler said. “We’re ready to bring a GLIAC championship back home to GVSU.”

The odds of that are favorable, with Concordia St. Paul being the only other nationally-ranked team in the conference.

“They’ve always been a scrappy team, and they just got a new head coach along with some really talented girls so we look forward to seeing them this season,” said Lawler.

The Lakers will see the Golden Bears twice in the beginning of April, both of which are in Allendale. As for the future of this team, it’s something that students here at GVSU should pay attention to since they are well on their way to starting this season strong and ending it as GLIAC champions.

The team travels to Findlay, Ohio to face off against the Findlay University Oilers on Feb. 26. They will see several other teams from outside of the GLIAC conference before starting conference play on Mar. 26 against Upper Iowa.