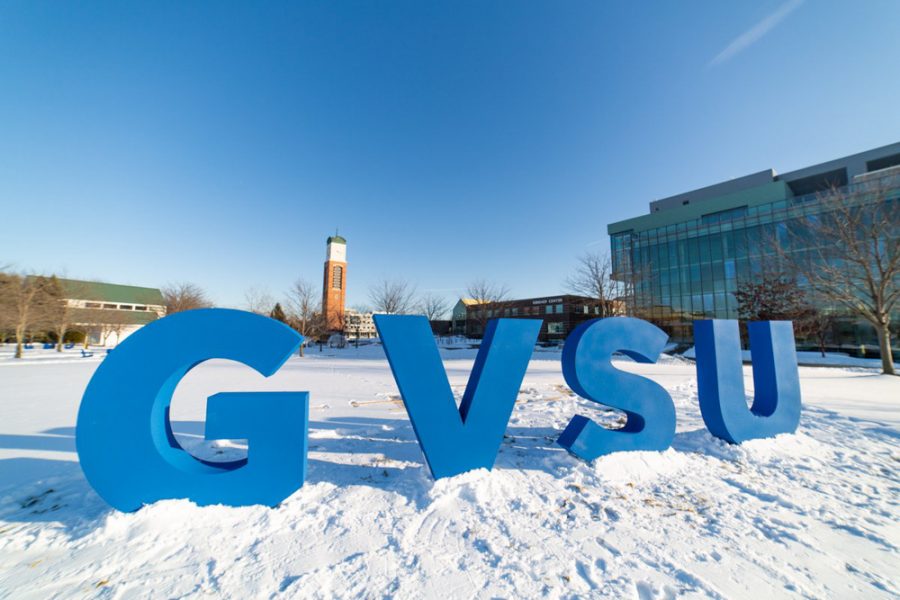 Update 3/12/20: This story was updated to clarify the relationship between Students for Food Sovereignty’s founding members and Student Senate. Founding members of SFS were also former members for Student Senate, but the organizations have no current affiliation with each other.

In November 2020, two former student senators decided to form a chapter of SFS in response to the issue that they noticed in the campus dining system. Their goal is to make food education more accessible and empower students to build a system of food sovereignty on campus. They believe that the first step for making a change would be to end GVSU’s contract with Aramark.

Aramark is the company that currently supplies food to GVSU’s campus. The contract with them started in 2001 and was renewed in 2019 for several more years. However, some students, especially those in SFS, have taken an issue with Aramark.

“I joined SFS at GVSU because I believe GVSU needs to be held accountable for its lack of nutritious, fresh, and dietary-inclusive foods, as well as its blatant apathy towards Aramark’s profiting off the prison industrial complex,” said Gracie Barrett, the Administrative Director of SFS. “I believe all GVSU students will benefit from a self-operated dining system.”

“As a vegetarian …I was faced with the same three options- salad, a vegetable sub sandwich, or mac and cheese that both my friend and I got sick from. There were days that I would choose to eat nothing at all or microwave food in my dorm rather than walking to the dining hall for food I didn’t want,” said Jaden Russell, the Events Coordinator of SFS, “This is just one way food insecurity can look on a university campus, and we shouldn’t be forcing our students with alternative diets to be making this decision.”

Currently, SFS is working to submit a proposal to GVSU about cutting their contract with Aramark. They are working to organize a feedback session in order to get more student opinions and collaborate with other student organizations.

“I joined SFS because all students, regardless of race, economic background, or dietary restrictions, deserve to have food available to them that is healthy and culturally appropriate,” said Alex Hicks, the Communications Coordinator of SFS. “Student activism has always been something that is important to me, and I believe that SFS has the capacity to create positive change on our campus.”

Though GVSU does have some food options, the SFS believes it is often not enough for the students who need them.

“Something that drew me in about GVSU was their ‘inclusiveness’ and willingness to change,” Russel said. “However, the more time I spend as a Laker, the more I realize this to be untrue. GVSU loves to talk the talk but not walk the walk. I’m joining SFS to hold GV accountable for the things they do”

SFS is active on many social media sites and can be found @svs.gvsu on Instagram, which is their most-used platform. All students are welcome to join and attend meetings, which run every other Monday from 8-9 p.m.