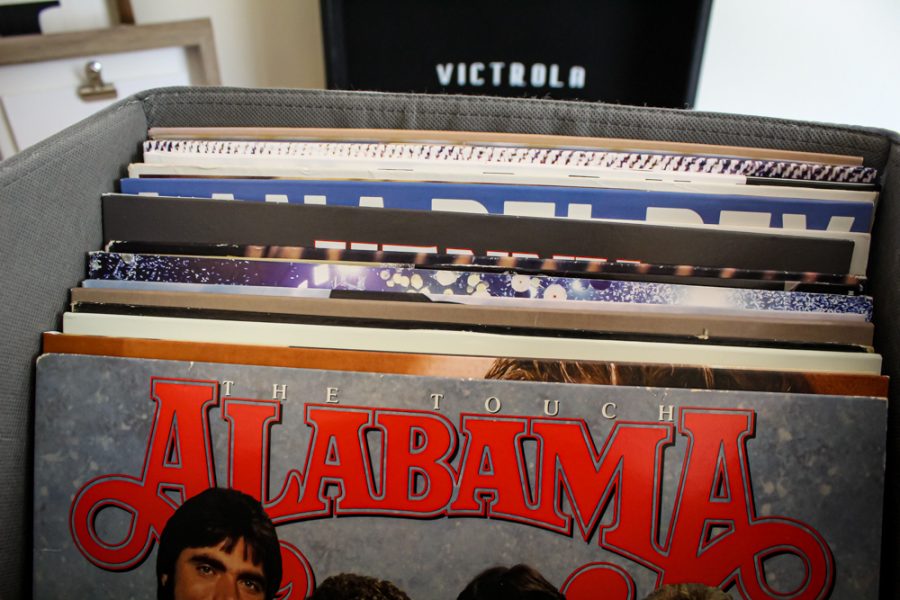 The phonographic record, or what would later become known as the vinyl record, or simply a vinyl, has been a staple of the audio industry since it was first introduced to the world by Thomas Edison in 1877.

There’s no doubting vinyl’s domination of the music market throughout the entirety of the 20th century. The advent of more efficient methods of data storage and playback near the millennium seemed to spell certain death for the classic record format, however.

Yet, somehow, vinyl persists. Despite the deck stacked against them, records have seen a resurgence of interest starting in the early 2010s. Sales of records nearly tripled from 2009 to 2014 alone.

According to New Musical Express (NME), in 2020, the record for most vinyls sold in a single week was broken, and then broken again the very next week, with a staggering 1.98 million records sold. It was also the first year vinyl outsold all other physical formats since the 1980s.

Ryne Clarke, a Lowell, Michigan native and 22-year-old frontman for The Ryne Experience, is both an avid vinyl collector and an artist familiar with the process.

“I started collecting records when I was about 12,” Clarke said. “I have a personal vinyl collection of over 1,100 records.”

When Clarke first began collecting, he said he was mostly interested in the cover art that adorned the record sleeve. His true love, sitting down and just listening to an LP, didn’t arise until Clarke’s grandfather had him transfer his collection of hundreds of albums onto CDs using a special record player.

“I had to sit down in real-time and space out each of the songs, and that’s what got me hooked,” said Clarke.

The medium of the vinyl itself is what carries the charm, which is why the format is still so popular amidst the streaming boom of the internet age. However, it also means a certain amount of care must go into their manufacturing.

“If there’s anything that irks me… it’s when artists don’t do justice to the medium,” said Clarke.

“Funky Town,” the third album from The Ryne Experience, had its own vinyl pressing run, which Clarke said sold out. The process offered the band a unique opportunity to experiment with the medium, something Clarke said he hopes to do again.

“I’m glad there’s a following for it,” said Clarke.

Erin Lenau, singer and songwriter for Hollywood Makeout, another west Michigan band dipping its toes into vinyl releases, said the physicality of the vinyl feels very special for them.

“We wanted to do vinyl because it’s just kind of cool, you know,” Lenau said. “It’s cool to have that physical piece of your record. It makes you feel like a real band.”

Lenau also said that while most people think getting your music on a streaming service like Spotify is a serious accomplishment, it’s much cheaper and easier than a vinyl pressing, which also means it’s a lot less rewarding.

“For artists, vinyl is something they want,” Lenau said. “It feels weighty, it feels real. It’s like a memento of the things you’ve done.”

Vinyl’s legacy is clearly far from complete for creators and consumers alike. As music moves to almost entirely digital spaces, it seems as though the resurgence of tangible records may still not have seen its peak.