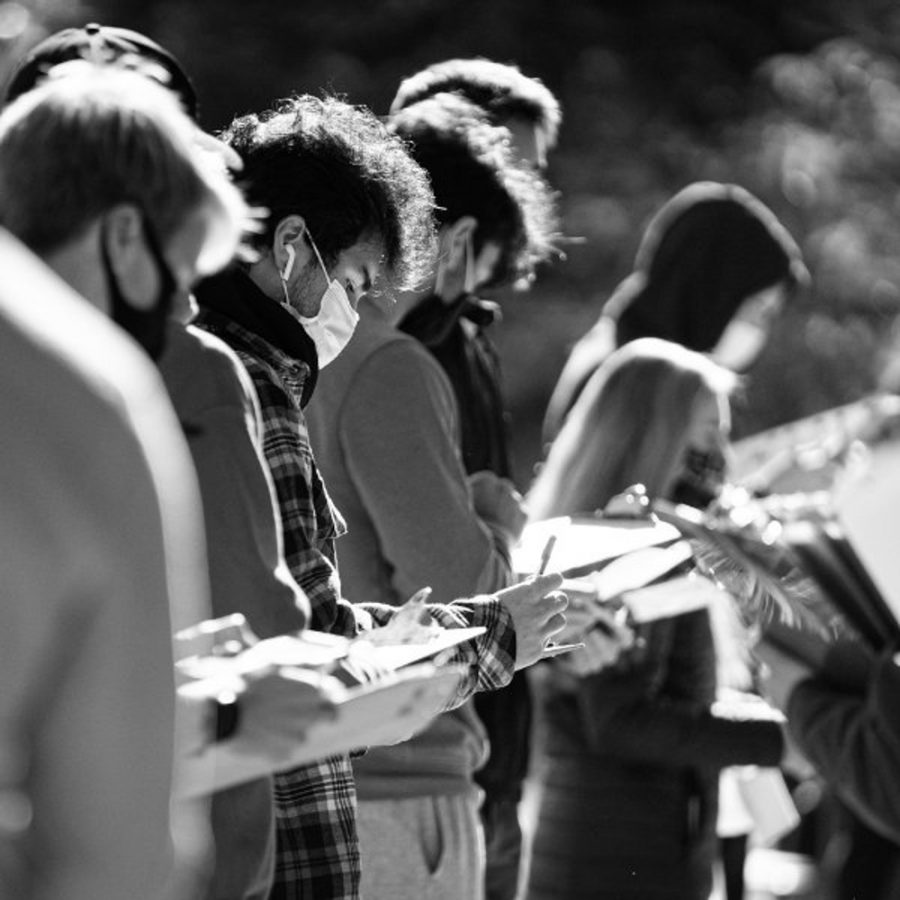 Grand Valley State University has received the designation of a voter-friendly campus by the Campus Vote Project and National Association of Student Personnel Administrators (NASPA).

According to the NASPA website, the title was awarded to 235 colleges and universities across 37 states that engaged their campus communities and promote voter registration and voting as part of their institutional mission.

Associate Director of Student Life Melissa Baker-Boosamra said that the title is a reflection of the hard work of GVSU students. Students are the ones working hard to do this work on behalf of the GVSU community, she said.

“More than anything else, it’s an affirmation of our students’ passion, commitment and willingness to do the work to make sure that their voices are heard in the democratic process,” said Baker-Boosamra.

Student senator Julian Sanders spearheaded a vote early initiative called Parade to the Polls during the fall semester. Along with other student leaders, Sanders planned events encouraging students to vote in the 2020 election.

For Sanders, the designation reflects the hard work done by the GVSU community that sets the university apart.

“All of us as a campus community play a part in receiving that recognition because we all play a role here at the university,” Sanders said. “To me, it shows that are we in great hands under our current leadership and that we’re continuing to be an example to our surrounding institutions and future students.”

Sanders said that providing young people with the opportunity to exercise their right to vote, in many cases for the first time, was an inspiration to him.

“There are so many young Americans who either weren’t able to vote four years ago because of their age, or simply because they didn’t have an accessible polling place to go and vote,” Sanders said. “This was a really important inspiration for me, utilizing the satellite clerk’s office that we had on campus to really drive our campus community to vote.”

Due to the COVID-19 pandemic, the office of student life had to get creative with events and making voting accessible to students, Baker-Boosamra said.

“I’m really proud of how creative our students were, and the ways that in light of all of those challenges, we were still able to get out the messaging and make sure students knew how to register, how to request an absentee ballot, or how to vote,” said Baker-Boosamra.

The CSLC hosted events for Vote Early Day, like the Parade to the Polls, and registration “couch parties” during National Voter Registration Week. Baker-Boosamra said that over 800 students registered or requested absentee ballots through the satellite clerk’s office located in Kirkhoff Center this November.

After a challenging year, it is rewarding to know that student’s work received recognition for the positive impact it had on their campus community, Sanders said.

“It was just a great opportunity to bring the community together to get excited about voting,” said Sanders.