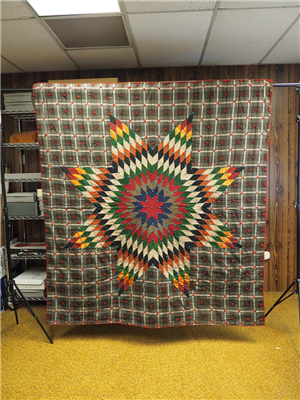 Every March, the Grand Valley State University community comes together to celebrate Women’s History Month with several events and panels hosted throughout the entire month. On March 17, the Kutsche Office of Local History held their second event for the month featuring a series of presentations about lesser-known women in West Michigan history. Their mission is to give voice to diverse communities through history, and one of the ways they do so is by running their annual local history roundtable.

Part of recognizing and celebrating women’s history is featuring the successful and famous women throughout history. Unfortunately, it isn’t often that time is put aside to recognize those who were important to their communities but never reached national fame. Who recognizes and understands the voices of these lesser-known women in West Michigan’s history?

For the historical societies and museums, their employees and members work hard to give a voice to the underrepresented voices of women across time. The three panelists for this event came from those same organizations, David M. McCord of the Ionia County Historical Society, Brenda Nemetz from the Lakeshore Museum Center, and Kristen Wildes of Ada Historical Society. Each presenter brought with them the life story of one lesser-known woman who played a significant role in their communities.

McCord’s presentation featured the legacy and life of Nina Kate Preston who resided in Ionia township during the late 19th and 20th centuries. Born in 1874, she went on to earn a certificate in library work.

Her most significant work existed in her role as a librarian in Ionia, library visitor across the state of Michigan, and in the Michigan Library Association as president and secretary at separate times across her life. Under her direction, she implemented and continued the expansion and progress of many libraries across Michigan, sometimes helping as many as 80 communities’ libraries in one year.

“She was described as ‘always being a pleasing speaker’ in her work with the libraries,” McCord said. “In working up interest in the establishment of new libraries she was wise and patient. Setting herself to study the problems of individual communities with thoroughness, she has perhaps placed more librarians than anyone else in Michigan.”

For Nemetz, her presentation featured a woman of color, Rosie Lee Wilkins, a quilter who lived in the Muskegon community during the 20th century. The search behind Rosie’s life story turned out to be difficult in a variety of ways, from learning that she went by several different names, had at least two husbands, and had originally moved here from Mississippi in 1952 with her first husband and children. Nonetheless, Nemetz’s search eventually taught her how Rosie made extensive progress in the quilting community both locally and nationally, making over 100 quilts in her lifetime and being featured at quilting events like the Smithsonian Folklife Festival in 1987.

An important part of researching Rosie was making sure that the museum represented the entire Muskegon community, sparked by the BLM movement this past summer. Previously, the museum lacked representation of the black community.

“It became something that we were more aware of than we had in the past,” Nemetz said. “We took a hard look at our quilt collection and tried to answer the question, who actually made these quilts? We have started being present in our community and widening the scope of who we acknowledge in our records, recognizing our collection’s past biases.”

Finally, Wildes discussed the history of Ma Loveless, a performer, public servant, and nurse in the Ada community during the 20th century. As a nurse, she would help the village’s doctor whenever he needed help. As a member of Ma Loveless and Her Boys, she would play the piano for ragtime and honky-tonk tunes across the area. As township clerk, she fulfilled that elected role for 16 years right up until her passing in April 1961.

“I just love her ability to go into so many fields,” Wildes said. “There was a real spark in her. I appreciated the opportunity to look at her different facets and discover her legacy today at a farm that hosts Friday dances to this day.”

What all these women can teach us, even with the variety of legacies and careers each pursued, is how little we know about the important women in the communities we were raised in.

“We noted that in year’s past individuals existed that everyone in the community knew, but now no one has heard of them,” McCord said. “There are a lot of people that were very prominent, especially pre-Civil War. I can’t wait to try and find more about them and hopefully find the family members who are still alive today.”

If you are interested in hearing more about these women’s life stories, you can access a recording of the presentations on the Kutsche Office of Local History website at gvsu.edu/kutsche. The next event will be held on March 24, featuring a discussion about women in Grand Rapids during World War.