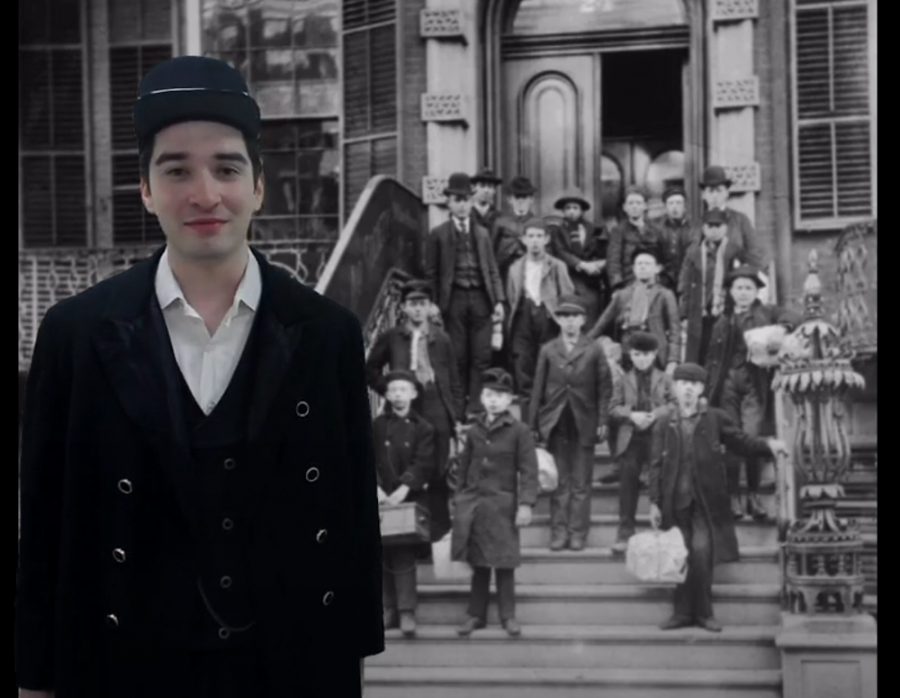 Throughout the return to campus and slow acclimation to the new COVID-19 lifestyle, Grand Valley State University players have been there to provide entertainment and escapism — even without an in-person audience or a stage.

However, the GVSU Theatre Department’s most recent production, “Orphan Trains” by Deborah Craig, approached the tried-and-true Zoom format a little differently. For this production, the actors were able to be together, but the show was still performed for the audience in a virtual setting.

Taking place March 25-26, the play focused primarily on the story of six unfortunate kids as they embarked on a titular orphan train.

Based on true events, the Orphan Train Movement was ultimately a precursor to organized foster care in America, as during the late nineteenth century, there was an epidemic of homeless, abused, or otherwise unwanted children, with almost 30,000 in New York City alone.

While this may not sound like much by today’s standards, it’s important to note that at the time, NYC only had a population of 500,000, meaning over five percent of the city’s residents were children living on the streets.

These children were loaded onto empty trains and essentially redistributed across America, especially in the Midwest, where they had a much higher chance of finding a home. By the time it ended in the 1920’s, it is estimated that over 250,000 children were relocated.

Marcus Chapman, a former history major and the Director of “Orphan Trains” at GVSU, said that he was first drawn to the script because of its informative nature on a lesser-known part of American history.

That latter part is another reason the script spoke to Chapman. He said that while doing research for the play, he realized just how pertinent some of the themes and story beats were to the present.

“As I read more about the cruelty of (orphan trains), it reminded me a lot of what’s happening at our southern border with children being detained,” said Chapman.

Chapman also said he thinks the production may have been perfect for that stubborn older relative with infamous old-fashioned opinions. He said he felt that the flow of the story would be a great teaching aid for those “who may not want to acknowledge the wrongdoings that are happening today.”

Ultimately, Chapman said he wasn’t trying to change opinions or sway his audience one way or the other, and he doesn’t think that was very likely to happen. But, he did make it very clear that the play had a grander purpose than a history lesson.

“If anyone takes something away from it, I want them to see that this country has a very long history of mistreating immigrant children, and I want them to have to sit with that for a while,” said Chapman.